Louis Vuitton has won a round in its lawsuit against Dooney & Bourke. 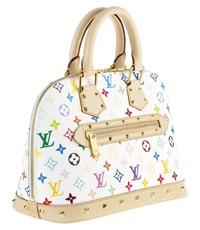 NEW YORK — Louis Vuitton has won a round in its lawsuit against Dooney & Bourke.

The U.S. Court of Appeals for the Second Circuit reversed a District Court’s denial of a preliminary injunction requested by Vuitton against Dooney & Bourke. The Appeals Court sent the case back to the lower court for further consideration.

The Appeals Court said it vacated and remanded the portion of the District Court’s order “addressing Vuitton’s Lanham Act and New York State trademark infringement and unfair competition claims,” but affirmed the aspect of the lower court’s order that denied the injunction “based on an alleged dilution of plaintiff’s [Vuitton’s] mark under federal law.”

The Lanham Act is meant to protect identifications of a brand or product.

“Louis Vuitton is gratified that the Second Circuit Court of Appeals has reversed the District Court’s denial of a preliminary injunction against Dooney & Bourke’s improper imitation of LV’s famous Multicolore mark,” said a statement from Vuitton.

In August 2004, the Manhattan District Court denied a request for a preliminary injunction by LVMH Moët Hennessy Louis Vuitton against Dooney & Bourke for trademark infringement of its Monogram Multicolore handbags collection, part of the Murakami collection. The Vuitton and Dooney & Bourke handbag collections both feature multicolored logo designs on either white or black handbags. Prices for the Vuitton line spiral into the thousands of dollars. Bourke’s It bags collection retails from about $20 to $195.

The 2004 LVMH lawsuit said nearly 70,000 handbags and accessories featuring the Murakami design have been sold in the U.S., at a market value of over $40 million. Industry sources estimated sales of the total Murakami line brought in a minimum of $345 million for the brand in 2003. The line, which was launched in 2002, is still popular and Vuitton now offers jewelry, watches and footwear in the Multicolore collection.

A new court date to reconsider the preliminary injunction has not been set, according to Thomas McAndrew, the lawyer for Dooney & Bourke president Peter Dooney.

McAndrew said, however, “Peter Dooney used his own registered trademark logo. There is not one element on the Dooney bag that is on the Louis Vuitton bags. Of the hundreds and hundreds of bags that were sold by Dooney & Bourke, no one was confused that they were buying a Louis Vuitton bag.”

The Appeals Court concluded that, on remand, the District Court “should consider the precise trademark claimed by the plaintiff and whether, under market conditions and when viewed sequentially, Vuitton can prove likelihood of confusion between its Multicolore mark and the pattern of Dooney & Bourke’s It bag.”