The powerhouse brand may continue to be outpaced by its luxury peers in the fashion and leather goods division. 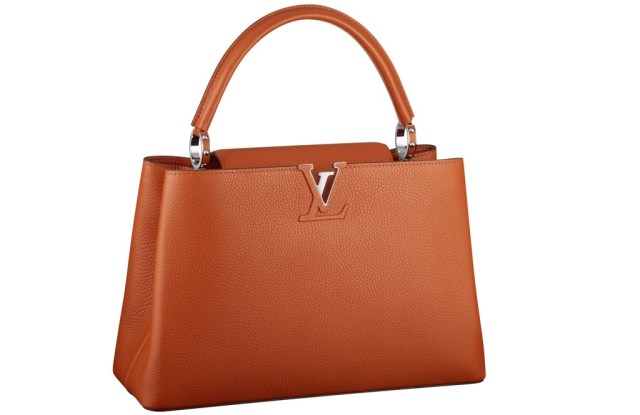 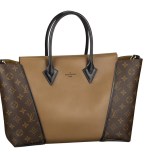 PARIS — Louis Vuitton’s shift to higher-priced leather bags is “not a three-week process,” meaning the powerhouse brand may continue to be outpaced by its luxury peers.

That was one of the main takeaways from a conference call Wednesday to discuss third-quarter results at LVMH Moët Hennessy Louis Vuitton, where revenues rose 1.7 percent to 7.02 billion euros, or $9.3 billion, missing consensus expectations and indicating slowing growth from earlier in the year.

Investors frowned on the figures, sending LVMH shares down 4.2 percent on Wednesday to close at 138.70 euros, or $187.67 at current exchange rates, on the Paris Bourse.

During a question-and-answer session with analysts, chief financial officer Jean-Jacques Guiony also warned that raw materials could constrict growth as Vuitton strives to sell more high-priced leather bags in lieu of ones in monogram canvas.

“The big challenge is mostly on the supply of quality leather, which is a scarce resource,” he said.

While Vuitton trumpeted the success of its luxurious new W and Capucines purses, fronted in advertising by actress Michelle Williams and priced respectively from 2,500 and 3,500 euros, or $3,380 and $4,730 at current exchange rates, Guiony cautioned that strong sales of such top-end products have not yet had a major impact.

He also specified that Vuitton “slightly” underperformed other brands in the fashion and leather goods division, which includes such names as Céline, Fendi, Givenchy and Berluti.

“Moving the [needle] in such a large company takes time,” he stressed.

Price increases in Japan that came into effect in July sent Vuitton’s sales in that region into midsingle-digit negative territory for the third quarter. By contrast, the brand was up “more than midsingle digits” in the U.S., performed similarly well in Europe due to strong Chinese tourism and was “flattish” in Asia.

Guiony said it was “too early” to make any comment on the succession plan at Vuitton, given that Marc Jacobs is stepping down after 16 years as artistic director to focus on his signature fashion house.

“We have a major opportunity to develop this business further,” Guiony said of the Jacobs brand, believed to be approaching the billion-dollar range. “The opportunity in the contemporary market is very strong and we intend to benefit from that.”

Asked about the rationale for a possible initial public offering for Marc Jacobs International, Guiony made clear LVMH has no need to extract cash from the business. “We are not the only shareholders. Marc Jacobs and [longtime business partner] Robert Duffy are also shareholders. An IPO may enable them to get liquidity on their shares if they want to.”

Guiony highlighted strong business in the United States, and a stable situation in China.

“The U.S. market has been an area of robust growth for the group throughout this year, and particularly in Q3,” he said, pinpointing organic growth of 10 percent in the country, versus 9 percent in the first half.

He noted all business groups “are doing well” in America, with fashion and leather goods and wines and spirits accelerating in the recent quarters.

LVMH revenues in Mainland China advanced about 5 percent in local currencies in Q3, better than the previous quarter and in line with the first half.

He noted that new travel regulations in China “could have an impact on DFS [duty-free sales]” in Hong Kong and Macau, but he suggested the new rules would not affect well-heeled tourists. “We’ve seen a drop in traffic, but a big increase in spending per head,” Guiony said.

For the first nine months of the year, sales at LVMH in local currencies rose 13 percent in Asia, 10 percent in Japan, 9 percent in the U.S. and 2 percent in Europe.

Negative currency effects, tied to the weak yen and dollar, shaved off as much as 8 percentage points from gains in some divisions.

As reported, selective distribution strongly outpaced other business groups at LVMH, logging a 12.8 percent gain in the quarter.

Guiony spoke of a contrasting picture across various regions. For example, perfumes and cosmetic sales were flat in Europe, and slowing but still double-digit in China. Like-for-like results for Sephora in the nine months improved 2 percent in Europe, 10 percent in the U.S. and close to 25 percent in Asia and the Middle East, he said.

Sales at the Dior fashion house increased 13.5 percent to 369 million euros, or $488.7 million, in the period, considered the first quarter as Dior’s fiscal year ends June 30, 2014. At constant exchange rates, the gain stood at 19 percent. Dior noted that all markets and product lines contributed to the strong quarter.