PPR on Thursday said luxury goods drove its 2005 net income ahead by 11.2 percent, and voiced "confidence" for 2006, thanks to a robust start at Gucci Group and improved retail conditions at home. 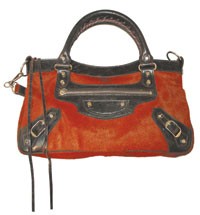 PARIS — PPR on Thursday said luxury goods drove its 2005 net income ahead by 11.2 percent, and voiced “confidence” for 2006, thanks to a robust start at Gucci Group and improved retail conditions at home.

Luxury sales through the end of February grew 19 percent, with contributions from all the group’s brands, especially Gucci, but also Bottega Veneta, Balenciaga and the long-struggling Yves Saint Laurent.

“Luxury should have a very solid year,” PPR chairman and chief executive Francois-Henri Pinault predicted at a meeting of analysts and reporters here.

Organic growth continues to be PPR’s top priority, Pinault said. But he didn’t rule out “strategic” acquisitions, and said the Redcats mail-order division would profit from the purchase of a nonclothing operation with a solid Internet presence in the U.S.

Questioned repeatedly about PPR’s intentions regarding acquisitions, Pinault stressed any addition would have to be “complementary” to the group’s existing portfolio. Pinault declined to comment on speculation that PPR was shopping around its Printemps department stores.

Recurring operating income grew 9.9 percent, to 1.08 billion euros, or $1.34 billion, on a 4.2 percent rise in revenues to 17.76 billion euros, or $22.12 billion. Currency conversions were made at average exchange rates for the year.

Pinault said “better” times were ahead for PPR’s retail operations, which have been beset by soft consumer spending in the home market of France and elsewhere in Europe. Through February, Pinault said retail sales increased 4.2 percent.

This story first appeared in the March 10, 2006 issue of WWD. Subscribe Today.

Stores are being rolled out, too; three Gucci shops are set to open in China this year, an indication of the growing importance of the Asia-Pacific region for luxury’s big players. Gucci will also open Tokyo and Hong Kong flagships in November, Pinault said.

In a research note, Goldman Sachs analyst Jacques-Frank Dossin said Gucci’s strong performance has “clearly” benefited from products that draw significantly on the brand’s icons, like the horse bit, bamboo, and signature red and green stripes. “By making these products much more recognizable, the brand has attracted rising consumer interest,” Dossin noted.

“In order to sustain long-term brand franchise, Gucci might gradually have to release more subdued collections in the future,” added the analyst, who added, “We believe that the spring/summer ’06 collection is actually starting to show less commercial products.”

Another star for PPR was Bottega Veneta, posting profits of 14 million euros, or $17.4 million, after losses of 7 million euros, or $8.7 million, in 2004. Ten new stores are planned for the brand, an area where PPR is stepping on the growth accelerator, Pinault said.

“This brand has a much greater profit potential than we initially thought,” he said.

Yves Saint Laurent finally showed some improvement late in the year as sales rose 16 percent in December, thanks to a warm reception of the cruise collection designed by Stefano Pilati. Pinault said full-price sales of YSL merchandise increased 20 percent in February, leading him to believe the house would “significantly reduce losses” this year. There had been speculation that Gucci Group might replace Pilati as the house’s women’s wear designer, although Gucci and PPR executives have firmly denied it.

But Pinault again declined to set a break-even date for the money-losing brand, which last year lost 66 million euros, or $82.2 million, a slight improvement from losses of 71 million euros, or $88.4 million, a year earlier. In a research note, HSBC analyst Antoine Belge noted, “We do not expect YSL Couture to break even before 2010.”

Pinault said most of the “smaller” houses were well ahead of their 2007 deadline to reach breakeven and that store openings would accelerate.

Balenciaga, for example, where sales climbed 116 percent last year, already has reached profitability. Boucheron, after restructuring and unleashing a barrage of new products, hit stride, too, with sales increases of 34 percent last year.