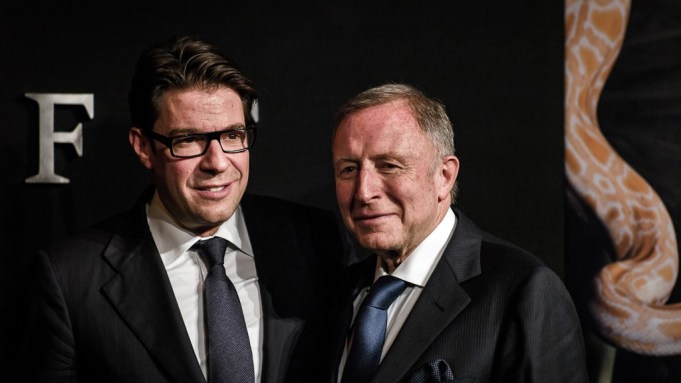 The company is planning to raise up to $1 billion in an initial public offering on the Hong Kong Stock Exchange, making it the latest luxury company to seek a listing in the Chinese city. Its IPO follows that of Prada last year.

The jeweler is selling its shares in an indicative range of 25 Hong Kong dollars to 37 Hong Kong dollars, or between $3.21 and $4.76, a share, according to people familiar with the situation. That comes out to 18 to 24 times the estimate for 2012 earnings.

The IPO’s official pricing will occur June 1, with trading expected to start one week later.

The offering comes at a volatile time for markets, which are under the cloud of economic and political uncertainty in Europe and the U.S. There are also concerns about Chinese growth starting to slow. Some financial observers expressed their doubts about what they consider to be a high asking price for Graff shares.

Alvin Cheung, associate director at Prudential Brokerage in Hong Kong, believes the offering will ultimately price at the lower end of the range because of weak market conditions.

The price range is “reasonable” but “investors are not so interested in IPOs recently,” Cheung said, predicting that most investors will prefer to stay on the sidelines. When market conditions are good, “everyone says [a valuation] of 20 [times PE] or even 21 is OK, but now it’s not the case.”

Terry Cheng, analyst at Piper Jaffray, believes Graff’s indicative range is on the high side and that a better valuation would be around 15 times earnings or closer to Chow Tai Fook’s valuation of 13 times earnings.

Unlike Chow Tai Fook or Tiffany, which enjoy a large customer base, Graff caters mainly to ultrahigh net worth customers who are generally less affected by economic slowdowns. Its top 20 customers accounted for 44 percent of revenues last year. Total revenue rose 22 percent in 2011 to $755.5 million, the company said in a filing with the Hong Kong Stock Exchange, with most sales coming from Europe.

But Graff’s restricted customer base may actually be a strike against the company, said CLSA analyst Aaron Fischer.

“The earnings stream of companies which are dependent on a smaller number of customers can be more volatile and some investors may look to assign a lower valuation multiple for these companies,” he said.

The company, which in February set in motion plans for an IPO, is expected to be valued at between $3 billion and $4 billion, according to industry sources. Graff spokeswomen in London and Hong Kong declined to comment.

The Graff family is planning to sell off 25 to 35 percent of the business that was founded by Laurence Graff, a self-made billionaire with a lifelong passion for rough stones. The money raised will be used to expand in fast-growing Asian markets and increase inventories.

Graff currently has five stores in Asia and is planning to open five more in the region this year in Shanghai, Hangzhou, Hong Kong, Macau and Tokyo, the London-based jeweler said in its filing. Graff also plans to open another five stores, mostly in Asia, in 2013. Graff has 18 directly operated stores worldwide plus five franchise partners with 13 locations.

In April, the Sunday Times of London reported in its annual Rich List that the father-and-son owners of the company, Laurence and François Graff, have a combined net worth of about 3.3 billion pounds, or $5.25 billion at current exchange.