The French luxury giant reported a 10 percent jump in sales.

By Miles Socha and Joelle Diderich on February 3, 2015
View Slideshow 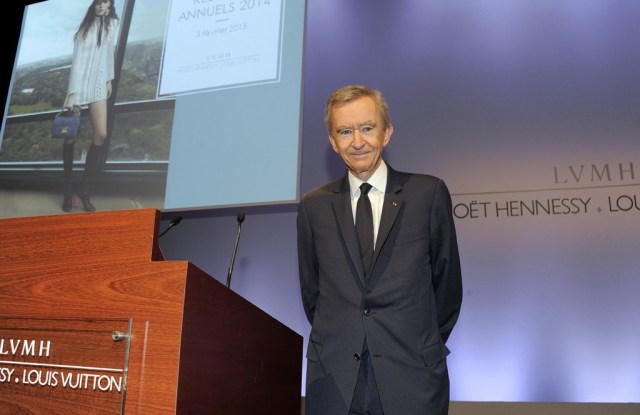 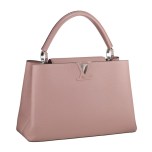 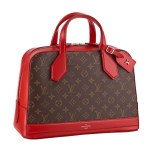 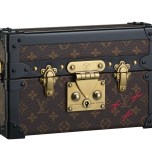 PARIS — Bernard Arnault is bullish about Louis Vuitton’s fortunes, likening its brown and gold monogram canvas to the heavens above.

“One never tires of it, it’s like the blue sky. When you see the blue sky, you’re immediately optimistic,” he said Tuesday night after LVMH Moët Hennessy Louis Vuitton reported a 10 percent jump in fourth-quarter sales and a rare drop in operating income for the full year 2014.

Shares in LVMH rallied in mid-morning trading, rising 5.3 percent on the Paris Bourse on the back of management’s positive outlook.

“I’m very confident regarding the development of Vuitton for the next 15 years,” he continued, lauding the brand’s “combination of creativity and quality, timelessness and modernity.”

A jump in demand in the U.S. and Europe for LVMH’s fashion and leather goods helped offset sluggishness is Asia, and negative figures for Vuitton in Hong Kong and Macau, dented by pro-democracy protests and stringent anti-corruption policies.

The luxury titan confessed he had his sights on one of Sherman’s limited edition makeup trunks, designed to hold all the paraphernalia she uses to transform herself for auto-portraits and priced at 130,000 euros, or $158,000 at current exchange rates.

“They sold out in a fortnight,” he lamented. “I wasn’t even able to buy one.”

While nodding to challenging conditions in Russia and sluggishness in China, Arnault sounded sanguine about the 2015 outlook, citing falling commodity prices, global growth pegged at about 3 percent, and dynamism in the linchpin U.S. market.

Growth forecasts for China have been scaled back to 6-7 percent, “which is not that bad,” Arnault said. “We are relatively confident regarding the trend of global business in 2015.”

Pressed for insights on the currency outlook and hedging policy, Arnault threw up his hands at a knotty question lobbed by HSBC’s Antoine Belge. “I’m delighted to see that a brilliant analyst doesn’t understand currency fluctuations any better than I do,” he said with a smile, evoking a round of chuckles.

Releasing results after the close of trading on the Paris Bourse, LVMH reported  profits from recurring operations fell 5 percent to 5.72 billion euros, or $7.60 billion, in 2014 as political turmoil shifted the habits of high spenders. Currency headwinds, which hit fashion and leather goods in particular, lopped 282 million euros, or $374.8 million, off the total.

The luxury conglomerate posted an operating margin of 19 percent for the year. Revenues totaled 30.64 billion euros, or $40.72 billion, up 5.6 percent year-on-year. In organic terms, revenues were up 5 percent.

Net profit for the full year jumped 64 percent to 5.64 billion euros, or $7.50 billion, fattened partly by an exceptional capital gain from its investment in a 23.1 percent stake in Hermès International estimated to total 2.7 billion euros, or $3.59 billion, after taxes. LVMH distributed its Hermès shares to LVMH shareholders following a truce agreement that left Groupe Arnault holding 8.5 percent, and ended years of bitter feuding between luxury rivals.

In the fourth quarter, revenues at LVMH rose 10 percent to 9.24 billion euros, or $11.54 billion. In organic terms, revenues were up 5 percent — an improvement over the 4 percent gain registered in the third quarter.

By region, Q4 revenues climbed 13 percent in the U.S., 7 percent in Japan and 5 percent in Europe. Sales in Asia fell 6 percent, hit by a sharp decline in cognac sales in China. Chief financial officer Jean-Jacques Guiony noted that sales in Asia rose 4 percent outside of the wines and spirits division.

In organic terms, sales in the three months to Dec. 31 improved 4 percent in fashion and leather goods; 3 percent in watches and jewelry; 8 percent in selective retailing; and 7 percent in perfumes and cosmetics. Sales were down 1 percent in wines and spirits, reflecting large-scale destocking by distributors in China that overshadowed a strong performance for Hennessy cognac in the U.S. and healthy Champagne volumes.

LVMH also cited a contrasting picture in its watches and jewelry division, with a “complete redeployment” at Tag Heuer resulting in heavy one-time costs, even as Bulgari roared ahead with strong sales of fine jewelry and watches, particularly its new Lucea model.

Calculations are based on 2013 revenues restated to reflect new IFRS reporting rules on consolidation, including the integration of Loro Piana, acquired late in 2013. Dollar figures are converted from euros at average exchange rates for the periods in question.

During a question-and-answer series, one analyst asked if LVMH was switching from a focus on topline growth to return on investment.

“It’s an equilibrium,” Arnault responded. “We are aiming to grow, but it’s not our main objective.”

Indeed, he reiterated his belief that business success is the natural consequence of seducing the market with innovative, quality products. “The group sets as its objective creating desires in its customers. That’s our No. 1 objective, not profits and revenues. That’s what pushes us all,” he said.

Responding to a question, Arnault said the group plans to focus on organic growth, and that he does not foresee any divestments of any underperforming brand.

“You just need to come up with the willing formula,” he said, explaining that Loro Piana already boasts strong profitability and growth, without any advertising. “This is a formula that works, you can develop boutiques, you can speed this up.”

He allowed that it took more than a decade to find the right creative and management duo at Celine with Phoebe Philo and Marco Gobbetti. “Then we came in full steam, invested a lot and generated growth,” he said.

Arnault reiterated plans to prepare Marc Jacobs International for an IPO, sensing it can achieve the staggering market capitalization of Michael Kors, which Arnault pegged at above $10 billion. “For that brand, we are managing it differently, with a U.S. team that is really motivated by the growth and by the potential IPO.”

Citing an “uncertain economic environment,” the French luxury group gave no specific guidance other than to increase its global leadership position in luxury goods.