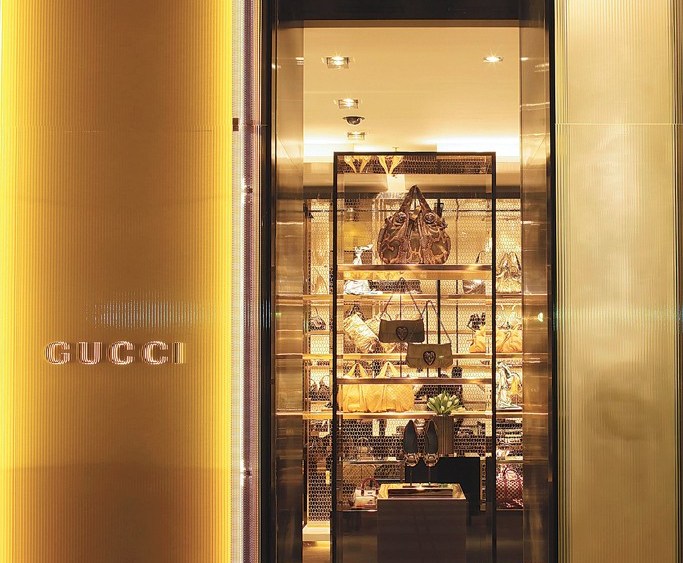 PARIS — It looks like the luxury bubble has yet to burst.

The news put wind behind the share prices of both companies on the Paris Bourse, with PPR closing up 4.3 percent and LVMH improving 3.6 percent.

“We approach the second half of the year with confidence,” commented Bernard Arnault, chairman and chief executive officer of LVMH.

While there was a slight slowdown in organic revenues in the second quarter — notably at PPR’s Gucci brand and across many divisions at LVMH — most businesses continued to track at double-digit rates.

In a conference call, LVMH chief financial officer Jean-Jacques Guiony said its marketing and product pipeline would be stronger in the second half, with polka-dot Vuitton leather goods, Berluti fashions and lady Link watches from Tag Heuer coming on stream.

And he cited “no change at all in the global trend” in China, were the raw growth number stood at about 15 percent across the first and second quarters.

Dramatic price differentials between Asia and Europe continue to drive luxury sales on the continent. Guiony noted that up to 55 percent of luxury goods bought by Chinese nationals are purchased while abroad.

François-Henri Pinault, chairman and ceo of PPR, called the group’s first-half performance “highly satisfactory” and was bullish looking ahead.

“We are confident that we will be able to continue growing our revenues in the second half of 2012 and that our full-year financial performance will outstrip that of 2011,” he said.

However, PPR flagged Europe as problematic, both for the luxury and the sport and lifestyle divisions, and said foreign tourists were compensating for soft domestic sales in the region.

A troubled economic outlook and anemic consumer demand, particularly in Europe, threatens to put a dent in luxury’s long, strong run. But a mixed picture is emerging. Earlier this month, Hermès International reported that sales in the second quarter advanced 21.9 percent, matching its performance in the first three months of the year. Meanwhile, Burberry Group plc cited “a more challenging external environment” as it reported that revenues slowed from the first quarter, advancing 11.2 percent in the second quarter.

Here, a closer look at the numbers from LVMH and PPR.

Revenues in the second quarter gained 26.5 percent in the three months ended June 30 to 6.38 billion euros, or $8.2 billion. Sales at LVMH had jumped 25.4 percent in the first quarter.

Stripping out the impact of currency fluctuations and acquisitions, the gain in the second quarter stood at 10 percent, versus 14 percent in the first three months of the year.

Operating profits in the six months improved 16.5 percent to 2.54 billion euros, or $3.29 billion. Dollar figures are converted at average exchange rates for the periods in question.

LVMH trumpeted rapid growth in Asia and the U.S., and market share gains at all of its brands.

In organic terms, revenues in the half grew 9 percent in perfume and cosmetics, 10 percent in fashion and leather goods, 13 percent in watches and jewelry, 15 percent in wines and spirits and 16 percent in selective retailing.

While LVMH does not provide breakdowns by brand, it cited “exceptional” profitability at its cash-cow Louis Vuitton brand.

It also highlighted a “remarkable” performance at Celine. According to market sources, the fast-growing brand is on track to post 2012 revenues in excess of 400 million euros, or $528.2 million at current exchange.

LVMH provided no sales or revenue guidance other than to reinforce its “global leadership position in luxury goods.”

Europe was the only region that posted single-digit growth in the first half, with an 8 percent gain in local currencies. That contrasts with a bump of 10 percent in Japan, 14 percent in America (excluding Hawaii) and 15 percent in Asia.

During the conference call, analysts zeroed in on a drop in gross margin in fashion and leather goods. Guiony said higher marketing expenses at Vuitton — linked to its recent Shanghai fashion blowout event with a life-size locomotive, an exhibition at Les Arts Décoratifs in Paris and its collaboration with Japanese artist Yayoi Kusama — for roughly half the drop.

He also cited “heavy investments” in Berluti, a footwear brand being transformed into a men’s luxury lifestyle label; a deliberate slimming of Fendi’s wholesale business, and investments to take DKNY Jeans in-house. Margins are expected to improve in the second half.

Separately on Thursday, Christian Dior SA, parent of LVMH and the Dior fashion house, published results largely in line with those of LVMH.

Dior said profits in the first half totaled 49 million euros, or $63.6 million, as revenues advanced 29 percent to 573 million euros, or $743.6 million. At constant exchange rates, the increase stood at 22 percent, with revenues from its own retail stores advancing 30 percent. “These figures confirm the excellent momentum displayed over the first four months of the year,” Dior noted.

NEXT: A Breakdown of PPR >>

PPR, whose stable of consumer and luxury names includes Gucci, Bottega Veneta, Boucheron and Puma, said second-quarter sales grew 18.1 percent to 3.13 billion euros, or $4.04 billion. That compares with a 15.4 percent revenue gain in the first quarter.

PPR continues to distance itself from the sluggish European economy, highlighting that the overall share of PPR revenues generated outside of France rose to 77.2 percent in the first half, compared with 75.3 percent in the corresponding period last year.

Asia-Pacific alone generated just over 25 percent of revenues at the luxury and the sport and lifestyle divisions.

And while the sport and lifestyle division picked up its pace in the second quarter, the luxury division was broadly flat on a comparable basis, due chiefly to a second-quarter slowdown at Gucci.

However, in the second quarter, Gucci’s growth slowed to 10 percent from 11.6 percent in the previous three-month period on a comparable basis. During a conference call, PPR principals attributed the slowdown to the ongoing rationalization of Gucci’s wholesale distribution channels, especially those in Italy.

In addition, growth in the Italian market has slowed considerably.

Jean-Marc Duplaix, cfo, said Italy had low single-digit negative growth in the second quarter, which was partly offset by foreign tourists. PPR said the brand was also upgrading its offer in markets such as Korea and Taiwan, and had lost sales on entry-price merchandise as it aims to upgrade its offer in those markets.

PPR’s other major luxury brands — including Bottega Veneta and Yves Saint Laurent — all showed double-digit growth in the second quarter of the year due to retail and geographic expansion. Duplaix said he was confident that the solid, second-quarter trends would continue into the second half, particularly for Gucci, Bottega and YSL.

In the first half, revenues in the sport and lifestyle division grew 17.1 percent to 1.69 billion euros, or $2.2 billion, with second-quarter growth coming partly from double-digit gains at Volcom. However, PPR said the division’s performance was “below expectations.”

Separately on Thursday, PPR said it had reached an agreement with Toyota Tsusho Corp. that will see the Japanese firm acquire 29.8 percent of CFAO, the African distribution company. PPR already sold 58 percent of CFAO’s capital via a stock market listing in 2009 as part of a plan to divest in noncore business and focus on apparel and accessories in the luxury and sport-lifestyle categories.

Toyota Tsusho plans to pay PPR 37.50 euros a share in August for the 29.8 percent stake, and then launch a voluntary tender offer on remaining shares at the same price. PPR has agreed to tender its remaining 12.2 percent stake in CFAO at that time.

Jean-François Palus, PPR group managing director, noted that proceeds from the sale would not be used to make further acquisitions but to re-leverage the group.