As the beauty sector begins to shrug off the effects of the recession, it is emerging flush with dealmaking activity.

By Jennifer Weil and Brid Costello and Susan Stone on November 6, 2009
View Slideshow 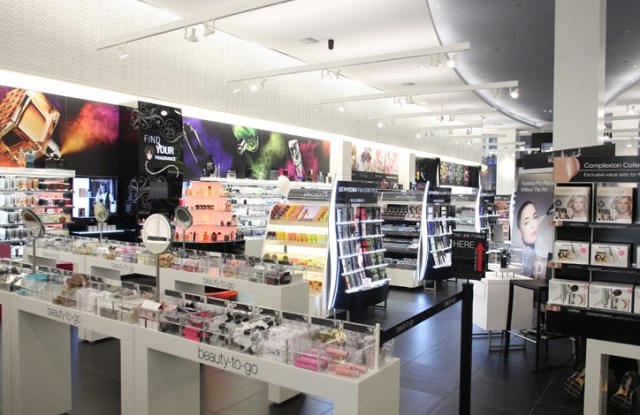 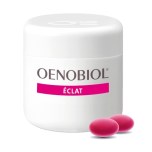 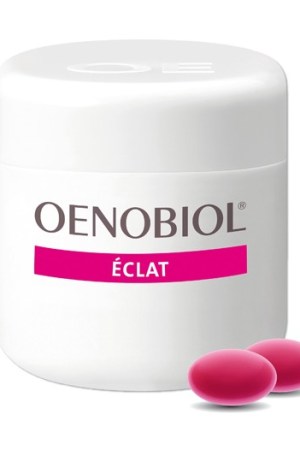 PARIS — As the beauty sector begins to shrug off the effects of the recession, it is emerging flush with dealmaking activity.

“Companies are back working on acquisitions,” said Ariel Ohana, partner at Paris-based Ohana & Co. investment bank. “There’s been a real change in the atmosphere in the last few weeks. There’s probably a feeling that in terms of consumer spend, the worst is behind us. So people are positioning themselves now to make acquisitions.”

While merger-and-acquisition activity percolates, strategic buyers are coming to the fore. Beauty brands strong in alternative channels, such as television shopping or specialty retailing, are considered to be among prime candidates for takeover, as are natural or eco-friendly brands, experts agree. What’s more, fragrance licenses are being signed and changing hands at an ever-faster rate.

On Thursday, Lornamead, the Camberley, U.K.-based beauty manufacturer, announced it has agreed to sell its Yardley business in Asia, the Middle East, Australasia and some African countries to Bangalore-based Wipro in a deal weighing in at $45.5 million plus an earn-out.

“With the crisis that we went through, this became a buyers’ market, and the big winners in particular are the strategic buyers as opposed to the financial investors,” said Ohana, citing as an example Unilever, which in late September made a binding offer to snap up Sara Lee Corp.’s

personal care business for 1.28 billion euros, or $1.9 billion at current exchange, in cash. “Eighteen months ago, it might have been an acquisition made by a private equity fund.”

Such a shift has taken place since it is now harder for financial buyers — in any sector — to obtain funding to make acquisitions. Whereas private equity players had been able to secure acquisition financing to the tune of four to five times earnings before interest, taxes, depreciation and amortization, post-credit crunch, that multiple has been reduced to two to three times EBITDA, an industry source said.

“The strategic players hardly have any competition when it comes to making buys,” said Ohana.

“The interest of the big strategic players is extremely present,” concurred Michel Dyens, chairman and chief executive officer of Paris-based investment banking firm Michel Dyens & Co. “They are very keen. For strategic buyers, it’s a great time to act. Except for the very high end of the market, beauty has been pretty stable.”

That’s not to say financial investors are out of the picture altogether. Beauty happens to be one of the few fields in which private equity buyers have been showing continuing interest, said Dyens.

“There’s an opportunity to drive harder for better value deals,” said Mike Jatania, ceo of Lornamead, speaking of the overall playing field. “We will also see a reemergence of vendor financing, where the vendor helps to fill in the gap in financing. Another area that will emerge is distressed deals.”

“Many beauty companies have surprisingly limited — or no — cash flow and earnings, even with 70 percent gross margins,” said Alexander Panos, managing director of TSG Consumer Partners, the New York-based private equity firm. “The selling costs involved are substantial. So after that, there is just not much, if anything, left for growth.”

To be sure, M&A activity in the beauty sector has picked up in recent months.

Sanofi-Aventis said it would buy Laboratoire Oenobiol, the French maker of nutritional, health and beauty supplements, for an undisclosed sum. Steiner Leisure Ltd. agreed to acquire Bliss Worldwide Holdings Inc. from Starwood Hotels & Resorts Worldwide for $100 million. It has also been reported that Duke Street private equity firm is to auction off Simple Health & Beauty.

“L’Oréal remains ready to buy, but it remains selective about what it wants,” said an industry source. “We will see an emergence of European companies looking to make acquisitions. Reckitt Benckiser has got further firepower and SC Johnson continues to look at a lot of things, though it’s risk averse. There are also going to be companies from Asia. Asian players will look at taking advantage of the market. European companies will be looking to buy U.K. assets, as this is a great time for them to make acquisitions with the euro and pound almost at parity.

“If the dollar gets stronger and starts to reverse its weak position, if the pound is equal to $1.30 or $1.40, U.S. players will start to find acquisitions attractive [in the U.K.], as well,” the industry source continued.

During the crisis, more than 75 percent of the beauty industry’s M&A transactions were valued under $100 million, said Ohana. He calls the buys during the period “bolt-on acquisitions,” meaning firms were buying brands to complete a category or geographic reach.

“They were more afraid of transformational buys,” said Ohana, adding those were the sort of deals the markets loved some two years ago.

Plus, there is a dearth of high-quality beauty properties to be had, and for the most part their prices have not collapsed, said Dyens.

Yet many firms remain acquisitive in the hope of achieving growth, since organic development remains a challenge.

“Natural is a very big trend, as is eco-friendly,” he continued, adding to the list men’s grooming, plus technical and professional brands. “But those properties are rather small.”

“It’s kind of like a holy grail to have a natural brand,” agreed another industry source. “I think the big M&A deals will be in the doctor office brands.”

“I think we’re going to have some action in alternative channels, such as pharmacies,” continued Dyens, who predicts movement related to Brazil and Eastern Europe, as well.

In the U.S., there’s more likely to be an emphasis on emerging retail channels, such as the Internet and TV, where independent beauty names rule.

“When it comes to M&A, the large beauty companies will want to increase their market share in specialty retail and television shopping,” said Panos. “It’s tough to believe, even great companies like L’Oréal and Estée Lauder do not today own more than a couple of the top 10 brands in those channels. Those channels have the opportunity to bring them growth, profitability and especially media that would be valuable to them. There is also a special relationship that a customer develops with a TV brand that has been demonstrated and discussed over many hours on TV.”

Panos said key target companies will be those that have good direct businesses on TV shopping, through the Internet, their own stores and specialty retailing.

“TV shoppers have already vetted these; they are tough customers and favor brands with a story, great products and value,” he continued. Panos added the same goes for specialty retailers, such as Sephora, where, in the U.S., an industry source believes the top-selling brands are Bare Escentuals, Philosophy, Frédéric Fekkai, Perricone MD and Smashbox.

“Can you take an existing brand and move it to TV? I would not do that,” said Panos, giving as an example Estée Lauder’s soon-to-be-shuttered Prescriptives brand, which had a presence on QVC.

“Since the department stores are more challenged, the M&A activity is going to move to more profitable channels,” he said.

Most likely, consolidation will take the form of midsize deals, said Dyens.

“When the market was growing, I think all of the niche brands were extremely attractive,” said an industry source, who cited as an example Annick Goutal, which is reportedly being shopped around by Starwood Capital. “I think today, with the recession, niche brands are far less attractive.

“The premium segment has been really hurt, and I think all these niche brands have fragile business models,” the source continued. “Who will be interested in niche brands today? I am not so sure. Lots of niche brands are owned by private equity funds, and their level of debt is very high.”

Industry sources reckon many of the big beauty players might want to rid themselves of some of their fragrance — or other beauty — licenses in order to concentrate on more core businesses.

“Even within the Sara Lee business acquired by Unilever, there is an opportunity for further consolidation, as there are a lot of smaller brands [that were part of the deal] that are not interesting for Unilever,” said an industry source. “They’ve got Sanex and Duschdas, but I’m sure they will want to trim more.”

“Clearly, the sense for a lot of groups is that fragrance is not a key priority,” said another industry source of the mature category. “I hear more and more rumors that big players are considering refocusing on skin care and makeup.”

“For the past few years, the top priority has been the big brands,” added Corrado Brondi, founder of Selective Beauty. “The big groups realize that in order to maximize their internal investments, they must focus on a limited number of very big brands.”

Brondi said the focus at retail is on more strategic brands, too.

“This can really accelerate the process of divestiture in coming months and years,” he explained.

According to the rumor mill, among the beauty brands being shopped around are Procter & Gamble’s Valentino, Shiseido’s John Varvatos and Ferragamo Parfums’ Emanuel Ungaro. There’s also buzz that Bulgari, which produces its own fragrances, is considering licensing that activity out.

Inter Parfums SA, meanwhile, could sign another license by the end of this year or in January, according to its chairman and ceo Philippe Benacin.

“Everyone is preparing themselves for the recovery, although they don’t know when the recovery will come,” said an industry source.

“It’s going to be a buyers’ market for the next 24 months,” said Lornamead’s Jatania.