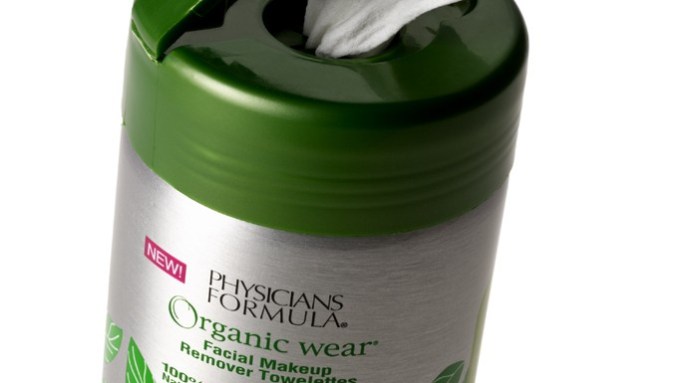 Accessories, footwear and beauty are where the money wants to be in the fashion world — literally.

While activity on the mergers and acquisitions front has been fairly robust this year throughout the industry, it’s been particularly active in those categories as investors prowl to find the next Coach, Tory Burch or Michael Kors. In fact, Kors has added greater interest to the accessories space since going public in December, particularly because the once-struggling brand that, after a turnaround by its owners, now has a market capitalization of more than $11 billion.

To be sure, there has been the occasional big-name acquisition of sportswear brands, such as PVH Corp.’s $2.9 billion purchase of Warnaco Group Inc. earlier this month. For the most part, though, the focus this year has been on other fashion categories involving both smaller transactions and increased activity among private-equity firms rather than strategic buyers.

That’s because many strategic firms of a certain size won’t buy a middle-market firm that’s $100 million or less in volume since it isn’t big enough to impact the overall operations of the larger company, according to Peter Comisar, vice chairman and head of West Coast Investment Banking for Guggenheim Partners.

For buyers looking for high-growth opportunities, it’s smaller, younger firms with a lifestyle approach that have presented the most intriguing possibilities. These are the firms that seem better able to ramp up quickly by expanding to other categories, as well as roll out their own freestanding stores.

Cathy Leonhardt, managing director at investment banking firm Peter J. Solomon Co., said, “There have been a few big deals, a few medium ones, and a lot of smaller deals. The smaller- to medium-sized deals have been private-equity driven.

“Private equity firms can be a great developer of brands, especially in the beauty space. Many of these firms want to diversify into more categories and as the funds have gotten bigger, they have to do more deals,” she said.

Leonhardt said many financial sponsors add professionalism to the management team and help direct the business to achieve its growth potential, which sets the stage for it to be acquired by a larger strategic buyer. That’s the typical exit strategy for private equity firms in the beauty space.

“We’ve entered this era of newer [fashion] brands that are five to seven years old that are very profitable businesses, versus the traditional publicly traded companies in the apparel sector,” she noted.

As for the attraction of accessories and footwear brands, Colin Welch, president and chief operating officer of Financo Inc., said, “Accessories firms can go into other categories and, generally speaking, can command premium valuations. A brand that has global appeal has the potential to become truly a lifestyle brand, and that tends to translate into product category proliferation. The obvious revenue opportunity is exponential.”

Tomaso Galli, luxury goods consultant and founder of Jtg Consulting, said, “Brands make money with accessories and accessories seem easier to manage. Not that many companies generate volumes with ready-to-wear. In an effort to cash in, it makes sense for investors to zoom in on accessories brands.”

The interest in accessories, footwear and beauty companies only continues an M&A trend that developed more than 18 months ago. Interest in these sectors attracted investment attention last year after LVMH Moët Hennessy Louis Vuitton in March agreed to acquire Italian jeweler Bulgari in a deal worth more than $6 billion. That was followed last June by VF Corp.’s $2.3 billion cash transaction for Timberland Co.

Other deals last year included the acquisition of Jimmy Choo by Labelux in a deal that valued the footwear firm at $889.4 million, the purchase by The Jones Group of British footwear brand and retailer Kurt Geiger for $350 million and Japan’s Pola Orbis Holdings Inc.’s buy of Australian skin-care firm Jurlique International Pty. Ltd. for $300 million.

The three sectors have continued to see robust activity this year. More recently on the beauty front, Physicians Formula was sold to private-equity firm Swander Pace Capital for $65 million, and Urban Decay is said to be working with Deutsche Bank in finding a buyer.

Coming up in the next week or two is the expected announcement that Nike Inc. has signed a deal to sell footwear firm Cole Haan to Apax Partners for $500 million, a transaction that is still in the midst of negotiations. Nike last month inked a deal to sell its soccer brand Umbro to Iconix Brand Group for $225 million.

Brien Rowe, head of the consumer products group at Intrepid Investment Bankers, said these sectors are particularly attractive because the gross margin percentage can be particularly high. “Margins in beauty can be in the high 60s, while in accessories they are typically between 50s and 60s. Footwear is lower than apparel, usually in the 40s to 50s,” he said.

Philippe Faraut, managing director at Intrepid, said there are also new groups checking out what companies are available and competing with financial and strategic buyers. “Licensing firms are looking to diversify themselves, so are working with bankers to acquire brands for diversification.” Examples include Iconix and Authentic Brands Group, which is the stalking horse bidder for the HMX Group brands that are under bankruptcy court supervision.

According to Howard Feller, partner at the investment banking and strategic advisory firm MMG, “People who are looking for an acquisition in the fashion space are all seeking one fundamental raw ingredient: an emerging brand with good margins. Branded accessories are among the higher-margin categories, and these firms can provide scalability, direct-to-consumer opportunity, or expansion internationally.”

The MMG executive noted, “The challenge that is often the case for sportswear brands is the profile of the business can be larger than its profitability given the size of the company, particularly if there’s been media [hype] connected with the brand.”

Feller said a good business with growth potential could get 10 to 12 times earnings before interest, taxes, depreciation and amortization, while a more mature brand with moderate growth opportunities is likely to hit five to seven times EBITDA.

Those are multiples that many private-equity firms are more than willing to pay when there’s a good growth story behind the business and when financial players believe they can bring something to the table to develop the business further.

According to Guggenheim Partners’ Comisar, sometimes that something further, which many financial sponsors have, is a good understanding of the skill set required to create an interactive dynamic between media, Internet and social networking. “These are the multichannel tools that the financial firms know can take some younger firms time to develop that capability,” he said.

Comisar added that valuations are on the rise, in part a function of a robust credit market that allows private equity firms to pay for acquisitions with debt.

Joe Pellegrini, co-head of the consumer and retail banking group at Robert W. Baird, also believes that multiples are trading up again. “The low cost to borrow, plus lots of money that needs to be put to work, means that firms are looking for new growth avenues. Strategic buyers, if they find an asset that has a great franchise, will be looking at a choice few assets and that will drive valuations up. The financial sponsors have the same issues, and they, too, are looking for sustainable growth opportunities,” he said.

Frederick Schmitt, managing director of The Sage Group, said while there’s been less activity in apparel than in other fashion sectors, sportswear brands remain just as attractive as accessories and footwear. “What is happening in the marketplace that’s impacting rising valuations other than a loosening in the debt markets is basic supply and demand. There are few accessories or sportswear firms that are performing very well. Those that are command higher prices,” he explained.

For 2013, Schmitt doesn’t foresee a slowdown in M&A activity, but noted that transactions that have progressed far enough in the deal-making process could see a bigger push to get them completed before yearend due to expected capital gains tax increases next year.

Europe could also see more activity in the year ahead. According to a European private-equity investor in the fashion and accessories sector, more businesses are coming onto the market now compared with six months ago. “They need financial help — Europe is competitive and these companies need to grow,” the source said.