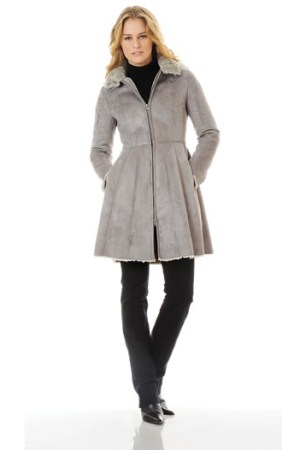 It ain’t over till it’s over.

Just when it looked as if the recession was finally loosening its grip on the U.S. economy, the latest data has brought a more sobering view of the future. Unemployment remains at a stubbornly high level — 9.5 percent nationally in July; home foreclosures rose 9 percent in the month, according to RealtyTrac; consumer confidence slipped to 50.4 points, down from 54.3 in June, and shoppers are reluctant to spend as they anticipate a rocky second half of the year. retail sales in June and July were sluggish and stores turned to promotions to spark sales.

So what’s a retailer to do when trying to plan for the future?

That’s a question that is bound to be on the minds of the nation’s merchants, many of whom are heading to Las Vegas for the trade shows next week. The answer is multipronged: Continue to keep inventories lean and reduce buying for spring until the economic situation stabilizes. But at the same time, they need to scour the market for interesting new products and categories to lure a reluctant shopper to the cash register. Among the categories primed for growth, many stores believe, are men’s woven and plaid shirts and non-denim bottoms, flat-front shorts, striped v-necks or polo shirts, military-inspired jackets and novelty swimwear. In women’s, long, lean dresses; tubular knits; retro tropical prints and florals; skinny-ankle pants; head-to-toe white, and American Indian influences are expected to be key to the season for spring, according to the Doneger Group.

Although the headlines are filled with doom and gloom again, there are some glimmers of hope on the horizon — at least according to some more optimistic reports. The NPD Group Inc. is actually projecting a decent back-to-school season. In a recent survey, the Port Washington, N.Y.-based market research company found consumers are “feeling better, have plans to spend more money and shop in more stores.”

Although retail sales results for July were soft, this may be because consumers have not yet started shopping for b-t-s. NPD, in fact, said only 3 percent of consumers have purchased for the season at this point.

“More consumers keep telling us that they are putting off their shopping later each year,” Cohen said. “I would say that this change in the timing of consumption — more people ‘buying now and wearing now’ — is part of the lingering impact of the recession.”

Apparel ranks just below school supplies as the category that will garner the most attention — with 58 percent of consumers, versus 52 percent last year, saying they were planning to buy apparel for b-t-s.

If these consumer projections turn out to be accurate, retailers may be a little more upbeat in the future, but until that time, they’re keeping a close eye on their budgets and the macroeconomic climate.

Abbey Doneger, president of the Doneger Group, said retailers are “certainly sensitive to what’s going on out there and they’re controlling their inventories, but at the end of the day, they know that newness sells. Retailers with great product at good values will do business. It’s about keeping inventories fresh.

“The stores that are successful didn’t pull back, even during the recession. They continued to move forward.”

But it isn’t like the prerecession days, he acknowledged: Even these successful stores watched their inventories and became more price sensitive. “But at the same time, they offered new product. They looked at the recession as a time to gain market share.”

Doneger said he expects sales to continue to strengthen as the year goes on. “I feel good about business,” he said, “even with the underlying issues of employment and housing. The economy is certainly in a recovery mode. Things are getting better — we’re way past the bottom. Consumers are spending again, they’re just not spending as much. So the well-run companies that manage their balance sheets will do well.”

One of those retailers experiencing growth is Scoop. Susan Davidson, chief executive officer, said her company has been “enjoying a strong spring season.” Some of the locations, including East Hampton, N.Y., are in fact experiencing double-digit comp-store increases. Davidson attributed that in large part to a reinvention of the company over the past year, where stores were given a “mini facelift,” that improved the shopping experience.

In men’s, Scoop is having success with patterned woven shirts and Hartford linen shirts, T-shirts and polos, as well as shorts and swimwear. Top brands include Psycho Bunny and SCP. In women’s, dresses are running up well over 20 percent, Davidson said. Designer merchandise from Alice + Olivia, Helmut Lang, Rag & Bone, Missoni, Zac Posen and Phillip Lim also are performing well, as are tops, denim and white shorts.

She said early fall sales have been encouraging, with Etro, Paul Smith and John Varvatos as standouts for men. Gingham paisley shirts, corduroy pants and quilted jackets for men also have come out of the box strong, as have women’s knit outerwear and designer coats from Missoni and Phillip Lim. Edun has been strong for both genders.

In Las Vegas, Davidson said the Scoop buying team will be “looking for unique products and new vendors that will provide a point of differentiation.” She said she’s hopeful for continued strong sales for fall and holiday. “We’re watching our inventories and leaving some money available so we can react in season,” she said. “The economy is uncertain and the stock market continues to go up and down, and our customer reacts to that. But there are a lot of luxury consumers who shop in our stores and our price points are more accessible, so that’s part of our success.”

Craig DeLongy, owner of the four John Craig men’s stores in Winter Park, Naples and Orlando, Fla., said, “[although] the mood is nothing like it was 18 months ago when everybody was walking around like zombies, we’re still being very careful about our buying for spring.”

He is upbeat about the future and doesn’t think the American economy is in for a double-dip recession. “But I told my stores to keep the TVs tuned to ESPN. It doesn’t help business to see the stock market fall 200 points.”

The strategy must be working: Sales at his stores had increased for seven consecutive months until July. “I’m optimistic, but I’m still holding back 20 to 40 percent of my open-to-buy. I want to be in a position to make in-season moves.”

DeLongy knows vendors, too, are watching their inventories so there may not be a lot of excess merchandise available in-season, but he expects to be able to find what he needs. “In this environment, it makes you think twice, or three times, about your buying strategies,” he said, noting he’ll be buying based on what customers are responding to now, which means that “certain Italian tailored clothing companies won’t be getting orders.” Last year, he said, the average suit price at John Craig was $1,050, but it’s now $850. He’s also having great success with packages for $995, where a customer gets a suit with two shirts and two ties. “This is all brand-new business for us,” he said. “It’s people who might have gone to Jos. A. Bank or Men’s Wearhouse, but now they’re able to shop with us.”

Sportswear continues to dominate his sales, he said, noting long-sleeve wovens are now 30 percent of the stores’ sales.

For spring, he will “look at the departments and categories that are not doing well, and make some changes.”

At the Vegas shows, he’ll be looking to bolster the strong categories in the John Craig stores, but the bulk of his energy will be spent shopping for his contemporary store, Current.