The brave new world for which brand marketing maverick Pat Fallon has been waiting is here. 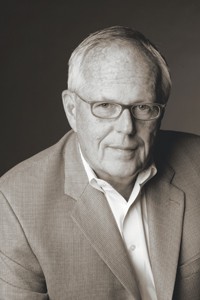 NEW YORK —The brave new world for which brand marketing maverick Pat Fallon has been waiting is here.

Fallon, 62, who’s known for using offbeat tactics — such as ringing pay phones around Denver and asking for (fledgling airline) Ted — abandoned his early dreams of teaching humanities for a career in advertising. He did so, he recalled, because “I had a vague idea there were less rules in advertising than in most other businesses.”

That was back at the University of Minnesota, when a campus recruiter corralled the native Minnesotan into a training program at ad agency Leo Burnett. It was there that Fallon found use for his second major, philosophy, which taught him how to think about things.

Cut to mid-June, a month ahead of the publication of his book “Juicing the Orange,” and the founder and chairman of branding company Fallon Worldwide is holding forth about how the globalization of business and the spread of technology are rapidly rewriting conventional marketing wisdom. If Fallon wasn’t too big on a lot of those rules to begin with, he remains a firm believer that creativity is an undervalued, underused commodity, one that’s too often regarded with disdain in business circles.

Recounting the beginnings of Fallon Worldwide, née Fallon McElligott Rice, 25 years ago, in “Juicing the Orange” (Harvard Business School Press, $26.95), he writes: “Our goal was to outsmart rather than outspend…to leverage brains over budgets, to juice the orange rather than drain clients’ wallets.” The agency dubbed that concept “creative leverage,” or “the daily practice of making creativity actionable and accountable for changing consumer behavior.”

Ironically, one of the most creative plays Fallon’s seen lately, in the world of media and marketing, was People magazine’s reported payment of more than $4 million for exclusive rights to the first photos of Brad Pitt and Angelina Jolie’s daughter Shiloh Nouvel Jolie-Pitt, born in Namibia in May. While some of the photos leaked to the New York Post, New York’s Daily News and Gawker.com ahead of People’s publication, Fallon contended the magazine scooped its most direct competitors in a first-time scenario to ante up money on such a scale. “They still could say Us Weekly didn’t have it; In Touch didn’t have it,” he said.

In the People/Jolie-Pitt scenario, spending copious amounts of money equated to what Fallon sees as “a way for People to draw a line in the sand. They decided, ‘This was going to be ours.’”

Two culprits kept People’s plan from working out precisely that way, Fallon acknowledged: technology and a celebrity-obsessed culture. “The transparency of the Internet and the compression of time makes it hard for a weekly to have a scoop,” observed Fallon, who counts Time magazine as a client. “This one had so much interest, it almost became larger than life.”

In such a world, marked by an expanding tangle of media and marketing venues, the value of simplicity — one of the cornerstones of creativity as envisioned by Fallon — looms larger. “There are so many different ways to get a message out; it’s very complex, and you’ve got to get the simplicity out of it,” he said, emphasizing the importance of keeping a message’s form and content straightforward.

Simplicity is one of the seven principles of creative leverage enumerated in Fallon’s book, subtitled “How to Turn Creativity Into a Powerful Business Advantage” and written with Fred Senn, a founding partner of the Minneapolis-based Fallon Worldwide. “Demand a ruthlessly simple definition of a business problem,” the authors advise. The other six principles are: Always start from scratch; discover a proprietary emotion; focus on the size of the idea, not the size of the budget; seek out strategic risks; collaborate or perish, and listen hard to your customers (then listen some more).

Fashion advertisers are criticized in marketing circles for a dearth of creativity. They’re said to rely too heavily on product imagery, placed primarily in magazines, an assessment with which Fallon takes little issue. “I’d submit the fashion industry is filled with people with ADHD [attention deficit hyperactive disorder] — there’s no strategic continuity,” he said. “New is better. They’re the least idea- or concept-dependent. It’s somewhat formulaic,” he continued. “An enduring idea is centrally from the essence of a brand, expressed in a way that’s relevant to people’s lives.”

Two brands that succeed on that count, Fallon said, are Ralph Lauren and Eileen Fisher.

A big piece of a marketer’s creative challenge, the author advised, is to keep coming at a brand’s essence in different ways. “Brands are like people: They can be serious or goofy, but they’re still the same people,” he said.

One fashion brand that’s struggled to stay true to itself, in Fallon’s view, is Lee, a creative account held by his agency for 19 years, through last September. While describing Lee as a “good brand” with “potential,” he criticized its management for telling consumers too much about its products and not enough about why the brand, which represents “a bigger promise,” is desirable. (In May, Angelo LaGrega, president of Lee parent VF’s jeanswear coalition for the Americas, told WWD: “Up until two years ago, we never understood the true power of brands. We treated them as category brands, but there’s no question that if you understand the consumers’ lives well, they’ll let you play in multiple categories.”)

A strong suit for Lee, Fallon said, has been its appeal to full-figured women ages 25-35, a performance that has created a loyal base of customers. “It’s when they aspire to be something else that they go astray,” he added — and Fallon Worldwide found much of the brand’s potential lies elsewhere, in youths and college-age men, 17-22.

While flashing a big rebel streak, Fallon isn’t about to throw all conventional wisdom out the window. Indeed, the rise of technology and globalization, and the resulting speed and complexity involved in reaching people, he said, “makes the call for metrics-driven creativity even stronger,” whether it takes form in gauges of one’s willingness to try a product, intent to purchase, brand awareness or some other measure.

And Fallon is quick to admit he still “gets thrilled by a great TV commercial.” His agency’s 2003 campaign for “challenger brand” Virgin Mobile, for one, incorporated TV spots on MTV, late-night network TV and late-night radio.

“The 30-second commercial could be on life support,” he acknowledged, “but it’s still a factor.”