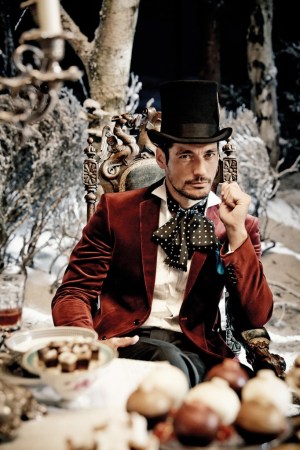 That figure was boosted by extraordinary gains, which included property disposals in London. Stripping out the 19 million pounds, or $29.3 million, worth of gains, before-tax profits would have dipped 8.9 percent to 261.6 million pounds, or $402.9 million.

All figures have been converted at average exchange rates for the six-month period.

Group revenue rose 3.9 percent to 4.88 billion pounds, or $7.52 billion, on an actual currency basis, fueled by a strong performance in food, international stores and the growing multichannel business, the retailer said.

“Our key priority was the relaunch of women’s wear,” said chief executive Marc Bolland. “In September, we launched our first new collection with new advertising and improved store formats. Although only in store for three weeks of the half year, our autumn/winter collection has been well received by customers, and we have seen some early signs of improvement.

“At the same time, we continued to invest in the long-term transformation of the business. We are pleased with the progress made, given the high level of activity and a number of key projects launching this year. This has led to a higher level of additional costs, which while planned for, have impacted short-term results,” he added.

Bolland said that, looking ahead, consumer confidence “appears to be improving,” but added there is “little evidence as yet of this translating to increased spending in the retail sector. Given continued pressure on disposable incomes, we remain cautious about the outlook for the remainder of the year and that overall expectations for the full year remain unchanged.”

On Monday, M&S debuted its Christmas ad campaign on its company website. It features models including Rosie Huntington-Whiteley, David Gandy and Helena Bonham-Carter against a backdrop of fairy tales and stories such as “Alice in Wonderland,” “Little Red Riding Hood” and “The Wizard of Oz.” The ad will air for the first time on TV screens this Wednesday. It was shot by the London-based agency Rainey Kelly Campbell Roalfe/Y&R and was directed by Johan Renck.