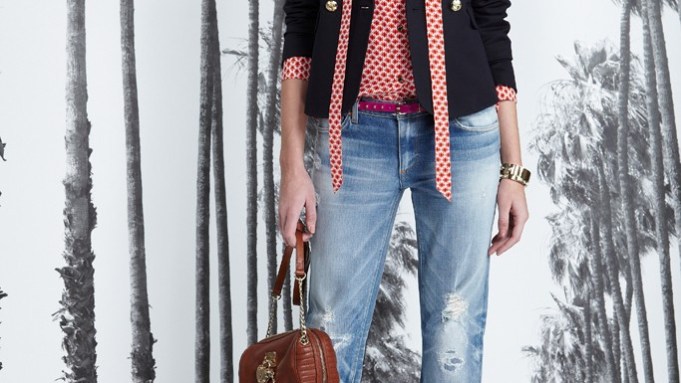 The dealmakers are waiting for a comeback.

Despite a dearth of buyouts in the first half, retail bankers said the market is showing signs of perking up and could still spring back later this year or in 2014.

The limiting factor seems to be a relative lack of companies with solid brands and strong growth stories — à la Michael Kors — that are open to selling.

“Everything in M&A is all about psychology, so if the consumers start getting nervous again, that will have an impact on the businesses and on the players, but right now all the lights are green,” said Elsa Berry, founder of Vendôme Global Partners.

There’s an intense focus on fashion from a growing group of buyers that is expected to keep price tags high.

“The price for the good companies is going to go up,” Berry predicted. “That’s what’s happening in a dramatic way in Europe, where many companies are suffering financially so there are fewer healthy ones, which attract a lot of interest.”

Strong brands with a good growth trajectory are continuing to steal the thunder in the market.

Tory Burch, for instance, remains a subject of intense fascination for Wall Street even after BDT Capital Partners and General Atlantic invested in the company late last year. While no sale or public offering appears to be in the cards, for now, sources said certain current investors in the company are working out a way to increase their holdings. A Tory Burch spokeswoman declined to comment.

The relative lack of established companies that are growing quickly has helped boost interest in fashion brands earlier in their life cycle — a prime example being Andrew Rosen and John Howard’s 2011 investment in Proenza Schouler.

“It seems like a few new enterprising financiers have finally figured out how to target and close on smaller brands at a time when those brands need the capital to expand,” said attorney Douglas Hand, founding member of Hand, Baldachin & Amburgey, which represents brands such as Rag & Bone, Steven Alan and Eddie Borgo.

“The next half of the year should be very interesting,” Hand said.

That’s good, since the first six months of the year were kind of blah. Eighteen U.S. apparel and shoe retailers agreed to a buyout, with a total deal value of $2.43 billion — an 18.8 percent drop versus a year earlier, according to Dealogic. Deal flow was hurt in the first half by a rush of last-minute takeovers in 2012, when players were rushing to avoid changes to the tax code.

The market for initial public offerings has also been less than blockbuster in the U.S., with just six consumer-centric offerings in the first half raising a total of $3 billion. The owners of fragrance firm Coty Inc. sold shares at $17.50 each last month, raising nearly $1 billion, but the stock struggled on the public market and late last week was trading at $17.25.

If the supply side of fashion’s M&A equation is a little slim, the demand side is overflowing with potential buyers as the economy continues to improve. The players on the hunt include big private equity firms itching to take advantage of rock-bottom interest rates, retailers looking for growth through a new channel and billionaires wanting to put their money to work.

“There’s a wider set of people spending time around the apparel space,” said Dean Pimenta, director of consumer investment banking at Citi. “It’s not just the U.S. strategics anymore; we’ve seen more interest from private equity players in this space, even in the early stages.”

Foreign buyers could finally come to the fore and snatch up significant U.S. brands.

“In the next six to 12 months, you’ll probably see an acquisition of scale north of $250 million that involves some sort of emerging market component, whether that’s out of Asia or Latin America is to be determined,” Pimenta said.

There are also more retailers in the mix than ever.

Jos. A. Bank Clothiers Inc. made an unexpected bid in an auction for Fifth & Pacific Cos. Inc.’s Lucky Brand business, according to sources. Jos. A. Bank is said to have dropped the idea, but did acknowledge that it had retained Financo to pursue acquisitions.

Marc Cooper, managing director at Peter J. Solomon Co., said there was “a heightened interest among retailers to look at acquisitions as a means of growth. That’s certainly a big change from, say, five years ago where maybe there was a handful of guys who were buyers. Now there’s a plethora. This is going to be part of every retailer’s bag of tricks.”

That question — where future growth is going to come from — remains the top issue in the market.

Private equity-owned Neiman Marcus Inc., which filed for its long-awaited IPO last month, still has to convince some analysts that it’s poised for significant expansion given that the company’s main department store business is already well developed. The retailer has yet to set a date for the offering.

Saks Inc. is exploring its options and is in a similar position. That could help clear the way for a strategic takeover by Richard Baker’s Hudson’s Bay Co., which has been examining a deal for Saks. One source said Baker was rumored to be working with a real estate player in considering the deal.

Then there are the two Vinces. Kellwood Co.’s Vince chain is still seen as an IPO candidate and Camuto Group, run by Vince Camuto, is said to have hired Goldman Sachs to explore its options.

If they go through, deals for these companies could help revive the market and reset the table in fashion.