An unusually rough year in the mass beauty market has ended with a remarkably strong finish. 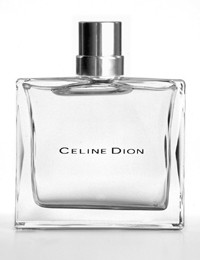 NEW YORK — An unusually rough year in the mass beauty market has ended with a remarkably strong finish.

Holiday gift set sales were surprisingly positive, reported several retailers, with some saying it was the best December in years. Deeply depressed fragrance sales picked up so much that the category could possibly end up breaking even for the year. At the lowest point this year, women’s scent sales were down 11 percent, according to ACNielsen.

“Across the board, front-end sales were up in November and continued strong in December,” said a Walgreens spokesman. “We had a good holiday season in front end, including the beauty and cosmetics category.”

Some retailers were downright jubilant.

“December was wonderful. It was absolutely wonderful,” proclaimed Valerie Cheyney, beauty buyer for Happy Harry’s, a 50-store Delaware-based chain. “Coty did very well; all of it, from The Healing Garden to Calgon and Markwins, was outstanding,” she said. A surprise hit was a selection of Crayola licensed kids’ bath and soap sets. “It just blew out of here. It was so cute, it was just unbelievable.”

Carrie Cox, cosmetics buyer for May’s Drug Stores in Tulsa, Okla., said, storewide, the retailer “had one of the best months ever in December.” She attributed some of her chain’s good fortune to positive weather conditions in the area. “We didn’t have bad weather to keep people home.” Among hot sellers were Revlon gift sets, which were discounted and resulted in a good sell-through.

One major drugstore retailer, though, who declined to be named, said fragrance sales came in a bit lower than planned, as cosmetics kits and bath sets continue to cannibalize sales.

Eric Thoreux, president of Coty Beauty Americas, said it was the company’s best season in “a very long time.” In general, he said, “the fragrance category did well. It was a good Christmas for fragrance and for Coty. We have been positively surprised by everything. We have improved sell-through by nine points, which is huge.”

This story first appeared in the January 9, 2004 issue of WWD. Subscribe Today.

For Coty, Celine Dion proved a winner, along with its Adidas and Stetson brands, which were each boosted with new flankers: Adidas Adrenaline and Stetson Untamed. What was also encouraging, noted Thoreux, were “single-digit [unit] sales increases of our classics such as Jovan Musk and Sun and Sable.”

The sales increases, he noted, came via both drugstores and mass merchandisers. Coty’s first venture into teen fragrances with Mary-Kate and Ashley at Wal-Mart also “did very, very well.”

Jim Koeppl, senior vice president, general manager of the Wet ’n Wild, Black Radiance and Tropez businesses at Markwins, said “overall sell-through was about 77 percent — that is really good, and that includes both mass and drug.” A program is generally considered successful if sell-through is 70 percent or higher.

Most manufacturers said sell-in was cut back this year in order to increase sell-through numbers, and it worked. Koeppl said his company reduced its offerings by 10 to 20 percent. “It worked, and we will probably do the same strategy next year.” Overall, sales in the drugstore trade met our expectations, and sales at mass exceeded expectations, he noted Koeppl.

“Consumers waited as long as they could, and many retailers had record day-after-Christmas sales, especially retailers in our class of trade [mass and drug],” he observed.

“The price threshold in our class of trade was that anything below $20 did well,” Crames said. “There were also $9.99 price points on half-ounce designer brands. There is a lot of pressure on price. There are hundreds of new launches, and consumers have a lot of choice.”

Looking ahead, he noted, “Retro is still in as far as fragrances, but consumers will always want new. Unfortunately brand building is an issue…brands go in and out rapidly. Some stores are reporting double-digit growth, but the category will probably show midsingle-digit growth.”

Coty’s Thoreux also predicted total year figures for fragrance, but expected, in the final tally, sales for the year would be flat, “which means that Christmas has been good.”

At New Dana Perfumes Corp. chief executive Isaac Cohen said his company “met our expectations and exceeded some.” Sell-through “was over 70 percent.”

New Dana, he said, “shipped on time and had very good launch with our sets, especially those with new hand lotions. Our new ancillary items are doing well, and we see potential to expand products like talc, which we’ve always been strong in.”

New Dana product sales “weren’t just last-minute,” noted Cohen. “They started selling well the whole season. I feel retailers need to keep presenting fragrances on endcaps and in bulk displays. We’ve had two good Christmas seasons now, and we’ve established ourselves separately from the marketplace with lower price points. That’s key. We expect double-digit growth. We have a lot planned for 2004, including more ways to sample fragrances, and we’ll bring over more of our international properties.”