Apparel is losing the lead in the race for discretionary dollars. 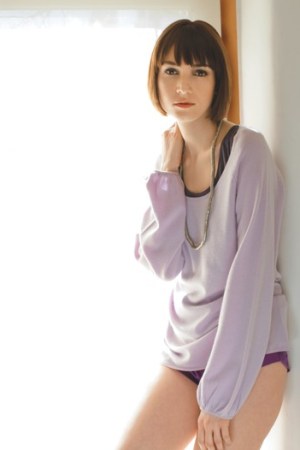 Fashion’s battle to attract dollars from thrifty consumers highlights a larger, almost existential struggle for the future of the apparel industry — which is already losing its iron grip on consumers’ discretionary dollars.

Despite the collective sigh of relief that the holiday season wasn’t as bad as last year, recent sales trends are still a sobering reminder for retailers. The hottest items this holiday weren’t apparel related but instead were iPhones and other smart phones, BluRay DVD players — even toy hamsters.

Day-to-day, the apparel industry also has a growing number of challengers, from apps to bars and restaurants to automakers hawking hybrids. The industry gets mixed grades for product innovation, marketing and other key business functions — and unless it acts fast, the downward spiral might accelerate.

The good news is observers believe the industry still has a chance to get out of its rut and begin anew.

“Fashion is being outfashioned by other industries,” said Marshal Cohen, chief industry analyst at The NPD Group. “The smart phones have now become probably not only the most passionate purchase, but also an expensive [and] frequent repurchase.”

While 43 percent of Black Friday shoppers polled by The NPD Group online said they had purchased apparel, 49 percent bought electronics, the leading classification. That trend held throughout the holiday season.

And apparel is expected to lose more ground next year. A survey of consumer spending from Kurt Salmon Associates found that 10 categories, from home goods and shoes to electronics and furniture, were headed into 2010 with more momentum than apparel.

To keep the attention of consumers and produce lasting success, fashion companies have to solve a relatively unique set of problems.

Apparel retailers have long lead times and have to basically guess what consumer tastes and even the weather will be like in six or nine months. And the inventory they buy is perishable, something like food in the grocery store, and it rarely makes economic sense to warehouse unwanted looks in the hope they’ll come back into style. The industry has to reinvent itself every few months, moving forward continually, or risk becoming dated.

But that reinvention has slowed on all fronts with the recession bearing down.

“Stores in the fashion world right now, they are dusty,” said Martin Lindstrom, marketing expert, branding strategist and author of “Buy-ology: Truth and Lies About What We Buy” (Doubleday). Although retailers introduced a number of concepts earlier this decade, innovation has largely sputtered, he said. And some of those concepts, such as Abercrombie & Fitch Co.’s Ruehl, have failed.

“They’ve reached a point where they’ve really been falling asleep and suddenly nothing new is happening,” Lindstrom said of fashion retailers. “It’s like going into a museum.”

By contrast, he said shoppers going online, on their computers or increasingly on their handhelds, are “constantly bombarded with new and interesting stuff.”

“The functionality of the latest electronics marks a serious consumer challenge to the apparel industry,” said Warren Berger, author of “Glimmer: How Design Can Transform Your Life, and Maybe Even the World” (The Penguin Press). “There’s a sense out there that you have to have [the latest gadget] to be part of the current debate or the current lifestyle,” he said. “That’s a very compelling sales pitch. In the fashion design realm, you really don’t have that kind of compelling case you can make.”

Brand executives often brag that their line is like nothing else on the market, but that claim is often scripted hyperbole or too narrowly true to have any real relevance to consumers looking to stretch their extra dollars.

“There are very few needs when it comes to fashion,” said Robert F. Buchanan, a finance professor at Saint Louis University who was an equity analyst for 24 years.

Buchanan pointed to designer denim as the most recent new and compelling apparel offering to catch fire. Fashion companies are being too conservative and too safe and need to let their designers be creative to flourish and come up with the next big thing, he argued.

“I’d give them a D-minus for failing to look past the tip of their nose,” Buchanan said. “Right now, [fashion companies are] too focused on maximizing sales and profit, too uptight. Just let the designer relax and try new stuff out and at some point she or he will come up with something. Quit breathing down their necks because sales are slowing down.”

Publicly held fashion companies are often criticized for chasing short-term gains to turn in the sales increases Wall Street wants each month, or at least each quarter, at the expense of their longer-term success.

Miscalculations are common, forcing fashion companies to try to raise their prices or cut their costs to compensate.

“You have to have high [profit] margins to deal with the ebb and flow and the greater product risk than you have in consumables,” said Chris Donnelly, a partner in Accenture’s retail practice.

“You’re not just fighting the store you’re across the way from in the mall,” Donnelly said. “That’s one battle you need to fight, but you also need to fight this larger battle. It’s an arms race of sophisticated marketing.”

Donnelly described fashion’s reliance on the whims of style as “a blessing and a curse.” Hitting a trend right can lead to a large uptick in full-price sales, but missing the mark is often financially painful. Competitors from other industries are also always there, with a more consistent offering of other types of products to win the shopper’s dollar.

Marketing is the battle that fashion companies — an image-conscious group if ever there was one — are rather well prepared to fight.

“You have to be better at marketing than the average bear if you’re going to be successful,” said Mike Moriarty, partner and head of the retail practice at management consultant A.T. Kearney.

But the industry uses marketing to a different end than, say, consumer products firms.

“The difference in [fashion’s] marketing is that it is not so much reminding the consumer of how good the product is, but actually getting the consumer to get out of their chair and buy something,” Moriarty said. “As a result, successful fashion companies are going to be far more innovative and forward looking.”

Pairing up the right message with the right product is the tricky part.

“The consumer has been so hard to envision in the last year or two that it’s been very difficult for fashion companies to strike that success,” Moriarty said.

For the most part, fashion companies are going it alone. Although the design side of the industry gets high marks for cross-pollination with other industries, the business side isn’t known for playing well with others.

“When you talk to a fashion designer, they say that they are always inspired by other things,” said Matilda McQuaid, deputy curatorial director and head of the textiles department at the Smithsonian’s Cooper-Hewitt, National Design Museum. “Fashion design also inspires so many other aspects of the design field. They’re leaders in terms of textile technology. They’re the ones out there trying to get fabrics to do the almost impossible.”

Fashion is “a leader in terms of design, but at the same time it looks outside of design and looks outside its own parameters to find inspiration,” she said.

That good example isn’t being followed by the suits who run fashion companies. Although the industry has in the past been counted among the business innovators, it has lost some of the spark that put it out in front of the pack in areas such as globalization.

“There have been really key things over the last several decades that the industry has really been on the cutting edge of — the paring down to core competencies,” said Marsha Dickson, chair of the University of Delaware’s fashion and apparel studies department, pointing to outsourcing.

But the type of collaboration and transparency that helped ease production from the U.S. to Mexico and Asia and beyond is now lacking.

In general, the industry “doesn’t like to collaborate,” Dickson said. “It’s very secretive. That innovation that can come from working with others…that unwillingness to be transparent and to be collaborative has probably limited the industry.”

Segments of the fashion business — Dickson pointed to active sportswear and footwear producers — have learned to work together to dedicate the research and funds needed to get the product right.

“The bulk of the industry really doesn’t invest in itself in that way,” she said. “Honestly, we’re not going to get anywhere if it doesn’t invest in itself in that way. Maybe we have to lead again and we just have to get ourselves out of this valley. It is time for innovation again. Everything has been about making sure you have what everybody else has so you don’t get left out of the great idea.”

Still, no matter how dire the outlook, there are companies that shine. “The industry is competitive with a lot of the great industries out there,” said David Lamer, former Tommy Hilfiger executive, equity analyst and chief executive officer of DML Brand Advisors. “We have our answer to an Apple in our industry and that’s J. Crew and Coach. Not everybody is going to be relevant all the time.”