While retailers chase upscale shoppers, an even bigger market out there is being underserved: the low-income shopper. 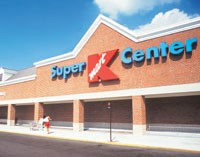 NEW YORK — While retailers chase upscale shoppers, an even bigger market out there is being underserved: the low-income shopper.

And, unfortunately, the ranks of the poor are growing in the U.S. In 2004, the number of people living in poverty increased by 1.1 million, to 37 million. Compared with the 2004 median household income of $43,300, the average poverty threshold for a family of four was $19,311, according to the U.S. Census Bureau.

They face rising food costs, high gas prices and are plagued by high unemployment, making value for money when it comes to apparel ever more important.

Yet it’s a sector that is increasingly underserved as retailers — including Wal-Mart, Target and Sears — chase a more upscale consumer. Even dollar stores, those bare-bones emporiums where almost everything costs a buck, have shown interest in stocking more brand-name apparel at higher prices.

Of course, the word “upscale” is relative. No one is suggesting Wal-Mart plans to sell $200 cashmere sweaters and $400 alligator pumps. But Wal-Mart, Target and a variety of other chains are reaching for more affluent customers than the ones they now serve and are stocking their shelves accordingly.

“What’s missing is a low-priced specialty store that can offer clothes with a fashion element,” said Retail Forward vice president Mandy Putnam. “Dollar stores aren’t going after the apparel category; they mainly sell seconds and irregulars. A lot of downmarket sales occur at flea markets and garage sales. The secondhand market captures quite a bit of low-end apparel spending.”

As fewer and fewer stores cater to their needs, less-affluent shoppers are turning to nontraditional retailers such as Avon, catalogues such as Blair and home shopping networks such as QVC and HSN. Avon, which sells clothing to a broad range of consumers, features on its Web site a shawl jacket for $22.99 and a terry lounge set for $22.99. “It’s one of the best-kept secrets in the industry and does a huge business,” said Marshal Cohen, president of NPD Worldwide, of Avon. “QVC and HSN do an incredible job with the lower- and midlevel consumer.”

Blair, a 97-year-old catalogue and e-tail business, embraces its core customer, whom it defines as older, heavier and less affluent than shoppers of traditional chains such as J.C. Penney or Sears. Mark Espin, vice president and general manager of women’s wear, said the company’s focus is on work attire. “We’re selling apparel that’s bringing our customers to work,” he said. “Our customer describes herself as having a job, not a career.”

Blair sold $560 million worth of apparel last year, including items such as pedal pushers for $12.99, stretch T-shirts for $7.99 and capri and tunic sets for $14.99. Espin knows Blair’s customers. “They are not fashion leaders,” he said. “Dressing and shopping are not at the top of her priority list. She’s price-sensitive. The lowest-priced items sell best. Our customer is 35 to 70 years old. She is a size 16 on average. Lower-income shoppers tend to be larger people.”

“We’re going downmarket,” said John Morgan, chairman and chief executive officer of Winmark Corp., which franchises Plato’s and Once Upon a Child locations. “We definitely think we have a value proposition that’s very attractive, especially to young female customers. They can get brand names like Abercrombie & Fitch and Gap for half the price. Our business is very strong.”

When Plato’s opened a new unit in Montgomery, Ala., recently, the scene was pandemonium, with consumers lined up outside the door. Once inside, they were fighting over the merchandise, Morgan said. “Plato’s has 180 stores. We can make it a lot bigger. Plato’s is expanding quite rapidly.”

Hurricane Katrina brought the issue of poverty to national attention by exposing the vulnerability of the poor in excruciating detail. As residents return to the affected areas, some are finding stores in their neighborhoods permanently closed. Family Dollar Stores, for example, said 15 of its locations in the Southeast have major damage and might never reopen.

Goody’s, Dollar General and J.C. Penney were all impacted in varying degrees in the Gulf region by Hurricanes Katrina and Rita. Wal-Mart on Wednesday said 11 stores damaged by Katrina and two hit by Rita are still closed. Some will be closed for the long term, a spokeswoman said. Big Lots said dozens of stores were damaged by the two hurricanes and some have yet to reopen, but did not specify how many.

Nowhere is the squeeze on low-income consumers more evident than at Wal-Mart. In September, the retailer released its second-quarter results, which included a 5.8 percent profit gain for the second quarter — its slowest earnings growth in four years. H. Lee Scott Jr., Wal-Mart’s president and ceo, expressed concern that oil prices will “erase improvements and employment and real income for an important portion of our customer base.”

Indeed, as the largest apparel resource for value shoppers, Wal-Mart commands 28 percent of the sector’s sales, according to Richard Jaffe, a retail analyst at Legg Mason Capital Markets.

But a company spokeswoman said Wal-Mart won’t leave low-income consumers behind, even as it introduces more high-priced collections such as its new Metro 7 contemporary line aimed at 25- to 45-year-old women.

“We’re giving them options to pick from, rather than just carrying one higher-end or lower-end brand,” said the spokeswoman. “We’re just like any store with their different brands. We have a spread in the range of our prices from the lower end to the higher end. We have a variety of consumers at different income levels. They have to eat and be clothed and they’re still coming to us. We’re still in this boat together.”

Wal-Mart can tailor individual stores toward local preferences; certain stores are oriented to caviar tastes rather than rock-bottom prices. In Boynton Beach, Fla., an area of gated golf communities, a Wal-Mart Supercenter features a lobster tank, displays of succulent shellfish and three kinds of Brie and four types of Camembert cheeses. “Everybody wants to trade up,” said Emanuel Weintraub, a retail consultant. “Wal-Mart will eventually have a dual marketing policy for both low-income and higher-income consumers.

“I don’t believe Wal-Mart’s strategy is to abandon its core customer,” Weintraub continued. “They want to grow the business by attracting others. They’re looking to accelerate the purchase level of the high-end shopper.” The irony, he said, is that Wal-Mart, the biggest apparel seller, “is doing the worst job.”

With its stable of design luminaries and clever ad campaigns, Target owns 12 percent of total apparel sales in the lower-income category, according to Legg Mason. Design-savvy consumers have been beating a path to Target, which sells Michael Graves-designed products in the home area and fashion by Isaac Mizrahi, Liz Lange and others.

Following the merger of Kmart and Sears, some Kmart locations are carrying Sears’ more expensive proprietary brands, Apostrophe and Covington, rather than Kmart’s Jaclyn Smith label. Sears Holdings Corp. has indicated its strategy is to focus on middle- to upper-income women in their 30s through 50s. Legg Mason estimates that Sears Holdings accounts for 8 percent of apparel sold to lower-income shoppers.

Meanwhile, J.C. Penney, which captured a 12 percent share of the lower-income group, is upping its fashion ante. Its new collection, nicole by Nicole Miller, features cotton duster coats for $100 and eyelet jackets for $72. Sears’ proprietary St. John’s Bay label offers wool peacoats for $99 to $109. A Worthington cashmere blend walker coat costs between $159 and $169.

“The middle market is being squeezed and has to respond,” said Cohen of NPD Worldwide. “The only way to fight back is by going upscale or downscale. Nobody wants to say, ‘I’m moving downscale.'”

Although affluent consumers purchase only 5 percent of total apparel sales in this country, stores continue to fuss over this market segment. “We’re already seeing fallout from having too many players in the upscale arena,” said Cohen. “Everybody’s talking about marketing by age and income level. It’s a matter of time before they realize there’s more merchandise than the consumer can consume.”

The lower-end market, on the other hand, is rife with opportunity for a chain offering reasonable quality, fair prices and credible fashion. But when was the last time somebody launched a retail concept squarely aimed at low-income shoppers?

“Quite long ago,” said Weintraub. “One thing we know about low-end people is they don’t have much money to spend in stores.”

Even if they lack large disposable incomes, it’s a mistake to assume those with modest incomes aren’t as interested in fashion as the next person, said observers.

“As important as brands are to you or me, they’re more important for people that have less,” said Jaffe. “Wal-Mart is finally waking up and saying apparel sales are not about basics. Nobody needs new clothes; they have to want them. Wal-Mart has been late to the party to shift from cheap-as-possible basics. There’s a huge opportunity for someone to take shares from lousy operators. Wal-Mart is a market share donor because it doesn’t get the fashion business.”