The well-known model is making a new name for herself as a "hands-on" early stage investor of many tech start-ups.

In addition to model and philanthropist, Natalia Vodianova now needs tech investor in her descriptor, too.

Over the last few years, Vodianova has quietly managed to invest in 20 start-ups (a 21st is on the way) alongside her partner in the endeavor Timon Afinsky, through a France-based company called Supernova. The investments range from a sleep app, Loóna, to a simplified legal contract app, e-gree, to Zenia, an AI-driven yoga assistant. There’s also Little Tummy, cold-pressed baby food; Wannaby, an AR-driven shopping app, and 3Dlook, mobile body-scanning tech for fit, among more than a dozen others. But it all started with Elbi, an app the two launched several years ago that turned the idea of social media “likes” into $1 charitable donations.

“We suddenly opened ourselves up to this world of tech, just by diving into it and investing in Elbi and building it,” Vodianova said, speaking on video chat from her Paris apartment, where she’s mostly been with her children and longtime partner and now husband Antonie Arnault during the lengthy coronavirus pandemic. “We made so many mistakes, hired so many wrong people. In that sense there was a real learning curve. But some things we did really well.”

Communication, branding and marketing, utilization of the platform itself — all of that Elbi excelled at, even if at times its tech was lacking. Vodianova said with pride that Elbi was also “very, very loud” in terms of publicity and the charitable campaigns it undertook, something she saw many founders in the tech space had difficulty doing for themselves.

“A lot of founders have fantastic tech, very interesting companies scaling hugely with a large audience, but absolutely no brand and no visibility,” Vodianova explained. She and Afinsky started to get requests for help.

“That’s literally how it started,” Vodianova added. “Then just word of mouth. Founders know each other.”

The investment portfolio has grown so much that Vodinova and Afinsky seriously considered starting their own fund, but ultimately decided against it, mainly because the mechanics of it would be a drain on already limited time.

“Maybe one day if we feel like we really want to invest in a much bigger team, we’ll do it, but until then, it feels right to do it like this,” Vodianova said. “We feel more free.”

As it stands, Supernova has a team of six working on investments.

Her first two investments were Flo, a women’s health app that tracks hormonal and menstrual cycles, among other uses, and PicsArt, a mobile app for editing photos and video. She’s still invested in and sits on the board of both.

Vodianova actually has 12 board seats, all with start-ups she’s invested in, including Loóna, (which she said has helped her husband stay asleep at night), and e-gree, of which she is chairwoman.

Generally, being at the angel investor level means you do not get automatic board placement. Vodianova’s investments range between $25,000 and $100,000, getting her usually around a 5 percent stake in a business. Even so, she’s been asked to sit on several boards, Afinsky said, speaking from London, “because these companies need this expertise.”

“Natalia approaches these businesses from their pain point,” added Afinsky, whose background is in p.r. and media. “It’s the most important thing and she tries to understand and then tries to solve it. It’s very efficient.” 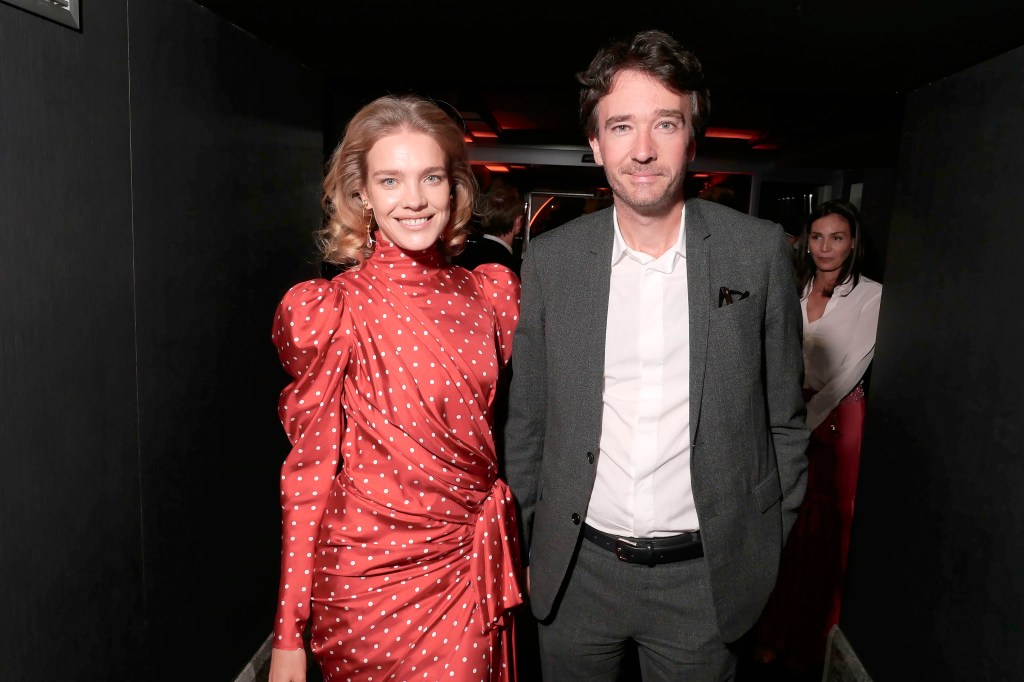 Natalia Vodianova and Antoine Arnault at the Naked Heart gala in 2018.  Stephane Feugere/WWD

Vodianova, being a well-known model and philanthropist and member of the influential Arnault family, surely doesn’t hurt, but she has a keen sense of what a new company needs to do to get a foothold through her years of work.

She admits that her knowledge of the fashion industry after about 20 years as a working model, and the business machinations behind that are helpful for the startups she invests in and works with. But she credits her creation and operation of the charity Naked Heart Foundation as the most valuable in terms of investing and advising.

“I built a very successful organization and for that I’ve done a lot of events. You learn so much by doing live events, what people respond to.”

She throws an annual charity gala and auction for Naked Heart and said figuring out what sort of lots would pique the interest of bidders showed her that, in many instances, people need someone from the outside to come in and imagine for them what they want. Her example was auctioning off a stay at The Château de La Colle Noire, the former country home of Christian Dior, which the brand now owns and keeps private. Even though Dior is part of LVMH Moët Hennessy Louis Vuitton, such a stay had never been auctioned before, and Vodianova said assurances had to be made that the right bidder would get the experience.

“It’s a lot of meticulous work but it’s also storytelling and imagining something that doesn’t exist yet, that neither a brand nor a potential client sees yet,” Vodianova said.

In the case of investing, she imagines what type of marketing will work for a brand, or what unique ambassador or investor they should bring on.

“[Working with start-ups] is so much about storytelling,” she said. “And so often, especially tech people, they build a product and they iterate all the time to fit the demand and find what works. But sometimes they iterate so much they lose the initial vision they had.”

If all of this sounds a little in the weeds for a typical early stage investor, it’s true. Vodianova admits that she and Afinsky are “very hands-on” and so selective about who and what they invest in. “We spend a lot of time with our founders.”

And what Vodianova and Afinsky are looking for in their investments is simple but rather lofty.

“We’re looking for products that will either change industries or will change people’s lives, as grand as it sounds,” Vodianova said.

Making piles of money on a big exit of one of her investments is not a central concern.

“This is definitely a business and we do invest money so of course we want a return… but who I invest my time into, that for me is the most precious thing,” Vodinova said. “I’d much rather get less return on a good investment, than invest in a company that gets huge because it, for example, sells cigarettes.”

Escada Files for Insolvency in Germany Amid Financial Stress

A New Generation of Boutique Agencies Emerging From the Pandemic