The company’s third-quarter showed gains, but a cut to its outlook hit its stock hard.

Morris Goldfarb is balancing art and science — as well as a push into denim, weakness at retail and higher tariffs — for G-III Apparel Group, which posted solid third-quarter gains but got beat up on Wall Street for a weaker outlook.

But Goldfarb, who leads G-III as chairman and chief executive officer and has been with the company for 45 years, is used to the balancing act. Next week, G-III will ring the closing bell of the Nasdaq stock exchange, marking 30 years as a listed company.

On a conference call with analysts, Goldfarb said the art and science of G-III were working.

“In fashion, you create an art, you’re making product that is not always the same,” he said. “Fortunately, our art is working, and we’re able to raise some of our prices as we change fashion, as we change fabrics, as we accommodate what the consumer is now looking to achieve. We’re not a Walmart resource, and we are not a Bergdorf Goodman resource, we’re kind of a middle-market business.…We’re careful as to where we raise our prices, and it’s been working.”

At the same time, he acknowledged that the company, founded by his father in 1956, is taking a more numbers-oriented approach.

“We’re looking at our business much differently than we have historically,” he said. “It’s not about a salesman just getting in front of a stage and showing nice product. It’s a planner estimating to the best of their ability, and we’ve got some amazing planners, what the consumer will buy from the retail venues that we ship.” 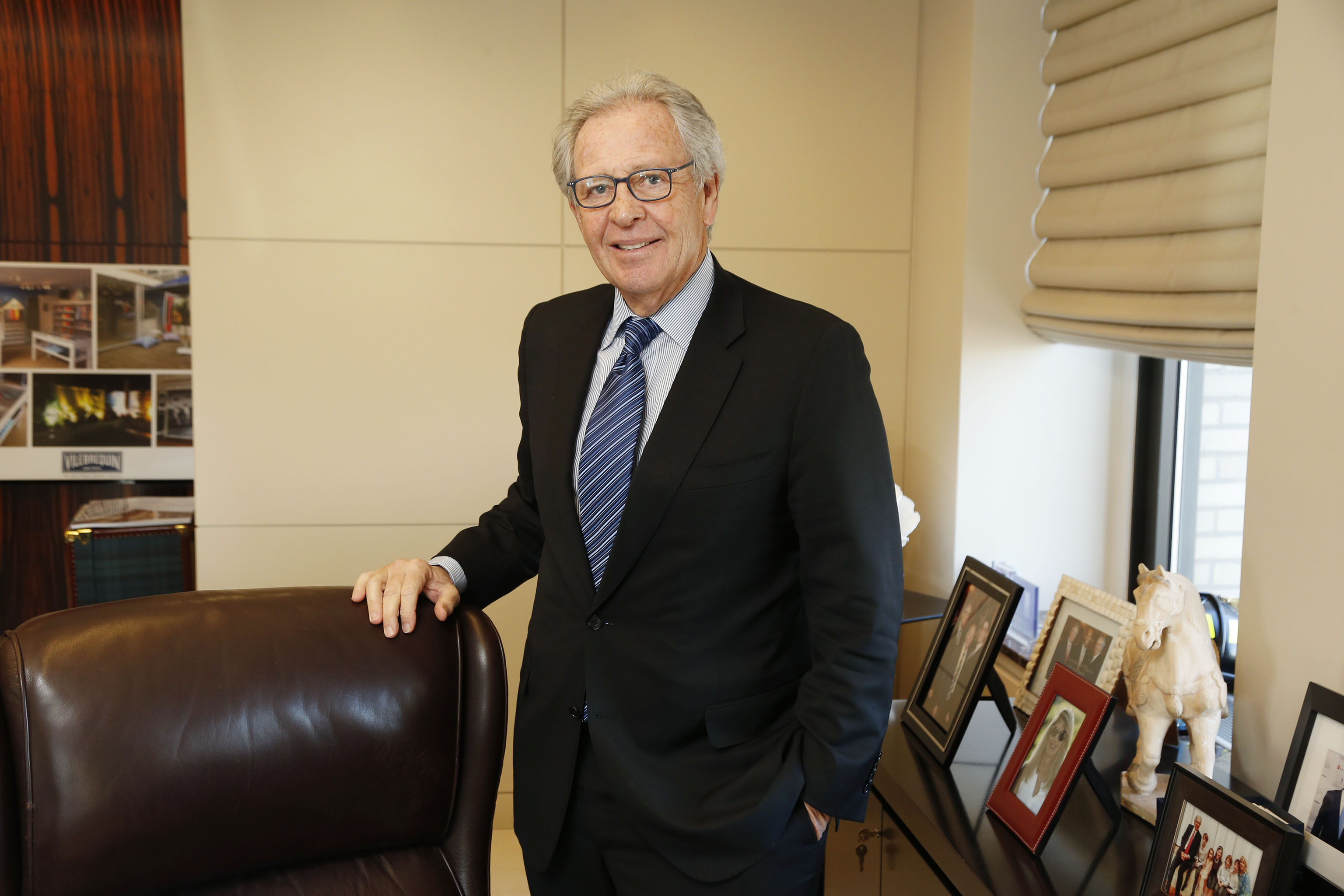 Sales for the three months ended Oct. 31 rose 5.2 percent to $1.13 billion from $1.07 billion, but still lagged the $1.17 billion Wall Street had penciled in. The company — which owns DKNY and Donna Karan and produces Calvin Klein and Tommy Hilfiger goods under a license for PVH Corp. — saw its wholesale sales rise 6.2 percent to $1.07 billion in the quarter.

Wall Street wanted more. Shares of the company fell as much as 11.4 percent in morning trading, but rebounded in the afternoon to close down 2.2 percent at $27.89.

One of the growth areas is denim — a category that G-III is pressing with Calvin Klein, Tommy Hilfiger and DKNY.

The company just shipped its first CK Jeans looks and has installed about 25 CK Jeans shops at Macy’s stores.

“Initial reads of the sell-throughs are encouraging,” Goldfarb said. “We remain confident that we can build a substantial lifestyle women’s CK Jeans business over the next several years with the potential of reaching $250 million in annual sales.”

This spring, the company will launch a Tommy Jeans collection that will be sold separately from Tommy Hilfiger sportswear and focus on a younger consumer

Meanwhile, DKNY will soft launch a jeans line in spring with an edgy vibe. A full launch is expected for fall.