Concerns about the economy are still weighing heavily on the minds of 90% of U.S. consumers. 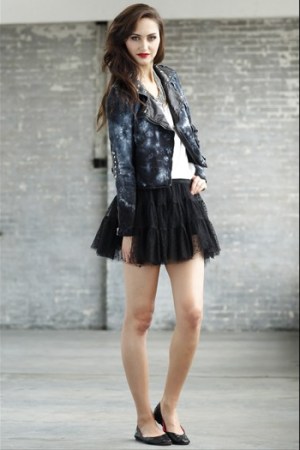 Concerns about the economy are still weighing heavily on the minds of 90 percent of U.S. consumers, according to a new survey by BIGresearch for the National Retail Federation.

“Consumer sentiment can’t get much worse than it is now,” said Matthew Shay, president and chief executive officer of the NRF. “Nine out of 10 consumers are saying the economy is impacting their [buying] decisions. Consumers have even less to spend than they did a year ago. Saving and frugal spending are key.”

Only 26.5 percent of those polled were confident or very confident about the economy, BIGresearch’s lowest reading in over two years. Confidence in a rebound is also fading fast, with just 27.8 percent of those surveyed optimistic about a return to better days, a 38 percent decline from 2009.

The NRF is projecting a 4 percent increase for retail sales in 2011, but Shay said, “That’s still way below where we need to be and way below a number that would represent a growing and expanding economy that’s starting to chip away at unemployment and the uncertainty that exists. The comparisons are going to get more challenging because a year ago, we were comparing to 2009 numbers and most of the pent-up demand is exhausted.” The organization has been aggressively lobbying to push forward its agenda, which includes quick passage of free trade agreements and reforming the corporate tax code.

More available consumer credit would be helpful, too, not that Shay wants to see a return to 2006’s “unhealthy levels of debt or consumption. There needs to be appropriate restraints on credit.” Now there’s arguably too little access to credit, an overcorrection in the other direction, he added.

“The recovery of the last 24 to 26 months has been underwhelming at best,” said Shay. “We’re only seeing 25,000 jobs created every month, not enough to chip away at unemployment. [The retail industry] represents one in four jobs in the U.S., nearly 20 percent of the gross domestic product. The retail industry is a good proxy for the overall economy. We see more clearly than any other segment what consumers are thinking about and where they’re spending their money.”

Shay said projections for back-to-school and back-to-college will be flat or up slightly, with $68.8 billion in sales for the period, the second-largest consumer spending event behind Christmas and a harbinger of holiday sales trends. “We expect the economy to continue impacting consumers into the holiday season,” Shay said.

In addition to gaining market share, online players are enjoying higher average sales than physical stores. Families with children in grades K-12 will spend an average of $600 in brick-and-mortar stores, and families of college students, $800. Online shoppers will spend $850 on b-t-s items and $1,100 on college products, a 40 percent increase, according to BIGresearch. “There’s no question,” said Shay. “Online will be a winner again this year.”