Number 9: The Return of the Fashion IPO

By Evan Clark and Luisa Zargani on December 12, 2011
View Slideshow 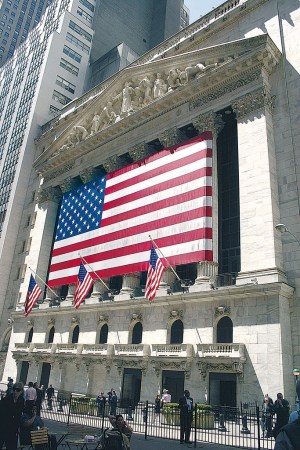 The fashion world seems to have Mother Goose on its mind, continually chanting “to market, to market” — and many then dancing a jig.

Companies — some of which have had investors licking their chops for years — are floating their shares, or laying the groundwork to do so. From Prada and Salvatore Ferragamo SpA to Michael Kors Holdings and Graff Diamonds, it seemed a prospectus is the must-have accessory of the year — and will remain so well into 2012. And Hong Kong has become a darling for a listing, giving companies an instant profile in the burgeoning Asian market.

Initial public offerings can raise money for companies to expand, allow founders and early investors to cash out and give a firm a higher profile and new type of currency — its stock — to barter with and reward executives. Many companies are trying to capitalize on the relative strength of the well-to-do shopper. According to luxury goods association Altagamma, high-end consumer spending is expected to expand for the next eight to 10 years and firms want to invest more in their operations as they try to take advantage of that growth.

But IPOs also shine a spotlight on firms, laying bare the specifics of their financial statements and subjecting management to the whims of markets and the wishes of shareholders, the new, demanding bosses to whom they have a legal obligation.

Prada, which had become legendary for planning its IPO and then reversing course several times over the past decade, finally took the plunge in Hong Kong in June.

“This is the first Italian and the first luxury company to list in Hong Kong,” said Prada’s chief executive officer Patrizio Bertelli during the listing ceremony. “We see it as a landmark. China will be one of the most important countries for luxury worldwide, and other companies will follow in our footsteps.”

Most of the shares sold came from Miuccia Prada and others in the company, raising more than 2.5 billion Hong Kong dollars, or $321.6 million at current exchange rates. Prada was the second-largest Hong Kong listing and the fifth-biggest IPO transaction globally so far this year, according to Dealogic.
All the reward comes with risk.

Shortly after Prada joined in, markets took a plunge as U.S. political wrangling, a broad economic retreat and troubles in Europe spooked investors the world over. Prada’s stock, which appreciated as much as 28.9 percent in the weeks following its introduction, closed at 35.85 Hong Kong dollars, or $4.61 at current exchange, Friday — at a 9.2 percent discount to the IPO price. Ferragamo, which opted to bow in Milan, also hit its post-IPO peak in late July, but is still trading 20.2 percent above its initial price, closing at 11.66 euros, or $15.60.

During the road show introducing the company to investors, chairman Ferruccio Ferragamo said the decision to list on the exchange was taken by the family “unanimously, to further develop [the luxury goods house] in the future with continuity and a strong managerial asset.” There is an ever-growing number of family members, now totaling 70.

Ferragamo said in November that “even after what happened [with the markets’ instability],” he thought the listing “was a positive move” for the company. “The Bourse rewards the luxury sector, which is more stable and less sensitive to the highs and lows of the market.”

Coach Inc., which is already traded in New York, also decided to raise its profile in Asia by listing depository receipts, which trade like shares, in Hong Kong. And last week, jeweler Chow Tai Fook raised $2 billion in a Hong Kong IPO, pricing shares at the low end of its price range, according to people familiar with the situation. The company is China’s dominant jeweler, with more than 1,500 points of sale in more than 250 cities.

Kors saw his opening earlier this month and filed for a New York offering that could raise more than $900 million for the company’s current shareholders, including $111 million for the designer personally. Shares are set to be priced Wednesday and could hit the market as early as Thursday.

The offering could value Kors at $3.63 billion in the first U.S. offering of a designer brand in years.
Kors is a good candidate for public markets because it is at a midpoint in its development, having grown enough to establish itself, but also having room to expand and ultimately pass along that growth to shareholders.

Nor will all the action end with the arrival of the new year. On deck are luxury cashmere brand Brunello Cucinelli, which plans to list in Milan in the spring, and London-based jeweler Graff Diamonds, which hopes to raise as much as $1 billion in a listing next year, most likely in Hong Kong, according to sources. Analysts expect even more to emerge as the year progresses.