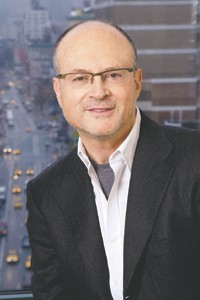 NEW YORK — Faced with consolidation in the market as well as cost-cutting pressures, many companies have cut back on efforts to train and nurture talent.

As a result, there are fewer talent benches in the apparel retail and vendor markets, which makes recruiting top-level executives a challenge, according to a recent panel discussion on retail leadership.

The panel, hosted by Berns Commun­ications Group, a business communications firm specializing in retail and fashion, also discussed how private equity interest in the sector has changed the dynamics of executive recruitment.

WWD: What is the most pressing issue in regard to the future of executive leadership?

Hal Reiter: In terms of complexity, recruiting talent is probably the most serious area we have to face. When it comes to recruiting c-level officers [chief executive officers, chief operating officers, chief financial officers], there are two threshold issues. One is the overall lack of talent. And the other is the lack of inventory of talent. But interestingly, it’s also the same two issues that companies face outside of our industry with companies such as Boeing and Home Depot, which have had ceo transitions over the past five years.

So it’s been a difficult challenge, finding candidates with the left brain/right brain attributes needed to run a large, successful company. I think it’s more acute in our industry. Notwithstanding the consolidation in our industry, which you think would free up executives, but it really hasn’t. Just look at the regional retailers that have gone out of business. Jamesway, Caldor, Ames, Bradlees are gone. So you would think this would free up executives and increase the talent pool.

And there’s been consolidation on the vendor side, which you think would increase the talent pool. But it has not. So when we discuss with a company about filling a c-level position, we often have to ask if it is OK to fill the position with a candidate from outside the industry.

Billy Susman: When you look at some of these consolidations, you have to then ask yourself, “Who is growing talent?” If you look back, historically, so many successful ceo’s have come out of Macy’s or from A&S’ training programs. I would say Neiman Marcus was — and perhaps still is — a good incubator of talent. But why aren’t some of the larger companies incubating talent?

H.R.: Some do have training programs, but they are having trouble retaining talent. It’s a serious issue.

B.S.: The willingness by a company to invest in a person for the long term, say 15 years, to really grow them, is gone. And I don’t know if the individual has the patience to wait that long, either. So many candidates end up not as qualified. We’re also living in a time, from a financial perspective, when more and more ceo’s are leaving companies in a less glorified way. There are fewer and fewer heroes.

Eric Hertz: There used to be a lot more “shooting from the hip” in regard to recruiting talent. But the world is much more complex now, especially with consolidation and globalization. You need to tap an outside knowledge base. But this is changing. Since we launched the executive education program at FIT two years ago, we’re seeing an inkling of change. We have 10 to 12 major companies subscribing to the program. They send [executives] to hear lectures from top business school professors, to analyze case studies, and to try and access the knowledge that is there. And sometimes the answers come from right next door. You can look at Whole Foods and see a perfect example of consumer relationship marketing, which is something [the apparel] industry has not succeeded at. So, I would say there is a need for knowledge.

H.R.: What’s interesting is that if you look at the resumes of executives who have gone through the training programs such as A&S and Macy’s years ago, they started as trainees. Then they became assistant buyers for home, shoes or cosmetics. And then they became buyers for men’s, and then senior buyer for intimates — all in three years. They were fast-tracked, and include executives such as Terry Lundgren, Mickey Drexler and Rose Marie Bravo, among others. Anyone who is 50 years old and successful was in one of those training programs.

B.S.: They were loyal to that organization. And to the career path education.

WWD: So there is still a need for this type of training?

E.H.: Absolutely. Also, there’s no nurturing of talent. So what happens is that a manager emerges as senior specialist, say in marketing, and they have no experience in other domains such as sourcing or financing. So when it comes time to replace a ceo, there is no one from within the company who has been prepared. So many companies end up going outside the industry to recruit talent. I think it’s very shortsighted.

H.R.: There are some companies, like Neiman Marcus, which do promote and nurture talent from within.

B.S.: Yes. When you look at the next generation of talent and leadership and where it can come from, Neiman Marcus comes to mind. Nike, too. These are companies that have a lot of passion for what they do, and a deep talent bench. VF Corp. is another example; it’s a company that has retained and attracted talent.

H.R.: I also think Federated Department Stores has a deep talent bench. They move people around a lot, internally. And [ceo] Terry Lundgren has been able to develop an executive team that is still quite young.

B.S.: What about the non-competes today; do you think they have an impact?

H.R.: Yes. There’s a bilateral purpose of a non-compete. One is to protect the company, and the other is to protect the individual. It forces the company to act more responsibly toward the senior executive. But some states, such as California, do not allow non-competes, which is why you see executives from Gap [based in San Francisco] going all over the place. It also restricts the recruiting side of the business. When we get a large search going, we’re limited in searching the talent pool due to non-competes.

So, not only do you have lack of talent, the talent that you get is abbreviated by their inability to move.

B.S.: I would also add that a meaningful taker of this talent pool is the private equity world. When an executive leaves a situation, a private equity firm very often quickly approaches them. And I would say that nearly all of the private equity firms or hedge funds involved in the retail space today have a group of executives on call. They are “ceo’s in waiting” until the auction of the acquisition closes.

H.R.: The private equity firms are looking for talent not only for their own benches, but also to run the companies they acquire.