Off-Price Could Be Sweet Spot for Holiday

Midtier apparel retailers are gearing up for a holiday showdown, and analysts say off-price players could come out on top, leaving department stores and discounters fighting for middle-market share. 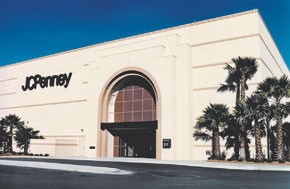 Midtier apparel retailers are gearing up for a holiday showdown, and analysts say off-price players could come out on top, leaving department stores and discounters fighting for middle-market share.

Department stores such as J.C. Penney Co. Inc., Sears, Roebuck & Co. and Kohl’s Corp. created a buzz this weekend with “Super Saturday” sales that offered shoppers deep discounts on apparel and home goods. Then on Tuesday, J.C. Penney and Kohl’s each had storewide sales that included apparel promotions of 30 to 50 percent off.

“When retailers report monthly sales, I think it will be very disappointing,” said Walter Loeb of retail consulting firm Loeb Associates. “I believe that the hot weather discouraged customers from buying any winter apparel or even warm underwear. As a result, I estimate a reduction in traffic of 13 percent. Because of the lack of business for retailers in general, I believe there are unplanned inventory accumulations, which will result in extra markdowns and more sales in order to clear the merchandise and allow retailers to have, in the last nine weeks of the year, product that is desirable.”

Soaring energy prices, food inflation and the slowdown in the housing market have generated apprehension in the economy, leaving retailers unable to wait until Black Friday to jump-start holiday deals.

With advertisements such as “The Biggest Sale of Them All” at J.C. Penney and “100 Early Bird Specials” at Kohl’s, shoppers transitioned into Black Friday mode just as Halloween ended.

“There is a new circumspect consumer who is more thoughtful and price-conscious,” said Craig Johnson, president, Customer Growth Partners. “No one wants to pay retail; everyone wants to get or think they are getting a deal.”

According to a study by BDO Seidman LLP, an accounting and consulting firm, 73 percent of chief marketing officers at U.S. retailers said discounts and promotions will be more robust this holiday compared with 2006 due to the current credit crunch.

These concerns have made 64 percent of the chief marketers more cautious in their sales and inventory purchase plans. “When you consider that discounting was widespread during the 2006 holiday shopping season, the forecast of even more discounting this season communicates both a growing anxiety among retailers about reaching sales goals and the potential for value buying for consumers,” Al Ferrara, partner in the Retail and Consumer Product Practice at BDO Seidman, said in a statement.

But off-price retailers such as TJX Cos. and Ross Stores Inc., which buy brand-name merchandise from manufacturers and department stores to resell at discounted prices, tend to perform well in both good and bad markets, said Mark Montagna, retail analyst at CL King & Assoc.

“There are always those customers looking for a deal; they are almost like professional shoppers. In a bad market, shoppers will be trading down, and in a good market, they will be trading up from Target and Wal-Mart,” he said. “These companies are viewed by investors as a safe haven. They have less of a fashion risk, and generally post consistent sales and earnings.”

TJX, for example, has posted only one negative annual same-store sale in the past 25 years.

While mall traffic is down 5 percent for the year-to-date period, traffic at TJX and Ross Stores is flat, which is encouraging, said Kimberly Greenberger, specialty analyst at Citi Investment Research.

Store checks conducted by WWD on Oct. 30 revealed that Century 21, Loehmann’s and TJX all had significantly higher traffic than specialty stores such as American Eagle Outfitters, Banana Republic and Ann Taylor Loft.

And with October one of the top five warmest in history, it is unlikely retailers will see a big boost in sales in fall and winter apparel over the next two months.

“We have been hearing that the number of retailers trying to cancel orders has increased. This leaves a lot of displaced merchandise,” Greenberger said.

Delta Apparel Inc., maker of branded and private label activewear apparel, said in its first-quarter earnings release last week that there has been a weak overall demand for clothes.

“The general slowdown in apparel sales is causing some retailers to delay call-outs, making us cautious until we see more sustained trends,” said Robert W Humphrey, president and chief executive officer of Delta, in a statement.

These canceled orders and the consolidation of department stores have left manufacturers searching for an outlet to unload merchandise — and the off-price retailers could be just the place.

“Retailers like TJX and Ross Stores are the perfect outlets. [Wall] Street will not accept manufacturers posting weak sales. These off-price retailers know this and can negotiate better for product and stock merchandise that is more appealing to the customer,” Montagna said.

In a research note, Brian Tunick, specialty analyst at J.P. Morgan Chase & Co., said TJX highlighted its ability to keep constant open-to-buys and quickly move those dollars into categories that are up-trending, such as accessories, shoes, jewelry and dresses, with lead times as short as several weeks. Department stores typically do not have this type of flexibility.

“While most investors believe that a promotional department store environment hurts off-pricers’ gross margins, management highlighted that the availability of goods gives them more negotiating power and better [margins],” he said in the note.

For holiday, luxury gift-giving will be TJX’s focus, which could drive traffic and ticket price. But a problem could arise when traditional retailers discount merchandise.

“The off-price retailers will have to cut prices as well in order to maintain discounts and remain competitive,” said Richard Jaffe, retail analyst at Stifel Nicolaus & Co.

But while Wall Street and analysts are projecting an overall lackluster holiday, Johnson said he does not believe the hype.

“Good companies will do well no matter what the economic or weather environment,” he said. “Everyone is saying there is a consumer crisis and holiday is heading into the gutter. There will always be a huge holiday season. The consumer is resilient and it is very rare you will see an actual decline.”