TJX shined in the third quarter and Kohl’s, Urban Outfitters and other traditional retailers struggled on the bottom line.

By Evan Clark and Kellie Ell
with contributions from David Moin
on November 20, 2019

The bottom of the fashion food chain has risen to the top — at least in all the ways that matter to investors.

Meanwhile, Kohl’s Corp. cut its outlook for the year and struggled in women’s apparel as it retired Dana Buchman and brought in fresh names. And while Urban Outfitters Inc.’s comp retail sales inched up 3 percent, profits saw a significant decrease.

This latest round of earnings did nothing to dislodge the narrative that the big value players are winning while the traditional retail set, even if they’re growing nicely online, still have to prove they can grow beyond their bounds and do so profitably.

The assessment by investors was quick and brutal.

Shares of Kohl’s dropped 19.5 percent to $47.02 and seemed to weigh on other multiline retailers.

Macy’s Inc. fell 10.9 percent to $15.04, a decline that could have also been related to the company’s disclosure that “a highly sophisticated and targeted data security incident related to macys.com affected a small number of customers during a one-week period in October.” Macy’s said its security teams quickly engaged a leading forensic firm to remove the threat, the incident was reported to federal law enforcement for investigation and affected customers were notified and instructed on how to enroll in consumer protection services at no cost.

TJX continued to plug along with a 1.8 percent gain to $60.64 — giving it a market capitalization of $73.3 billion, or 3.3-times the combined market cap of Kohl’s, Nordstrom, Macy’s, Dillard’s and Urban Outfitters.

And the off-pricer is coming for more.

Ernie Herrman, TJX’s chief executive officer, told analysts: “We are seeing fantastic product availability across a wide range of brands, and we are in a great position to keep flowing fresh merchandise to our stores and online throughout the holiday season. Longer term, we are excited about our potential to keep gaining market share and continuing the successful growth of TJX in the U.S. and internationally.”

Here, a closer look at how Kohl’s, TJX and Urban fared during the quarter. 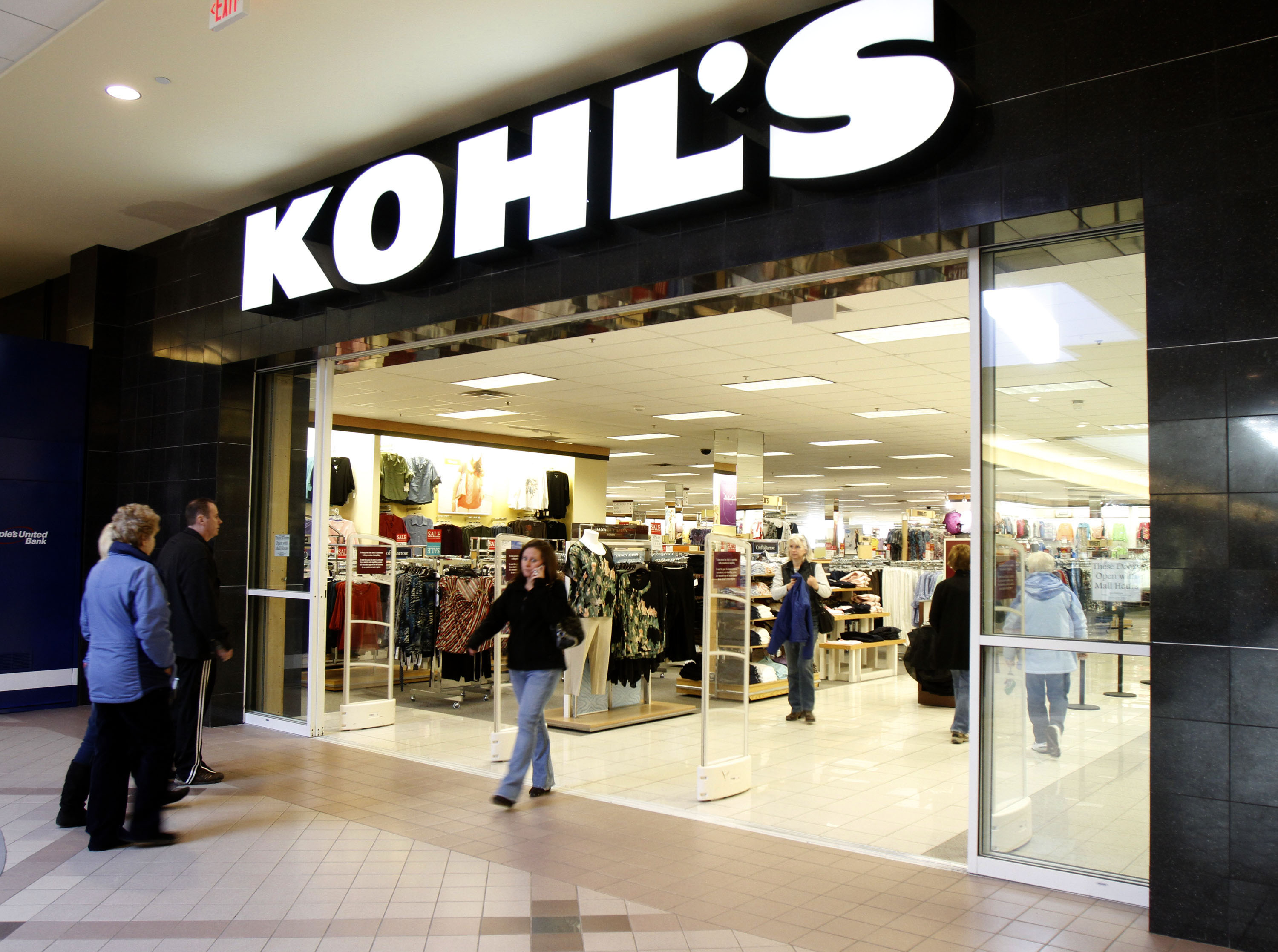 Kohl’s Corp. has a problem in women’s.

But Michelle Gass, chief executive officer, said the category is showing momentum online and is primed for a turnaround as Dana Buchman apparel is being dropped and newer additions, such as Elizabeth and James by Ashley and Mary-Kate Olsen, take root.

The women’s business shrunk by 1 percent in the third quarter as all of the retailer’s other categories grew, with particular strength seen in men’s, accessories and footwear.

Kohl’s comparable sales did move back into positive territory, with a 0.4 percent gain in the third quarter — after a 2.9 percent comp decrease in the second quarter — but it wasn’t enough for investors or to keep the bottom line from falling.

Net earnings fell 24 percent to $123 million, or 78 cents a diluted share. Adjusted earnings per share were lower, at 74 cents a share, and well below the 86 cents analysts projected. Net sales for the three months ended Nov. 2 slipped 0.1 percent to $4.63 billion.

Gass told analysts on a conference call Tuesday that Kohl’s had a soft September due to the increasingly competitive environment and unseasonably warm weather, in addition to significant changes in the store with the launch of new brands.

“Given the heightened competitive environment, we responded by investing in pricing and enhancing our marketing offers, recognizing the importance of entering the holiday season with momentum,” the ceo said, noting the company was now positioned to grab market share.

The result in women’s casual apparel, however, has been “mixed.”

“In the short term, we’ve made a number of moves to position the business for long-term health,” Gass said. “This included exiting the Dana Buchman brand [in apparel] and introducing Nine West and Elizabeth and James. With these introductions, we reflowed the layout of the women’s area in our stores.”

A spokeswoman said Kohl’s decided to “retire” Dana Buchman apparel as of fall, but will continue to sell the brand’s handbags and jewelry.

While the disruption from the brand changes hurt the women’s business in the stores, the category outperformed online.

Gass said there was more work to do in women’s.

“We have a very aggressive and thoughtful strategy, which includes exiting brands that we don’t see as part of our portfolio going forward and introducing relevant brands that will resonate with our core customers as well as drive a new, younger customer and that includes brands like Nine West, of course, Elizabeth and James, the Jason Wu collaboration and there’ll be more to come in the future,” she said.

Meanwhile, the company will continue to keep pushing in other areas of the business that are working, including the active area, the Amazon returns program that drives traffic to the store and the web site. 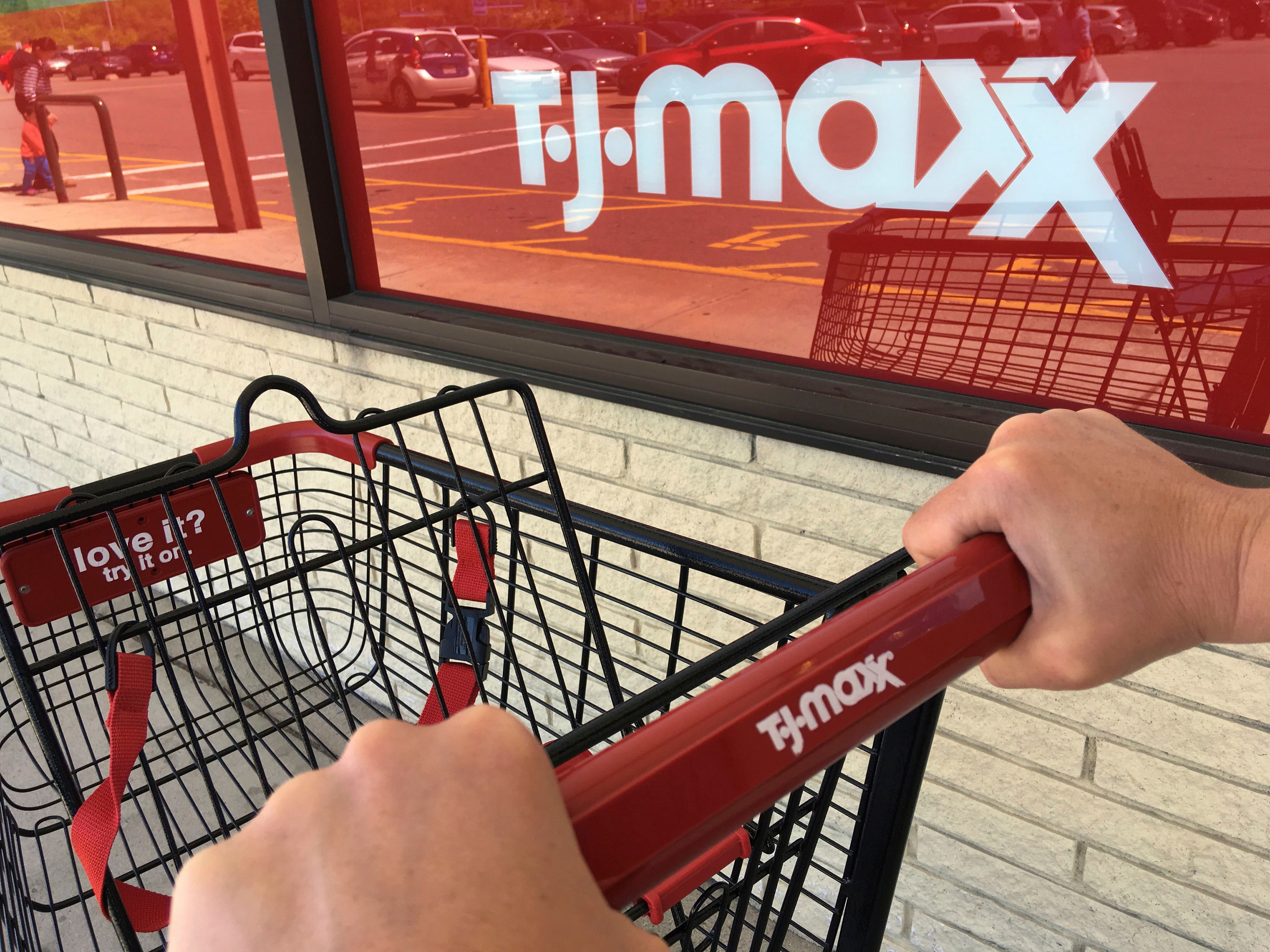 Off-price is still a hit.

That’s evident with the TJX Cos. Inc., which just had another blowout quarter.

“We are extremely pleased with our strong performance in the third quarter as both sales and earnings per share exceeded our expectations,” Herrman said. “We are especially pleased that Marmaxx, HomeGoods and TJX Canada each delivered a sequential increase in their comp store sales growth, and TJX International maintained its strong momentum driven by excellent performance in Europe.

“Looking ahead, the fourth quarter is off to a solid start and we have many initiatives under way to keep driving traffic and sales to our stores and online during the holiday season and beyond,” Herrman continued. “We are convinced our holiday marketing campaigns will position us as a top shopping destination for exciting gifts at amazing prices.”

The ceo credited the company’s impressive growth to increased store traffic. A rarity in the era of e-commerce, as brick-and-mortar stores continue to shutter at an alarming rate and consumers gravitate to the convenience of online shopping. But the TJX Cos. — despite the minimal online presence of T.J. Maxx and Marshalls — have been able to buck the trend.

That’s because shoppers still enjoy the treasure hunt vibe that comes with entering an off-price retailer — something that is difficult to replicate online. Same-store sales at Marmaxx, for example, the company’s largest division, grew 4 percent in the most recent quarter. Comps at TJX International, meanwhile, rose 6 percent during the three-month period.

“TJX managed to prove yet again that the off-price sector remains incredibly healthy and their model continues to thrive and take share, in spite of being the market-share leader,” Ike Boruchow, an analyst at Wells Fargo, wrote in a note. “They are one of the best positioned models in our space today.”

“We expect that this reflects the strong availability of product in the marketplace, as well as optimism ahead of the holiday,” Kate Fitzsimons, an analyst at RBC Capital Markets, wrote in a note.

Shares of TJX are up roughly 30 percent year-over-year. 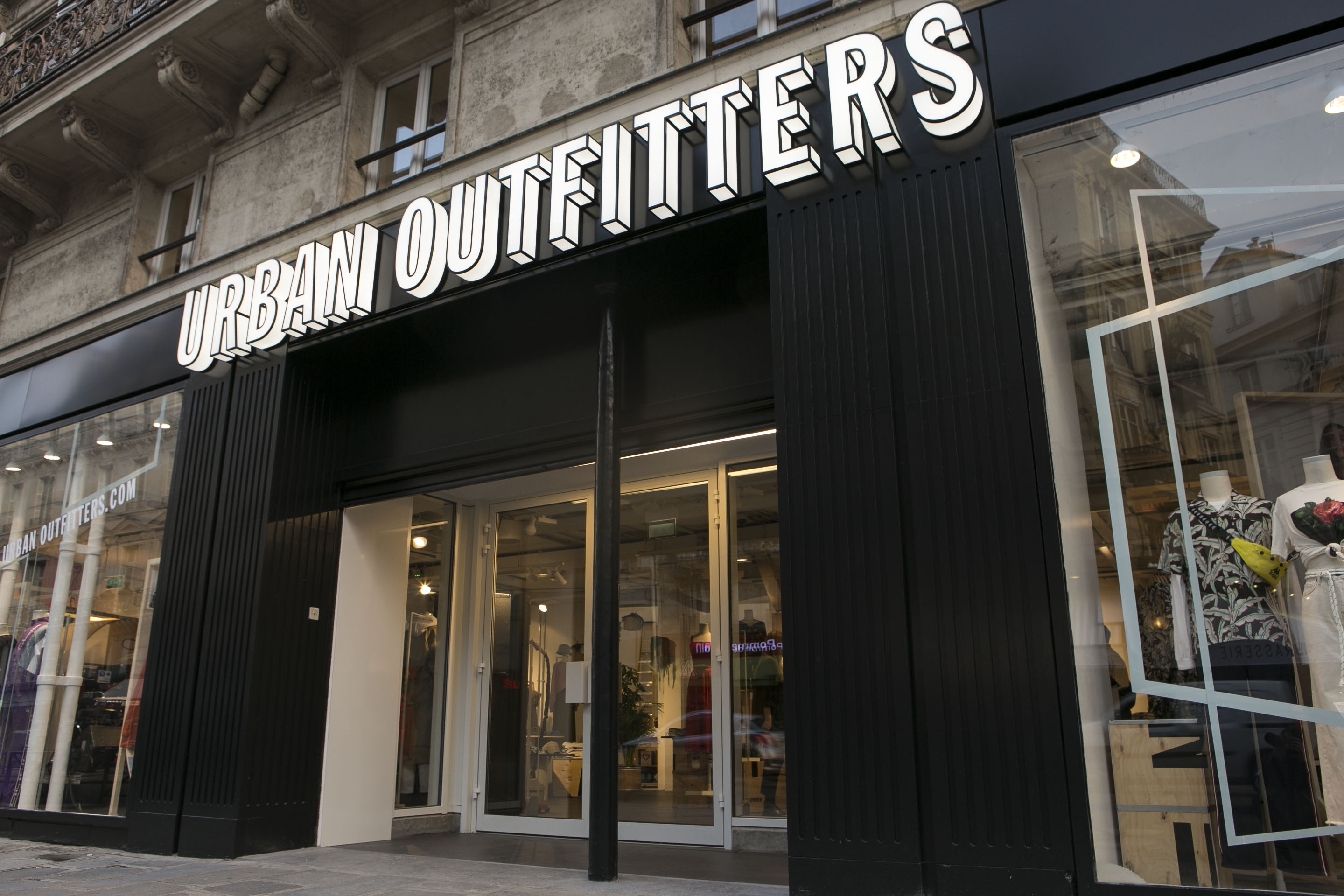 Shares of Urban Outfitters fell sharply Tuesday after the company saw a steep drop in profits in the third quarter even as sales rose.

The teen retailer, parent company to the Anthropologie Group; Free People, a food-and-beverage business; as well as its namesake brand, increased top-line sales for the three-month period ending Oct. 31, but fell short on profits. The company’s shares, which are already down roughly 20 percent year-over-year, fell more than 15 percent during after-hours trading Tuesday as a result.

“I’m pleased to report record third-quarter sales, driven by better reaction to our apparel assortments and strength in the digital channel,” Richard A. Hayne, chief executive officer of the company, said in his prepared remarks. “Looking ahead to Q4, we’re encouraged by positive sales-to-date, but realize our highest volume days have yet to be written.”

Total company revenues for the period were $987 million, compared with $973 million the same time last year. The increase was in part thanks to the company’s newest brand, Nuuly, the rental subscription service which launched last summer in an attempt to tap into the lucrative rental and resale apparel market. But net income fell to $55.6 million, down from $77.5 million during 2019’s third quarter.

Upon closer inspection, the issue seems to be concentrated in Urban Outfitters, where sales fell to $374 million, down from $379 million last year. Last quarter, executives said the problem was fashion misses in women’s apparel at Urban and pledged to update the assortment.

He added that sales at Urban were especially troubling in metro areas like New York.

The entire company’s wholesale business also suffered during the quarter.

“Fourth-quarter sales to department stores may be softer this year than last,” Hayne said on the call. “However, third-quarter results do not reflect the segment’s potential and we believe it can return to growth next year.”

Despite the disappointing results, there were a few bright spots in the company. These included the Urban Outfitters accessory business, which had its ninth consecutive quarter of positive comps. Meanwhile, total sales at Anthropologie and Free People were up. Anthropologie’s A+, the plus-size women’s apparel collection that debuted earlier this year, outperformed, while Free People continued to “crush it,” Hayne said.

In addition, Nuuly had total sales of more than $2 million.

“This is all with Nuuly still flying largely under the radar, with data suggesting that full marketing support is yet to come,” Janine Stichter, an equity analyst at Jefferies, wrote in a note. “Nuuly is still in test-and-learn mode, as management is smartly being very careful to make sure the customer experience is perfected before aggressively looking to acquire new customers.”

Hayne added that the North American retail environment in general is healthy, heading into the holidays.

“She is willing to spend when offered compelling products and the price is right,” he said. “We expect her to spend more this year than in years past.”