Maison Margiela sales were up 20 percent in 2020 and online revenues helped contain the impact of the pandemic last year, as the group's CEO said news about a Jil Sander acquisition could come "very soon."

MILAN — A jump in its online revenues and 20 percent growth at Maison Margiela were the bright spots reported in 2020 by OTB, despite the effects of the COVID-19 pandemic.

Although the impact of the health emergency dented the Italian group’s bottom line and sales, chief executive officer Ubaldo Minelli touted OTB’s long-term strategic vision, the “important structural adjustments” that strengthened its stability and fundamentals, and in particular the investments in an omnichannel platform called Moon.

In 2020, group earnings before interest, taxes, depreciation and amortization amounted to 176 million euro, down 7.3 percent compared with 190 million euros in 2019.

Minelli said after the first lockdown last year, the company immediately set up “a war room,” or a task force that continues to work on managing the impact of the pandemic. “The actions set in motion then had a limited positive impact on the 2020 figures, but they will strongly influence 2021 and the years to come,” Minelli said in an interview Wednesday. Some of these projects were accelerated by the pandemic but they have long been in the works, he added.

The most important, according to Minelli, is OTB’s digital transformation, which “requires a change in the mindset” of its organization and employees. Moon was initiated in 2018, but it was implemented last year, first at Diesel. Over the next few months, it will be operative at Marni and Maison Margiela, said Minelli.

In fact, Minelli said the group “upholds its planned organic growth targets and will be able to expand its current scope of operations through new investments on the market.”

OTB confirmed to WWD last month its interest in Jil Sander and it was conducting due diligence.

WWD first reported OTB was eyeing the brand  in December. According to a Milan-based source at the time, Onward Holdings Co. Ltd., which owns Jil Sander, had tapped Nomura as adviser and OTB was said to be in exclusive talks with the Japanese group.

At the OTB group level, the online channel last year grew more than 26 percent in its direct channels.

Diesel, thanks to the launch of its Moon omnichannel platform, an in-house designed operating model, which also fosters the customer experience, saw its e-commerce sales increase and represent 13.3 percent of total revenues, compared with 7.9 percent in the previous year. The online channel, considering also indirect sales, represents now more than 24 percent of Diesel’s total business. 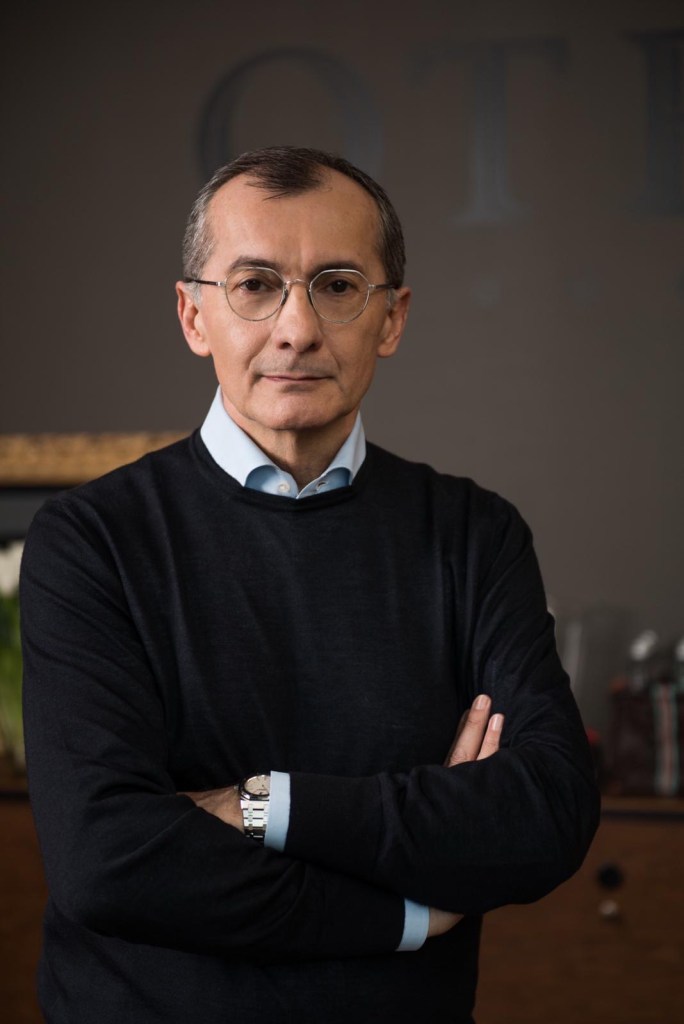 Another pillar of the group’s strategy is the launch of a solid sustainability plan, kicked off in May last year. Accordingly, OTB has named Sara Mariani chief sustainability officer.

Minelli was clearly pleased with Maison Margiela’s 20 percent growth, boosted by gains across all geographies and channels, which drove the brand’s sales to 240 million euros. “This is remarkable in the year of the pandemic, but it’s not unexpected because it is the result of a number of factors — a beautiful product, an extraordinary creative direction, an expansion of its accessories category and its retail network,” explained Minelli.

As reported, the group in fall 2019  renewed John Galliano’s employment pact for Maison Margiela. The designer was appointed creative director of the brand in 2014 and since then, revenues at the Paris-based house have more than doubled.

Diesel, after a reorganization and repositioning of its retail and wholesale channels, continues to be a core business for OTB, accounting for more than 50 percent of sales.

Belgian designer Glenn Martens was named creative director of Diesel in October, as first reported by WWD. Asked when his first designs for Diesel will bow, Minelli said they are expected to be revealed with the spring 2022 season.

The Paris-based Martens, who is behind the Y/Project brand, is known for his reconstructed denim and avant-garde silhouettes and he is tasked with overseeing style, communications and interior design at Diesel. Rosso has had Martens on his radar for several years and tapped him in 2018 as a guest designer of its experimental capsule series Diesel Red Tag, one year after Martens bagged the prestigious ANDAM fashion prize, of which OTB is a historical sponsor and mentor.

Diesel has not had a marquee talent at the helm since Nicola Formichetti exited in December 2017 after a four-year tenure as artistic director.

At a group level, wholesale accounted for more than one-third of sales.

By region, Japan was confirmed as the group’s main market, accounting for 27 percent of total revenues.

Minelli reported “a significant growth” in the Asia Pacific region last year, led by China, whose resilience helped contain the decrease in sales. The APAC area, including Japan, now represents more than 40 percent of total revenues.

Minelli noted that Staff International’s license with Vivienne Westwood ended with the spring 2020 collection, after 30 years. As reported, the production company in 2019 inked a license with Koché, founded by Christelle Kocher in 2014. The first collection bowed for fall 2020.

OTB in February last year extended its C.A.S.H. program to all the producers that work for the group. The program aims to support small and medium-size enterprises and safeguard the Made in Italy product supply chain by facilitating access to credit for the best suppliers. Minelli said new parameters connected to sustainability were added.

The C.A.S.H. program stands for Credito Agevolato [facilitated credit] Suppliers Help and was launched in 2013.

In the past six years, the total value of the operations within the program amounted to 210 million euros. Through the extension, OTB expected to offer an additional 70 million euros in credit.

The line of credit is made available to companies all along the supply chain, from those that provide raw materials and fabrics to those producing for the company and offering special processes, such as dyeing and washing.