The Copenhagen-based jewelry firm sees continued growth across all regions. 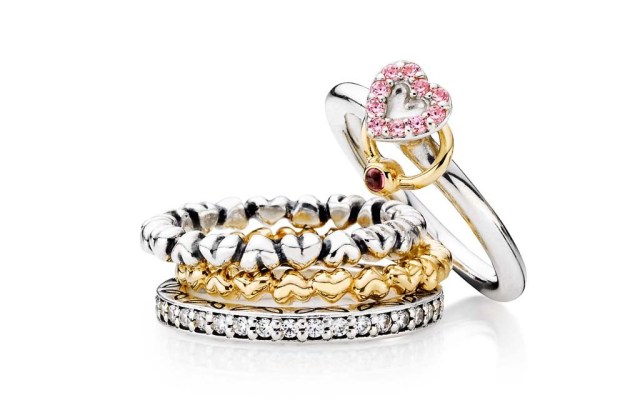 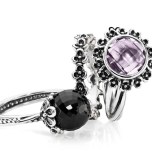 Buoyed by the exceptionally strong performance, the Copenhagen-based jewelry firm said it was accelerating its global expansion plans and upping its product range.

“This is more than a recovery phase,” said Leighton, referring to 2013, which marked a year of transition for the group, preceded by cleaning out inventories and moving toward more affordable products. “We have stabilized our business, the strength of [which] gives us the opportunity to invest back.”

On top of his agenda he quoted “better infrastructure,” including information technology and office locations, which will allow the group to venture deeper into e-commerce.

Pandora currently offers e-boutiques in the U.K., Germany, Austria, France and, most recently, the Netherlands, where it launched in April.

“Eventually we will go [to] all markets, but the timing is flexible,” said Leighton, not giving any specifics.

In brick-and-mortar terms, the jewelry firm revised the number of store openings from an earlier projected 175 to more than 225 new concept stores in 2014. It said the plan was to gradually move toward more branded doors, which currently make up 20 percent of the network, but are responsible for roughly 85 percent of the group’s revenue.

Russia and the U.K. will see the most new openings, according to the executive, “then it’s pretty spread,” he said.

Unbranded points of sale, meanwhile, were reduced by 560 stores in the last 12 months.

Separately, the company is working on broadening its product offer, pivoting away “from just charms and bracelets,” as the group’s ceo put it, to rings and other jewelry. “I think our affordability and fashionability is in a new state,” said Leighton, highlighting the performance of the firm’s new ring offering, which saw revenues surge 86 percent in the first quarter following an increased focus on the category.

The ring business accounted for 8.5 percent of the group’s first-quarter revenues, “a new record,” the company stated.

In the three months ended March 31, Pandora’s net profit climbed 61 percent to 704 million Danish kroner, or $129.3 million, driven by product launches and continued growth across all regions, with the U.K. and other European countries, mainly Italy, France and Russia, up 48 percent, accounting for 41 percent of the group’s total revenue.

“Business is very profitable and generates a lot of cash, but our infrastructure investments have always lagged behind growth. It’s time to catch up, and in some markets propel again, with the U.S. as a good example,” said Leighton, commenting on the relative slowdown in the region.

The group’s first-quarter revenue jumped 30 percent to 2.59 billion Danish kroner, or $475.5 million, including a negative currency impact of 4.5 percentage points.

Dollar figures are converted at average exchange rates for the period to which they refer.

The jewelry firm attributed the better-than-expected results to a good reception of its Valentine’s Day and spring collections on the back of a “very strong” Christmas period.

Around 50 percent of sales in the quarter were generated by products launched within the last 12 months, as the company increased the “drops of new designs” from two to seven a year.

“Our real guidance is don’t expect 30 percent growth for the rest of the year,” cautioned Leighton, citing the absence of additional collections as the year goes on. But he noted that the group still expected double-digit growth “in the tens.”

Pandora jewelry is sold in more than 80 countries through 10,072 points of sale, including 1,137 concept stores.

Shares closed up 8 percent on the Copenhagen Stock Exchange to close at 392.10 kroner, or $72.07 at current exchange.