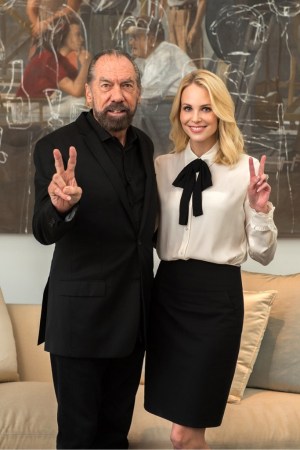 BeautyNow is a mobile app that networks spas and salons on one platform to allow consumers to book appointments from wherever they are.

Founded by chief executive officer Kathleen Jennings, the app unites salons using different forms of scheduling software and connects them with the consumer through a single application. The app is free and includes versions for the iPhone and the Android. Service options available on the app include hair, nails, massage, facials, waxing, body services and med-spa treatments. Others in the space include Glamsquad. Both BeautyNow and Glamsquad use a model similar to the OpenTable app for restaurants.

DeJoria’s investment is the first seed funding for the company, which to date had been bootstrapped by Jennings.

“The thing that excited me the most, knowing a little bit about the salon business, is that a lot of the time the salon is booked and then doesn’t get the business. The [consumer] needs to find somewhere else to go and will make a lot of phone calls to find another place or call up her network of friends for recommendations.…This app lets you know where to go and when to go to get whatever services you want. It adds more business to the salon industry. It also fits the lifestyle of people today. It’s about instant gratification,” DeJoria said about why he decided to invest in BeautyNow.

In addition to DeJoria’s personal investment, he said that his company Paul Mitchell will be making a separate “financial contribution.”

Jennings, who declined to disclose the percentage of partnership DeJoria has through his personal investment in BeautyNow, said the funding will be used to enhance the technology to integrate more than 40,000 new salons to the platform. The existing platform currently has 5,000 firms that use the scheduling system.

Details of the framework for the partnership are still being worked out, Jennings said.

The site began beta testing last May and went live in November.

As a strategic investor, DeJoria said he will use the connections he’s made through the exclusive distribution of Paul Mitchell products in 5,000 salons to get them onto the platform. DeJoria also will take a hands-on advisory role at the company, Jennings said.

Among its national network of spas and salons, the most active bases are Houston, New York, San Francisco and Los Angeles.