P&G Zeros In on Beauty Ritual 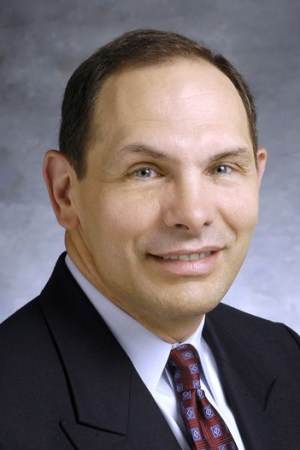 “We need to innovate in everything we do,” Bob McDonald, chairman, president and chief executive officer, told analysts during an earnings call Thursday.

In some cases, he said, that means introducing new product categories, in others it means expanding categories by changing consumers’ habits. For instance, McDonald said, “In China, it’s getting consumers to wash their hair more than once a week.”

He also cited the marketing message of Head & Shoulders as an example. “Head & Shoulders works better to prevent dandruff and take care of your scalp the more frequently you use it,” said McDonald. “As we advertise Head & Shoulders, the number-one selling shampoo around the world, we obviously work to get people to wash their hair more frequently because they get a better end result….We do work in existing categories to expand them.”

That strategy is helping, slowly but surely, to boost beauty sales.

Beauty sales for the quarter ticked up 1 percent to $5.29 billion on volume growth of 5 percent, driven by double-digit growth in developing regions. Organic sales gained 3 percent.

In the beauty business during the quarter, volume increases in the firm’s retail hair care business were in the high-single digits, with Asia leading the growth. Both Pantene and Head & Shoulders shipments rose more than 25 percent in China, the Philippines and India. In Brazil, shampoo value share increased more than 1.5 points with the launch of Pantene and Head & Shoulders shipments increasing more than 50 percent, said P&G.

Female skin care grew at a double-digit pace as Olay continued its global sprawl. For instance, Olay shipments to Russia increased by roughly 80 percent. In the U.S., Olay increased in the high-single digits behind the launches of Regenerist Night Resurfacing Elixir and the Olay Professional Pro-X Advanced Cleansing System device.

Prestige products saw their volume fall in the low-single digits. Skin care, however, rose at a double-digit clip led by growth in China, where the SK-II skin care range gained about 60 percent.

During an investor meeting in December, McDonald emphasized P&G’s aim to grow vertically and horizontally. Following the meeting, Caris & Co. analyst Linda Bolton-Weiser wrote, “He outlined strategies for pursuing ‘white space’ growth opportunities in the next five years that should enable P&G to grow 1 to 2 points faster than global market growth. P&G is also integrating to operate as ‘one company,’ which should help it penetrate new markets in multiple categories more quickly and with higher [return on investment].”

Asked on Thursday if P&G is looking to add brands to the fold, Jon Moeller, chief financial officer, said, “I continue to believe that a large acquisition — while you would never rule it out completely — is not a highly probable event.”

McDonald added, “We should have growth plans to achieve goals and strategies without acquisitions.”