By Faye Brookman and Andrea Nagel on January 5, 2007
View Slideshow 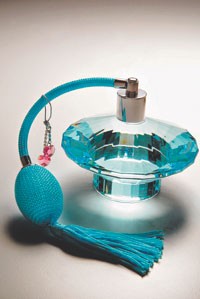 While department, specialty and TV retailers rejoiced over the brisk consumer traffic seen during the post-Christmas sales period, mass merchants could only look for ideas to buy differently next year.

Upmarket merchants were abuzz with consumers looking for bargains — many cashing in gift cards received as holiday gifts. At drug, food and mass merchants, gift cards were a hot item this yule, too. However, many of these retailers, especially drug and food stores, made their money on the sale of third-party gift cards — for Barnes & Noble, iTunes and Nordstrom — as opposed to redemptions.

But gift cards were a big draw at retailers who got behind them. CVS had one of the best displays in the industry — a fixture shipped via warehouses with dividers signifying what type of cards were merchandised in the area.

What’s more, mass stores typically serve as a last-minute stop for procrastinators. During the post-Christmas surge, these operators had already experienced their last hoorah. Subsequently, tables filled with holiday markdowns were mostly ignored at drug and discount stores the week after New Year’s Day.

Most retailers expect the season will yield gains of about 4 percent; not disastrous, but certainly not robust. Many of the sales gains were produced by panic price-cutting that could slice into gross margins. Patricia Pao, chief executive officer of New York’s Pao Principle, thinks retailers need to rethink their early discounting.

“U.S. retailers have trained customers to buy on sale. As a result, Christmas shopping has become a waiting game as retailers and customers respectively waited for the other to blink,” she said. “Unfortunately, the retailers were the first to blink, offering even deeper discounts the last weekend of the shopping season. And, customers bought and reaped the benefits of lower-priced merchandise while retailers sadly watched their margins erode.”

Despite a presence of unsold gift sets at mass retailers in the New Jersey area, Markwins International maintains “sell-through percentage was flat to last year. Yet most of our major retail partners bought our programs up, thus putting more retail dollars through the register,” said Shawn Haynes, senior vice president, marketing and global brand development. Sales traffic was later than years past, he noted, so the company saw a greater week-over-week percentage increase as Christmas approached.

Overall, “We had a very strong finish due to the fact that Christmas fell on Monday and shoppers had two full weekend shopping days to make their final gift purchases,” Haynes said. Best sellers included Wet ‘n’ Wild’s $5.99 Holidazzle body shimmer set. In the SoHo brand of cosmetics bags, best sellers were six-piece sets at $19.99 and three-piece sets at $12.99. Haynes said items featured in retailer circulars and door-buster programs continued to drive sales.

Another strong selling category for retailers was trim-a-tree and outdoor seasonal items. Michael Polzin, spokesman for Walgreens, said the warmer-than-usual weather in much of the country spurred sales of outdoor items.

The fact that Americans funneled dollars into electronics wasn’t the only reason for a lackluster beauty season. Mark Griffin, president and ceo of Lewis Drug, pointed out there were not beauty “doorbusters,” especially in fragrances.

Walgreens bucked the trend — somewhat. Polzin said the company’s initiatives in cosmetics “are continuing to pay off.” Walgreens is putting a major emphasis on its exclusive brands, including the color line IsaDora and a collection of European skin care. Wendy Liebmann, president of WSL Strategic Retail, believes the success of chains such as Walgreens with proprietary beauty lines will be key to future sales growth at drugstores.

Exclusives don’t have a mass market connotation with some shoppers bearing mixed emotions about buying a gift at a mass market store. One drugstore that doesn’t have an image problem is the posh Town and Country Apothecary in Ridgewood, N.J. Through the perseverance of Diana Dolling Ross, the store carries lines rivaling any mall. According to Ross, the season was very strong, with fragrances dominating the last few weeks. The top sellers for men included Ralph Lauren’s Polo Double Black, Valentino and Prada. In women’s, the best movers included Vera Wang Princess, Hanae Mori, Chanel No.5, Prada and Bond fragrances. She added that Ahava’s new spa line was tremendous, as was Seda France Candle’s and Crabtree & Evelyn. In cosmetics, she saw great pickup of Stila and Estée Lauder sets.

Another retailer celebrating a good season is Perfumania.

“Overall, we are happy with sales. Christmas came late, as usual, but the last three days before Christmas were very strong for us. That has been the trend,” said Ray Piergiorgi, vice president of marketing and merchandising for Perfumania, a wholly owned subsidiary of Sunrise, Fla.-based E Com Ventures Inc., which also owns perfumania.com. Best sellers for Perfumania this season included Giorgio Armani’s Acqua di Giò for Men, Kenneth Cole and Armani Code on the men’s side, and Elizabeth Taylor’s White Diamonds, JLo scents and Britney Spears Curious. In addition to offering some of the hottest brands, Perfumania is able to separate itself from mass retailers by customizing gift baskets, filled with fragrance, candles and its private label skin and bath line.

Without the cachet of those big names, other drugstores relied on mass market leaders such as Revlon, L’Oréal and Markwins’ kits. Store checks revealed there was a great deal of holiday items left over. Retailers had noticed gift sets slowing over the last year and some even abandoned them for 2006. Wegmans, for example, focused on basic color stories rather than gift sets.

After this sluggish yule, several buyers said they are going to rethink how they approach Christmas in 2007. Many are looking at manufacturers to dream up something unique. Lisa Yarnell, president of Jane & Co., said her company came up with some clever beauty items that helped push sales up 40 percent for Jane. Among them, a Liquid Lip in a boxed set of four items along with a pocket mirror.

Unlike many brick-and-mortar operations, TV retailers enjoyed a bountiful Christmas season, one that started off strong, faded, and then rebounded post-holiday. Allen Burke, QVC’s director of beauty merchandising, said, “Santa came a little late but he came and he was very generous. We had a very strong November, [sales] in early December were not what we hoped for, but, in the end, it was phenomenal. The post-Christmas period pulled [us] out.”

Driving sales after the holiday was, surprisingly, hair care. “It’s not the category you normally depend on for Christmas but [sales of Ojon hair care] were very strong. Philosophy was also unbelievable. That brand is just astounding.”

Sales were not influenced by price either, said Burke. “Customers gravitated, if anything, toward higher price points and bigger sizes. There was a little buying for themselves after Christmas, too.”

The Home Shopping Network also reaped a fruitful holiday season, topped off by its first-time partnership with Sephora, which “far exceeded all of our expectations,” said Michael Henry, HSN’s senior vice president of beauty merchandising. The success of the brick-and-mortar/TV retailer partnership may change the future of the beauty selling landscape. “We did a live remote from the Fifth Avenue store [in Manhattan], starting with an hour-long show at 1 a.m. on Dec. 13 featuring Sephora’s holiday beauty picks,” Henry said. Another hour-long beauty blast aired at 9 a.m. Results from the two shows were so successful HSN had to cancel its planned 4 p.m. and 9 p.m. shows “because we were all sold out,” Henry said.

Betsy Olum, senior vice president of retail marketing for Sephora said that given the success of its initial HSN appearance, Sephora will be implementing a number of changes including increasing inventory levels, having a contingency plan on each item and additional up-sell items to sell on air if a featured product sells through. Hot items included T-3 hair dryers, priced at $130, which sold out of 500 units in four minutes. LipFusion items sold out in five minutes, as did Dior mascara. Hair care items by Oscar Blandi at the 9 a.m. show sold out, too. Other hot brands included Cargo, Makeup Forever, The Balm, Urban Decay and Sephora private label items.

HSN also increased bath, body and fragrance sales by 19 percent this season by having their leading brands, Perlier and Ilaria, distribute scented strips and samples of their items pre-holiday.