Potential Buyers Lining Up to Bid on Blass

Cash-strapped NexCen Brands Inc. is exiting its consumer brands and licensing business and selling design-house Bill Blass and home line Waverly. And there... 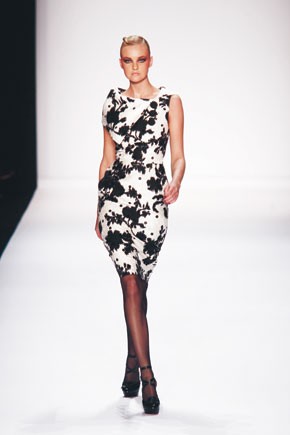 NEW YORK — Cash-strapped NexCen Brands Inc. is exiting its consumer brands and licensing business and selling design-house Bill Blass and home line Waverly. And there is no shortage of financial suitors.

Sources said NexCen last week cleaned house, letting go employees from multiple departments that were deemed non-essential. In addition to support staff, hard hit were the investor relations and marketing departments. NexCen last week hired Financial Dynamics to handle its investor relations work. The firm on Friday said NexCen had received a notice of delisting from the Nasdaq. It was expected by NexCen, which last week said it would file an appeal. Pending a decision, the company’s stock will remain listed on Nasdaq.

NexCen’s Charles Zona, an executive vice president who oversaw the company’s licensing operations, is said to have left the company. One source said that now that NexCen is staying within just the franchising zone, Zona’s services were no longer required. Zona could not be reached for comment.

Pressured by a near-term operating cash shortfall, president and chief executive officer Robert D’Loren said last Monday in a conference call to Wall Street that NexCen will be focusing on reducing expenses. NexCen’s ceo in the past week is believed to have had exploratory conversations with potential buyers of its Blass and Waverly assets. The firm needs to shed those assets first and use the funds to pay down the debt. Such a move, if done quickly enough, would give the company a fighting chance in avoiding a bankruptcy. D’Loren could not be reached for comment.

Arnold Simon, president and chief executive officer of Designer Licensing Holdings, which has the license for Bill Blass jeanswear and owns 10 percent of the Blass trademark, said Friday that he was assembling a group of investors to make a bid on the Blass business, and sources said Tharanco Group, headed by Haresh Tharani, and Iconix Brand Group Inc. also have expressed interest.

Windsong Brands, which led an investment group to acquire Ellen Tracy earlier this year, is said to be interested in both Waverly, the home furnishings business, and Blass. William Sweedler, chairman and ceo of Windsong, declined comment.

Richard Baker, ceo of NRDC Equity Partners, isn’t interested in buying the Blass business, said a spokeswoman for Baker. NRDC owns Lord & Taylor and Creative Design Studio, and also has invested in numerous designers, including Peter Som, who designs Blass’ women’s line as well as his own.

D’Loren was said to have been in contact with the investment arm of Hilco and Schottenstein about a sale of certain assets, although it couldn’t be determined which ones at press time. An industry source said Hilco, co-owner of Halston, wasn’t looking to buy the Blass business.

Other bidders that may resurface are Phillips-Van Heusen Corp. and Li & Fung, both of which were pitched the Blass brand before it was acquired by NexCen, investment bankers said.

Sources said Rothschild has been hired as NexCen’s investment adviser.

NexCen purchased the Blass business from Tharani and Michael Groveman for $54.6 million in a cash-and-stock deal in February 2007. Groveman held onto the designer ready-to-wear portion of the business, which does about $20 million at retail.

Sources believe the Blass business is likely to be sold at a substantial discount — perhaps for as little as $15 million to $18 million. Although several new licenses have been signed since NexCen bought the company, such as those for handbags and men’s clothing, those businesses are still in their infancy.

If the company is sold in the $10 million to $15 million range, it’s “an incredible bargain,” said Bud Konheim, president and ceo of Nicole Miller. Assuming the Blass licenses generate $300 million annually, the new owner’s first-year royalties would match the asking price. “You would be paid back in the first year. We’re actually tempted because it sounds so good,” said Konheim.

“You have to think about it seriously. First of all, Peter Som is a very good designer. The company has a big name. It’s a tired name, but it’s not obsolete. It has terrific credibility from the top to the bottom,” said Konheim.

As reported last week, NexCen failed to disclose that $30 million of the $70 million borrowed to acquire the Great American Cookie company in January for $89 million must be paid down by Oct. 17. Consequently, the firm will delay filing its first-quarter results for the period ended March 31, and may need to restate its annual report for 2007.

— With contributions from Rosemary Feitelberg