This fall is shaping up to be a busy one at the courthouse for the Italian fashion industry and ongoing tax investigations. 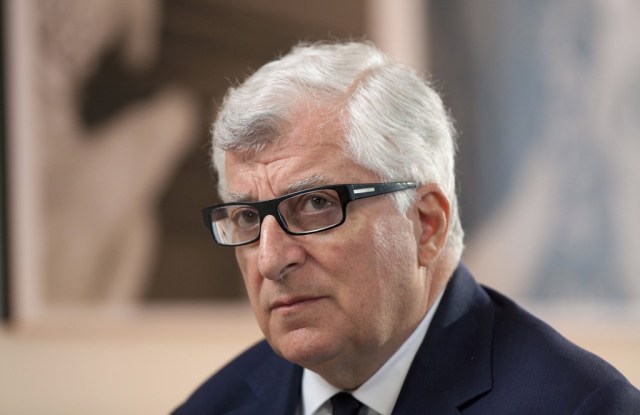 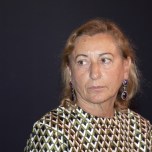 MILAN — This fall is shaping up to be a busy one at the courthouse for the Italian fashion industry and ongoing tax investigations.

This story first appeared in the September 30, 2014 issue of WWD. Subscribe Today.

On Monday, Prada SpA chairman Carlo Mazzi revealed the Italian tax authorities are investigating Miuccia Prada and her husband Patrizio Bertelli regarding “the accuracy of certain past tax filings” by the designer and her husband “as individuals in respect of foreign-owned companies.”

Meanwhile, Italy’s equivalent of the Supreme Court, the Corte di Cassazione, will rule on Domenico Dolce and Stefano Gabbana’s alleged tax evasion on Oct. 21 in Rome, and, after two delays, the first hearing of Matteo Marzotto’s tax trial is to take place in Milan on Nov. 28.

In the case of Prada and Bertelli, a well-placed legal source told WWD that the investigation is “a standard procedure” in light of the large sum involved — which was more than $600 million. Any transaction with Italy’s Agenzia delle Entrate, the country’s revenue service, starting from a sum as low as 100,000 euros, or $137,000, is automatically sent to the public prosecutor’s office.

“The prosecutors have no desire to create any unnecessary alarm. [Prada and Bertelli] have extinguished their fiscal debt but this does not waive the crime. A trial is not to be ruled out but the prosecutors are still in a phase of preliminary investigations,” explained the source, adding that prosecutors “hope to close the investigation by the end of the year.”

Prada and Bertelli made a “voluntary disclosure” to tax authorities in December 2013, which resulted in an agreement between them and the Italian Tax Authority. “This agreement completely satisfied the claims of the Italian Tax Authority, as declared and confirmed by the authority itself,” said the company on Monday. It added that neither the firm nor any of its subsidiaries was or is involved in this matter.

“[Prada and Bertelli] had companies based abroad and they themselves had personal financial resources outside of Italy. Automatically, this [is cause for] an offense,” said the source. The source added that the Prada company, which is listed on the Hong Kong Stock Exchange, on Monday reported the procedure by the Italian Tax Authority because it must have received a notice that the investigations were being extended.

The news sent Prada’s shares down 0.83 percent on the Hong Kong Stock Exchange to 47.90 Hong Kong dollars, or $6.17 at current exchange.

The investigations related to Prada are complicated by the fact that Italy’s Parliament is still working on new legislation on voluntary disclosures, which was originally set to be completed by September 2015, and that would allow a de-penalization of the case. “The first version was very complicated, so it’s still pending,” said a fiscal source, noting that “the initial enthusiasm is slowly petering out and the government seems to have more pressing issues at stake.”

In January, lawyers for Prada and Bertelli refuted that Italian tax authorities were investigating the pair for unfaithful earnings declarations. A well-placed legal source told WWD at the time that Bertelli and Prada last year paid 470 million euros, or $643.9 million at current exchange, to the tax office. “It’s an enormous sum, Prada and Bertelli themselves advised on the existing tax anomalies, brought back the [legal headquarters of the] company to Italy and paid the backed-up taxes,” said the source.

According to another source, the Agenzia delle Entrate had claimed that Prada Holding BV had set up subsidiaries in the Netherlands and Luxembourg to allegedly benefit from a more-favorable tax rate, but that they were not really operative out of that country. In December, Prada revealed “the completion of a voluntary disclosure procedure, which follows the company’s strategic decision to choose Italy as its business hub.”

This, said the company at the time, followed “a collaboration program with the Italian tax authorities that started back in 2008, whereby the group’s Italian subsidiary, which is not involved in the procedure, applied for several international rulings.”

Collaborating with the Italian tax authorities allowed for the group to determine all tax obligations following the repatriation of non-Italian companies, based on the last 10 years.

Prada and Bertelli’s lawyer, Stefano Simontacchi, said: “In relation to the procedure of voluntary disclosure finalized with the Agenzia delle Entrate in the month of December 2013, since [the sum passed ] the threshold of penal relevance, the acts of accession were automatically transmitted, as required by law, to the Republic’s prosecutor’s office that initiated the investigation, whose extension of terms was simply asked. The investigation constitutes the natural prosecution of the voluntary disclosure procedure already concluded with the Agenzia delle Entrate.

In any case, the new norms which we are waiting [to pass and ] become law in a matter of voluntary disclosure should be applicable to this case, with a consequent depenalization.”

Incidentally, one of two prosecutors involved in looking at the Prada paperwork is Gaetano Ruta, who has also been working on the Dolce and Gabbana and Matteo Marzotto tax cases. Ruta is working with prosecutor Adriano Scudieri on the Prada investigations.

While claiming to be in the right, several fashion companies have recently agreed to settle with Italy’s revenue service in order to avoid lengthy and costly litigation and defense proceedings over the interpretation of the law or to avoid going to trial. Often the tax evasion allegations hinge on the establishment of companies outside Italy, generally considered fictitious by the tax authorities and set up to avoid paying a higher tax rate in Italy.

In February, Bulgari Group agreed to pay a total of 43 million euros, or $57.2 million. The Rome-based jeweler said that thanks to “substantial documentation” the revenue office “has recognized the actual existence and real operations of the companies outside Italy and has declared three of the four notifications that followed the fiscal enquiry entirely unfounded.”

The tax authority’s investigations were focused on alleged fraudulent earnings declarations and evasion of tax payments of around 3 billion euros, or $4.08 billion, starting from 2006, through a system of allegedly fictitious companies in the Netherlands and Ireland, set up in order to avoid paying taxes in Italy.

While Matteo Marzotto has in the past declared that he had “always operated in the full respect of the law,” the allegations in his tax trial involve the Marzotto family’s association with the sale of Valentino Fashion Group to private equity fund Permira in May 2007 for more than 782 million euros, or $1 billion. According to the indictment, taxes on the profit derived from the transaction were never paid in Italy. Last year, several members of the Marzotto family opted for plea bargains for a total amount of 164,000 euros, or $221,316, and International Capital Growth, allegedly created for the purpose of selling 29.9 percent of the Valentino Group to Permira and allegedly a fictitious entity based in Luxembourg but managed in Milan, paid 57 million euros, or $75 million, to the Agenzia delle Entrate.

In December 2013, following the tax audit started that January and concerning the year 2007, Luxottica Group said it was paying 33 million euros, or $45 million, to Italy’s revenue agency. The audit concerned alleged irregularities in the use of a practice called transfer pricing, the methods whereby intra-group prices are determined.

Last year, the Giorgio Armani Group paid 270.9 million euros, or $357.6 million, to the Agenzia delle Entrate following investigations initiated in 2013 and concerning a number of companies controlled by the Armani group in the 2002-to-2009 period. Although the group brought back the tax residency of these companies to Italy in 2009, the revenue office claimed that the fashion company should have paid the income taxes in Italy, believing they should have been considered as fiscally resident in the country.

Dolce and Gabbana are appealing a guilty verdict in an appeals court in Milan in April, after a tax trial that at the first court level began in December 2012 and wrapped up at the end of June last year. Following investigations that started in 2008, initiated by the Guardia di Finanza, an Italian police force under the authority of the national minister of economy and finance, Dolce and Gabbana were charged with alleged tax evasion related to the 2004 sale of the Dolce & Gabbana and D&G brands to the designers’ Luxembourg-based holding company, Gado Srl. The Italian tax police reportedly consider Gado essentially a legal entity used to avoid higher corporate taxes in Italy.

The defendants, who have always denied all charges, were acquitted last June on the second count with which they were originally charged, regarding the valuation of the company and the tax rate paid.