The retailer's stock rose Monday as more forces began to push for a possible sale of the company. 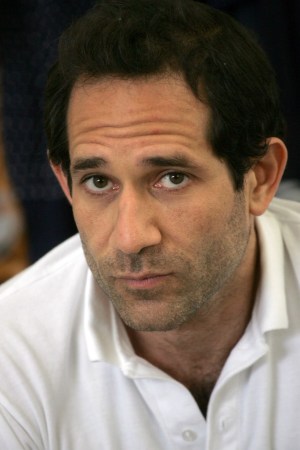 Investors are waiting to see where the chips fall on American Apparel Inc.

This story first appeared in the December 30, 2014 issue of WWD. Subscribe Today.

The stock rose 2 cents to $1.08 on Monday as more forces began to push for a possible sale of the company. Lyndon Lea, founding partner of Lion Capital, late on Sunday sent a letter to the firm indicating his intention to join the board, according to sources.

That adds more fuel to the fire at the ailing retailer and apparel producer, which is in the midst of a turnaround under new management and being courted by private-equity firm Irving Place Capital.

American Apparel recently hired Moelis & Co. to explore its strategic options, including an outright sale and changes to the capital structure.

Lion, which in the past has teamed with ousted founder Dov Charney, has the right to a seat on the company’s board by virtue of warrants that entitle it to 24.5 million shares in the company, giving it a 12.3 percent stake.

Irving Place, which is led by chief executive officer John Howard, said it could value the company at as much as $1.40 a share, or $245 million, depending on due diligence. That deeper look into the company’s operations, which would establish a value, has not happened and is not currently scheduled, according to a source.

Lea’s arrival on the scene puts a third big-money investor in the mix.

Soo Kim, managing partner at Standard General, is also very influential at American Apparel after he cut a stock deal with Charney to share voting rights for his stake and then extended the company $25 million in financial backing. Standard General had a hand in picking five of the eight people now on the company’s board. (Lucky Brand cofounder Gene Montesano had been made Lion’s designee for the board, although his name was withdrawn in favor of Lea, who will expand the board to nine members when he joins officially.)

For now, the brand is plugging along, working on a turnaround.

Paula Schneider is set to take the reins as ceo on Jan. 5, and she’ll have her work cut out for her. The company posted losses of $40.9 million for the first nine months of the year, as sales slipped 2 percent to $455.5 million.

With 245 doors and its own factory in Los Angeles, the company has been losing money for years as it has coped with a series of high-interest loans. With a better capital structure, the hope is that the brand will get ahead of things, open more stores and make the operations at its factory more profitable.

There’s been some progress: Adjusted earnings before interest, taxes, depreciation and amortization have been on the rise, gaining 38 percent in the third quarter to $13.5 million.

But American Apparel also has been spending heavily to fend off Charney, who was voted out as chairman in June and suspended as president and ceo amid allegations of misconduct. The company spent $5.3 million on legal and consulting fees in the third quarter alone.

Should money run short, American Apparel is said to still have funds available from Standard General.

On Monday, the company sought to counter a report that it was cutting back at its L.A. factory to conserve cash.

“American Apparel’s factory is operating in the ordinary course of business,” a spokeswoman said. “Our stores are fully stocked. We’ve had a successful holiday season. Our employees have been working overtime to meet the holiday demand, and now that the holiday season is over, we plan to adjust shift schedules as we do every January.”

The spokeswoman added, “American Apparel remains committed to great fashion while staying true to its core principles of producing clothes made in the USA, sweatshop-free and with fair wages for employees, and that commitment has not changed as the company positions itself for a turnaround.”

Charney was ultimately fired this month but continues to orbit the company. He’s the largest shareholder — with a 43 percent stake, although he shares the voting rights for those shares with Standard General — and has been threatening legal action that could seek damages of more than $100 million.

That means Charney is still a player in what’s become fashion’s own version of “Game of Thrones.” And for those looking to catch up on all the others in the saga, here’s a primer: