Tough times apparently call for drastic measures. Faced with more than a year of disappointing earnings reports, three of the biggest U.S. public apparel conglomerates are redefining the role of the wholesaler. 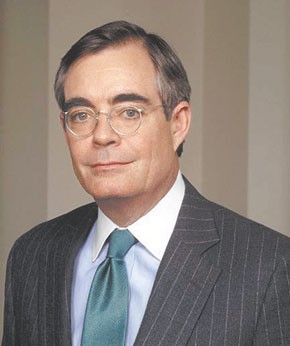 LVMH Sees No Shift Away From Luxury Goods as Markets Reopen

Tough times apparently call for drastic measures. Faced with more than a year of disappointing earnings reports, three of the biggest U.S. public apparel conglomerates — Liz Claiborne Inc., Jones Apparel Group and Kellwood Co. — are redefining the role of the wholesaler. This year, all have experienced upheavals in their executive suites and restructurings, including exiting traditional moderate wholesale businesses while acquiring higher-priced brands with their own retail prospects. With each company betting the future on its own plan, eyes are on 2008 to see which one time favors.

View the full coverage of  WWD Year in Fashion 2007 at www.wwd.com/yearfashion07 Kellwood’s Makeover: From Vendor to Brand Manager

With its second-largest shareholder threatening

a hostile takeover, Kellwood Co. aims to recast itself as a brand manager — not a long-troubled moderate vendor.

Following several quarters of declines, this fall Kellwood said it was restructuring its women’s sportswear division. Then, a month later, it presented a plan outlining strategies for the next five years, including selling its dress shirt manufacturing division Smart Shirts.

To stave off shareholder and Wall Street pressure, Robert C. Skinner, chairman, president and chief executive of Kellwood, promised that by 2012 the company will:

• Be equally balanced between its traditional mainstream brands and better- and above-priced labels (from 30 percent today).

• Have owned brands contributing to 70 percent of sales (from half today).

• Drop private brands to only 10 percent of business (from 28 percent).

• Get 15 to 20 percent of revenues from direct-to-consumer retail sales (from 8 percent today).

All this happened as the bid for Kellwood’s ownership turned from friendly to heated. Sun Capital Securities Group LLC twice issued the same $543 million bid to buy the $1.55 billion vendor — and the St. Louis-based Kellwood twice flatly rejected the $21 a share offer. “Kellwood’s earnings guidance is extremely aggressive by any objective measure,” Sun Capital said. “This projected growth significantly exceeds each of the company’s peers and is far greater than anything Kellwood has ever achieved in the past. This disconnect is of great concern given Kellwood’s established track record of performing below expectations….Having endured the worst stock price performance in the peer group over the past five years, shareholders are entitled to tangible evidence that Kellwood’s performance is validating these aggressive projections.”

Kellwood hopes to get huge revenue gains by expanding the four brands it acquired since September 2006 — Hollywould, Vince, Hanna Andersson and Royal Robbins — partially through retail expansion with a few additional Hollywould stores, tester Vince doors and 60 new stores for Hanna Andersson to total 78 stores by 2012. This should help bolster organic sales growth to 4 to 5 percent annually between now and 2012, according to the company. Kellwood also predicts the greater percentage of sales in brands at better or higher prices will generate higher margins, as well as a 30 percent increase in marketing spending. Skinner added he hopes to hold the decline in sales of the legacy brands at $15 million.

Along with growth, the hope is the $225 million restructuring plan will yield cost savings and increase operating margins for existing businesses to 9 percent. Besides implementing corporate and supply chain cost reductions totaling about $90 million by 2012, Kellwood streamlined its women’s sportswear business in September, when it was faced with a $66.3 million second-quarter loss. It went from seven to three sportswear divisions: Lifestyle Alliance for moderate brands, including Sag Harbor, Koret and Briggs New York; Designer Alliance for most of Kellwood’s better-and-above price point brands, including Calvin Klein women’s better sportswear, ck Calvin Klein women’s bridge sportswear, O Oscar, David Meister and Hollywould, and Modern Alliance for junior and contemporary lines, including XOXO, My Michelle and Vince.

Phat Fashions, acquired in 2004, also had its share of changes. Russell Simmons left, and Kimora Lee — who launched the higher-end KLS Collection line — was promoted. Phat Farms men’s division became solely a licensing model, and Phat Fashions will be reported in the company’s women’s sportswear segment.

A New Regime at Liz

It’s been quite a year for Liz Claiborne Inc.

Under William L. McComb, a former group president at Johnson & Johnson who replaced Paul Charron as chief executive officer in November 2006, the $4.99 billion firm split between “partnered” and “direct” brands, put 16 of its brands up for sale and shook up management.

“This is a company that has revolutionized the industry before, and we look forward to doing it again,” McComb said at the conference. “Our growth has slowed and our returns have stalled, indicating we have reached another turning point. We overplayed the acquisition playbook, but it proved a successful strategy that delivered four gems that will lead growth.”

Claiborne broke the selling process into phases and completed “Phase I” in September, when it sealed the fate of its seven moderate brands: selling Emma James, Tapemeasure, JH Collectibles and Intuitions to Li & Fung USA, a subsidiary of Li & Fung Ltd.; folding Stamp 10 and Tint into its Axcess and Liz & Co. lines, and shuttering First Issue. The firm is now in “Phase II” and has formally accepted bids for the remaining nine brands, according to sources. McComb predicts the sales process will be finalized by the end of the first quarter of next year.

One brand the company is sticking with is its flagship Liz Claiborne, despite the troubles the label has faced in the past year. After the group partnered with J.C. Penney on Liz & Co., an exclusive diffusion line, Macy’s dropped Liz Claiborne in many of its doors and shrunk the collection’s real estate in others. Volume for the core brand continues to slide, though exclusive lines such as Liz & Co. are countering some of the losses for the $1.5 billion Liz Claiborne brand family. And, while it’s selling some, it is also buying. In May, Claiborne bought 50 percent of Narciso Rodriguez for $12 million.

McComb is charging new executives with turning the brand around, including Tim Gunn, formerly Parsons The New School for Design’s chair of the department of fashion design, who took over the new post of chief creative officer at the company in March. Gunn, also a “Project Runway” veteran, is working closely with Dave McTague, formerly president of Nike Inc.’s successful Converse Apparel, who became executive vice president of partnered brands in September.

The management roster at the company has gotten a full makeover this year — from group presidents to sourcing executives. Claiborne president Trudy Sullivan, who had been the only internal candidate under consideration for McComb’s job, left in July to become ceo of Talbots Inc. McComb eliminated the group president position, pushing out Claiborne veterans including Karen Murray and Susan Davidson, while promoting Jill Granoff to executive vice president of direct brands and Mark Walsh to president of “portfolio brands,” including the brands under review. Kate Spade’s founders, Kate and Andy Spade, departed, and Deborah Lloyd, Banana Republic’s executive vice president of product design and development, started this fall as co-president and creative director for the brand. A search for Lloyd’s co-president on the business side is still under way.

The changes have left analysts and consultants musing whether McComb’s plan will work. All agree that time — and execution — will tell.

After a tumultuous reign, Peter Boneparth left Jones Apparel Group this summer, as did his legacy, Barneys New York.

Wesley R. Card, a 17-year Jones veteran, took over as chief executive officer in July after Boneparth’s departure. Unlike Boneparth, Card said he has no intention of putting the $4.74 billion vendor up for sale — a move some had speculated could be likely with a financial executive in the ceo slot — and that he still believes in the wholesale model. While Jones is liquidating some of its moderate businesses after being unable to find buyers for the 9 & Co., Norton McNaughton, Rena Rowan, Duckhead and Pappagallo brands, Card said he is dedicated to Nine West, Jones New York and Anne Klein — though, after a short run under Isabel Toledo, Anne Klein’s designer collection is shuttering.

Card, 59, joined Jones in 1990 as chief financial officer and added the chief operating officer title in 2002. He focused entirely on his chief operating officer role starting last year, when Thimio Sotos took over the financial responsibilities. After Sotos resigned in March, Card again wore both hats. John McClain, chief accounting officer of Avis Budget Group (formerly Cendant Corp.), took over for Card as cfo in July when Card moved up to the top job.

After a failed attempt to sell the company in 2006, Boneparth, who had been at the helm since 2002, resigned as president and ceo in July. The timing of Boneparth’s resignation was unexpected, following Boneparth and Jones issuing each other “non-extension notices” in March, saying Boneparth’s contract would not be renewed past its March 31, 2009 end. Sources speculated Boneparth has known since then that he would resign and had spent the last three months negotiating his contract, which was believed to total around $15 million.

The timing was additionally odd considering it came in the middle of the sale of Barneys New York, widely considered the feather in Boneparth’s Jones hat. Amid naysaying, he bought the upscale retailer in 2004 for $397.5 million — and the company sold it three years later for more than twice that.

After a two-month bidding war between Dubai-based investment fund Istithmar and Fast Retailing Co. Ltd. of Japan, in August Istithmar finally won with an all-cash $942.3 million offer, after Fast decided to drop out. The Dubai fund had inked a deal with Jones in June for $825 million, but Fast entered with a $900 million offer — which Istithmar then matched. Fast raised the stakes again with a $950 million cash bid, but stopped there. Jones would have been obligated to pay Istithmar a breakup fee of $34.7 million, so it decided to take the Istithmar deal.