Pressure Mounts on Wal-Mart Board 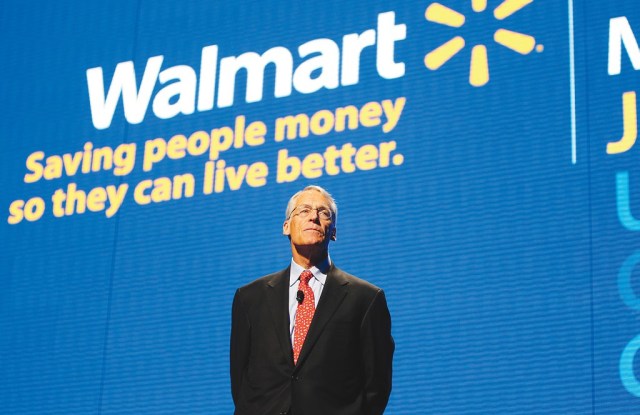 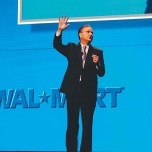 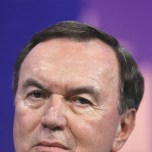 A board seat has turned into the hot seat at Wal-Mart Stores Inc.

Liu oversees the city’s pension fund, which owns 5.6 million shares of Wal-Mart, or far less than 1 percent of the company’s 3.4 billion shares outstanding. He said in a letter to other Wal-Mart shareholders Monday that proxy advisers Glass Lewis & Co. and Institutional Shareholder Services had backed his call to vote against certain directors at the company’s June 1 annual meeting.

In 2005 and 2006, the pension fund and other investors pushed unsuccessfully for the audit committee of Wal-Mart’s board to set up an independent review of the company’s compliance controls. How the retailer dealt with possible breeches of corporate policy during that period was again thrust into the spotlight by the recent allegations that its Mexican expansion was fueled by a series of bribes that were later brushed off by top executives. The bribery investigation could now widen.

“The Wal-Mart board’s failure in 2005 to act on repeated investor concerns about ‘a cavalier attitude toward legal compliance at the highest levels of management’ has exposed long-term shareowners, as well as loyal employees and customers, to even more serious consequences today,” Liu said.

The comptroller has been actively working with other Wal-Mart shareholders on the matter but acknowledged that the directors are likely to be reelected. The Walton family holds 49.8 percent of the company’s stock and, together with insiders, control a majority of the voting power.

The bribery allegations initially hit Wal-Mart’s stock hard, but it has regained the lost ground. The stock closed up 1 percent at $63.04 Monday, the best close in over a year.

Even so, a “no” vote from enough minority shareholders would amount to a serious black eye for the company, which is seeking to rehabilitate its image as it investigates the bribery allegations.

A spokesman for the California State Teachers’ Retirement System, which holds more than 5.3 million Wal-Mart shares, said Monday the fund did not intend to support any of the company’s directors for reelection. CalSTRS, which is the nation’s second-largest pension fund, sued Wal-Mart executives and board members in Delaware Court of Chancery this month, claiming in what’s known as a derivative lawsuit that they have hurt the company.

According to Liu, ISS told shareholders: “There is one man who has had the ability to steer the company on the correct course at every crossroads, at the time of the original investigation and again today — chairman S. Robson Walton.…Walton could have acted in his fellow shareholders’ best interests…but from all outward appearances has failed to do so.”

Glass Lewis advised investors to vote against Duke, Scott, Sorenson and Williams, as well as other members of the board’s 2005 audit committee, including Aida Alvarez, M. Michele Burns and James Cash Jr. The proxy adviser differed from the New York pension fund by supporting the reelection of Walton.

Specifically in the cases of current ceo Duke and former ceo Scott, Glass Lewis said, “These directors, in their current or former positions as executives with direct responsibilities relating to the matters, should have been aware of the credible threat of widespread bribery involving the company’s Mexican subsidiary and acted more proactively to fully investigate and resolve the claims. In regard to Mr. Duke, while we are generally reluctant to recommend voting against current ceo’s, we believe the concerns in this case are material enough to warrant such a vote recommendation.”

A spokesman for Wal-Mart declined to comment beyond the information provided on the board in the company’s proxy. Wal-Mart has a 16-person board made up of directors who serve one-year terms.

Reps. Elijah Cummings (D., Md.) and Henry Waxman (D., Calif.) are leading an investigation into the bribery allegations. Securities and Exchange Commission and Department of Justice investigations are also under way.