Barcelona, home of Art Nouveau architecture and surrealistic art, is also a breeding ground for perfumery. 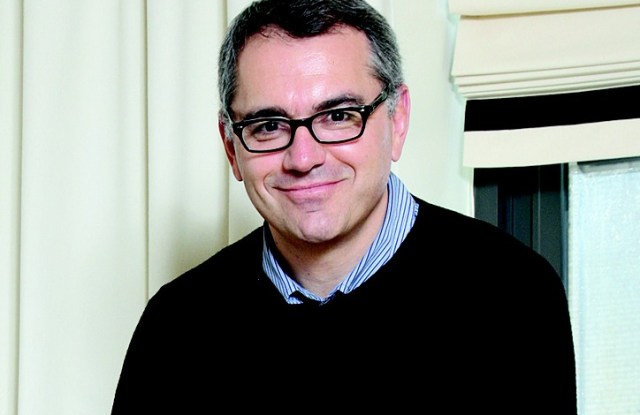 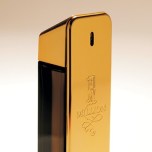 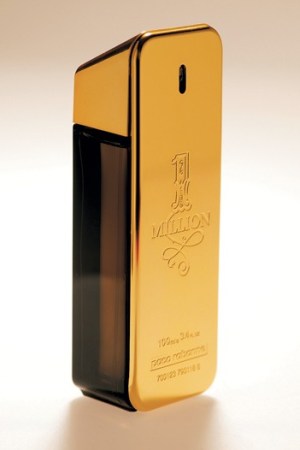 Barcelona, home of Art Nouveau architecture and surrealistic art, is also a breeding ground for perfumery. Puig, the fragrance and fashion firm based in the Spanish coastal city, is determined to keep spinning this DNA into a curve of growth that hopefully will usher the company into the top tier of the global fragrance business.

Led by Marc Puig, chairman and chief executive officer of his family-owned firm, Puig has set its sights on becoming a major player with its stable of designer brands: Carolina Herrera, Prada, Paco Rabanne, Nina Ricci and Valentino, the newest licensing deal disclosed only a week ago.

The company, which cracked the 1 billion euro mark in 2008, has gone from claiming only a 3 percent share in the prestige fragrance category in 2005 to a 5 percent slice in 2008. Now Puig says its goal is to build its share in the select distribution market up to 8 to 10 percent within five years. In terms of competitive position, Puig estimated the company now ranks seventh or eighth in prestige fragrances. If Puig achieves its goal, it could end up in fifth or sixth position.

There is no alternative to growth, Puig said, noting if the company does not aspire to move toward the top five, “we have the risk of falling behind the ranks.”

About 70 percent of Puig’s total business is done in prestige fragrance, with 7 percent generated by fashion, mostly driven by Carolina Herrera. The remainder is in mass market beauty and fragrance. Overall sales peaked at 1.036 billion euros, or $1.52 billion at average exchange, for 2008, up dramatically from the 793 million euros, or $893 million, of 2004. For 2009, which was marked by an evaporation of consumer spending and a destocking by retailers, Puig sustained a modest decline in “the midsingle digits,” according to Puig in a recent interview.

Puig declined further comment on numbers. However, industry analysts speculated for Puig to reach its market share goals, the prestige fragrance portion of its overall business will have to roughly double.

Equally as impressive is how the company plans to achieve that ambition — by restoring the mystique of a very lackluster category that has been totally eclipsed by a generation of sexy gadgets such as iPods and iPhones.

The seeds of the recent growth spurt were planted in 2004, when the company had a mediocre year of flat sales and Puig took over as ceo. It was also the year the new chief had an epiphany when he head a radio ad for an electronics chain.

“There were these two guys, and one says to the other, ‘I hope my aunt doesn’t bring me as a present for Christmas another fragrance this year. I hope she brings me an iPod, a DVD, whatever, a digital camera,’” he recalled. “And I realized that, as an industry, especially as a company, we had lost the capability to bring emotions and dreams to the consumer. And the biggest risk that we could run was to try to keep bringing safe products into the market. And the biggest risk was not taking any risk anymore.”

Puig described the problems of 2004 as corporate indigestion following an acquisition spree, including the purchase of Nina Ricci in 1998 and the two Spanish toiletries brands, Myrurgia in 2000 and Gal in 2001. In order to keep the fires of creativity burning, Puig decided to keep the acquired companies autonomous. Unforeseen pressures such as the deterioration of the dollar exacerbated problems caused by the differences in the individual operations.

“It was very inefficient, and somehow we could not keep up with supporting our brands,” he recalled. “For fear of making failures, we had probably reduced the level of risk in our product development. We were launching too many me-too products or safe, commercial products.”

After hearing the radio commercial and realizing fragrance as a category had lost its consumer appeal, Puig decided things had to change, and he went to work forging a more efficient company. “One of the things we did from that point is really take a hard look at what it was that we were doing well and what we’re not doing well, and start taking some risks in our launches,” he recalled, admitting: “We’ve been too busy with too many things, too many product categories through the different acquisitions, and we wanted to focus on building brands through fashion, translating the [fashion] image of a brand in the fragrance category. We’re good at building brands.”

“The first thing was, ‘What does it mean, taking risks and bringing back dreams, and the emotions on a fragrance product?’ Every time we launch a product, we try to tell a story,” Puig continued. “We make sure that the story is compelling, that there is a reason for that new product to exist. We take risks in terms of the different elements of the proposal, whether it’s a product, the packaging, the [point of sale materials] or the advertising campaign.” He added Puig decided it would rather have a lower percentage of fans “than trying to please everybody.”

Asked for an example of how the company started taking more risks, Puig pointed to the Paco Rabanne franchise. “At some point a few years ago, after we launched Paco Rabanne Pour Elle — which was not a success — we had two choices,” he said. One option was to position Rabanne as “a brand that appeals to the middle-aged man, because they still remember Paco Rabanne Pour Homme when it was launched. What we have to do is follow the age of our consumer and try to bring new propositions that feed that type of consumer. “Clearly, we said no,” Puig continued. “Paco Rabanne has always been someone who has dared to be different. What we have to do is be loyal to what this brand has always represented. That’s what we did with Black XS, trying to reach the younger consumer with music, etc., and most clearly with 1 Million.”

Paco Rabanne’s 1 Million men’s fragrance has generated 200 million euros, or $281.6 million at current exchange, in retail, according to estimates by industry sources. It has hit number-one rankings in Spain, France and the U.K. A U.S. launch is being considered for this year, according to the company.

As for Rabanne’s Black XS masterbrand of men’s and women’s fragrances, rankings in the top 15 have been achieved in France, Spain and Russia. According to the company, the brand is still growing in Latin America, and men’s versions remain steady after five years.

For this year, Rabanne is expected to launch a women’s version of 1 Million; Carolina Herrera will extend its 212 franchise, and Prada will introduce a new version of Infusion. Puig also will drive more deeply into the celebrity world with the first fragrance from its license with Shakira. The South American singer will add a strong complement to Puig’s decade-old Antonio Banderas franchise, which scored a top 10 ranking in South America with its Black Seduction fragrance. There also will be activity from Zara, and Adolfo Dominguez will be launched in Latin America.

Although the new license with Valentino will not take effect for a year, in February 2011, Puig already sees the acquisition’s significance to the company. “Puig and the industry face the challenge of having to build critical mass in market share to be a player,” he said. “Consumers view the Valentino brand as one of the top fashion names worldwide.”

Puig added although the Rome-based luxury goods fashion house may be European in origin, the image has “a global perception,” and noted: “It is the global appeal that this name has that appeals to us.”

The first Valentino fragrance, “most likely” a women’s, will not be launched for at least a year.

The company also has other pillars strength in prestige business, namely Herrera and Nina Ricci.

Ricci has three fragrances in the top 20 of the French and other Francophone markets with the recently launched Ricci Ricci, Nina and the venerable L’Air du Temps. The fragrances also do well in Belgium, Switzerland and Canada.

Ricci Ricci was launched in September and has placed in the top 10 in France every week since, according to the company. It also has ranked well in Spain, the U.K., the Middle East and Russia. The top-selling women’s fragrance within the franchise is Nina, and the company is contemplating an addition to the iconic L’Air du Temps brand.

The Herrera brand is seen within the company as having a good deal of potential, particularly considering the synergy between fashion and fragrance. The latter franchise ranks in the top five in Spain. Puig executives see opportunities for Herrera in the Middle East and Russia, where it ranks in the top 10. The company has its sights set on the U.K. for Herrera, since the 212 fragrance masterbrand sells well and the U.S. also is a development target for the brand. In addition, 212 ranks in the top five in Latin America and in the top 10 in Russia and the Middle East.

In recent years, the company has adopted a strategy of focusing resources on fewer but stronger brands. Another key franchise, which Puig refers to as “one of our growth pillars,” is Prada.

Much of Puig’s strength is in Western Europe, with emerging markets second. In the U.S., the company uses Coty Inc. as a distributor to go to market with a selection of brands that have local appeal. While the fragrance category is suffering contractions around the world, the pain is acute in America. “The U.S. has been a challenging market for the fragrance category the last few years — a very challenging market from the point of view of profitability. We have selected the brands to be proactive about and those are the brands we will support.”

Puig maintains “an encapsulated team that decides what products to launch, what [advertising and promotion] to spend, what is the distribution strategy. What Coty does is the go-to market, the distribution and sales.”

Puig added that, in some markets where his company is strong, like Latin America, the roles can be reversed where competitors use Puig as the go-to-market agent.

He clarified, “We don’t launch a product in a market unless we have the ability to invest above what we call the threshold visibility. So if we don’t have sufficient means behind a brand or a product line, we don’t go to a market. So there’s a certain vigorous discipline about what brands and what markets to launch.”

Puig views the development of the company as an arc that began five years ago with his drive to harness a collection of brands and companies into an efficient whole. “As you get larger and obsessed in terms of improving efficiency,” he said, “then part of the efficiency and part of the savings we reallocate into supporting our brands, which brings growth and helps us get to critical mass. So hopefully we can continue this virtuous circle that has helped us grow in the last years…with 2009 maybe just an exception. Although we are going to most likely have a slight reduction in sales [for 2009], we still think that in our country we’ll gain market share. As the market starts growing again, that should bring us growth.”