Putting on the Brakes: Kohl’s Latest Retailer To Cut Back Expansion

Kohl's is the latest to feel recession's pinch.

By Doris Hajewski and Holly Haber on May 1, 2008
View Slideshow 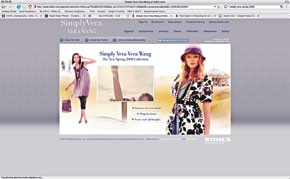 MILWAUKEE — Kohl’s is the latest to feel recession’s pinch.

The retailer plans to slow its store expansion plans and won’t reach its previously announced goal of 1,400 stores by 2012, chairman and chief executive officer Larry Montgomery said. “We’re probably going to take a couple of years longer than we originally planned to get to that,” Montgomery said following the company’s annual meeting at the Milwaukee Theater here. The 957-unit retailer will take the pulse of the economy each year and adjust its store opening plans accordingly, he said.

The $16.5 billion Kohl’s has been adding 95 to 100 stores annually in recent years, but will open only about 75 stores this year because of the economic climate. By the end of the year, the company will reach 1,000 stores, including an entry into the Miami-Fort Lauderdale market. Last year, Kohl’s opened 112 stores.

Kohl’s is not alone in scaling back store openings. Last month, J.C. Penney said it would reduce openings to 36, from 50, leading to a savings of $200 million in capital expenditures. Penney’s has slated 20 major store renovations, down from the 65 originally planned.

As competitors close stores, Kohl’s, based in Menomonee Falls, Wis., will take advantage of real estate opportunities, said Montgomery. “We have a pecking order,” he said, but he declined to say which competitor’s locations were on his list.

Despite the difficult economy, exclusive brands are the fastest-growing part of Kohl’s business, Montgomery said, calling the performance “spectacular.”

Chaps sales are rising by double digits, despite new competition from Penney’s launch of American Living, a Ralph Lauren brand, Montgomery said. Rollouts of names such as Elle, Simply Vera Vera Wang, Food Network and others have pushed the percentage of brands exclusive to Kohl’s from zero three years ago to nearly 11 percent at the end of last year.

Kohl’s’ private label brands accounted for 28 percent of total sales in 2007. This year, Kohl’s expects the combined percentage of private and exclusive brands to increase to as much as 41 percent of sales, driven by growth of Elle, Food Network and Simply Vera Vera Wang, as well as new products from Bobby Flay, Jumping Beans and Fila Sport.

Bobby Flay’s line of cookware, dinnerware and kitchen gadgets was launched in some stores about 10 days ago and will be in all stores by May 15. Early sales are good, Montgomery said. Elle, meanwhile, has been expanded to all stores, after bowing last fall in 450 stores. The Elle brand will be extended to footwear and handbags in select markets this fall, said Kohl’s president Kevin Mansell.

All of the expansion of exclusive labels will come at the expense of national brands, Montgomery said.

For the fourth quarter ended Feb. 2, Kohl’s reported that profits fell 15 percent to $411.7 million from $484.6 million a year ago, when the quarter included one additional week, while sales inched up 0.7 percent to $5.49 billion from $5.45 billion. For the full year, Kohl’s earnings slid 2.2 percent to $1.08 billion, as sales rose 5.6 percent to $16.47 billion. In both the fourth quarter and the full year, the accessories department led Kohl’s results with comp-store sales increases, while men’s apparel and footwear also beat the store’s overall results, leaving the women’s apparel and home departments lagging.

Montgomery said Wednesday that exclusive brands have the best gross margins because of the huge sell-throughs. He said the company was rolling out new exclusives in a methodical, organized manner.

Fila and Dana Buchman are the next two promising exclusives, Montgomery said. Fila Sport will launch in all stores in September in men’s, women’s and children’s. Dana Buchman will become an exclusive Kohl’s brand in spring 2009, with a collection of women’s apparel, intimates, accessories and footwear.

Kohl’s said it continues to evolve its store design. Some of the new stores will have the latest design innovations that the company unveiled at a new store in Grafton, Wis., in April. The juniors department has wood flooring and a flat-screen TV in its upgraded fitting room area. For the first time, Kohl’s has brought accessories into the juniors area as part of its strategic initiative to encourage cross-departmental shopping. The store also has an upgraded intimates department, with draperies on display walls and columns for a more feminine look.

Kohl’s will decide on how much of this design to incorporate into new stores in the future after determining whether the changes improve sales, Montgomery said.

Kohl’s will announce plans for next year in August, along with its second-quarter earnings report.

“We are planning inventory levels and expenses based upon very conservative sales estimates while continuing to invest the necessary resources to ensure our profitable growth over the long term,” said Montgomery during the hour-long meeting attended by some 1,000 people. In addition to shareholders, Kohl’s invites an associate from every store to attend, as well as executives from headquarters.

A shareholder from Madison, Wis., asked whether the company was considering providing Internet access in stores so customers who can’t find an item can place an order on kohls.com while in the store. Montgomery said such a plan is part of Kohl’s efforts to promote cross-channel shopping. He said the company plans to place kiosks in stores that would take online orders.

Meanwhile, in a Wednesday presentation at Lehman Brothers’ annual retail conference in New York, Myron Ullman 3rd, chairman and ceo of Penney’s, said the retailer is whittling fall inventory in response to the tough economic environment.

“We believe we will be below last year’s dollar inventory by the end of back-to-school,” Ullman said. “We’re certainly more cautious now than we would have been even six months ago as we look at fall.”

Nonetheless, Ullman said he thought fall selling would be “more positive” than last year and was somewhat optimistic that holiday results will be better, too.

Ullman also said he sees further retail consolidation. “My guess is there will be 10 to 20 companies that will find it very difficult to get through this period,” he said, adding that fine jewelers, home stores and regional players short on cash were especially vulnerable.

“The strong get stronger during these periods and we do expect to gain market share during this period,” Ullman asserted.

“We believe [product] flow is the secret to improving our gross profit…because we believe we have trend-right merchandise delivered more frequently in a shorter cycle time,” he noted.