The Stefan Larsson-era of PVH Corp. is beginning with a bang.

The chief executive officer, who took the reins from Manny Chirico in February, turned in his first quarter to Wall Street on Wednesday, blowing past the company’s prior earnings projections, raising the outlook for the year and reshuffling management, including leadership at Calvin Klein.

It’s still too early to say the company — or anyone — is beyond COVID-19. Supply chain question marks have restrained the outlook for the back half and North America is suffering a tourist drought, but business in general is starting to bounce back as many, finally vaccinated consumers reemerge.

“Seeing how the young consumer is out, eating out, shopping again, it’s a nice change of sentiment,” Larsson told WWD in an interview. “We had a very strong first quarter, much better than expected.

“We saw pricing power go up, gross margin rates go up, we’re in great inventory shape and, perhaps most important is, we followed the consumer to win in the marketplace,” he said. “E-commerce is now 25 percent of the total business.”

Larsson had already taken operational control of the company during the pandemic, but after promoting various executives through the ranks, he is now more firmly putting his imprint on the top of the corporate org chart, which tends to change after a CEO shift.

Trish Donnelly, CEO, PVH Americas, who has had oversight of Calvin Klein, is taking on full global responsibility for the business starting July 1, when Calvin Klein’s current CEO, Cheryl Abel-Hodges, moves into an advisory position.

Larsson said the structure of the business was changing and that Donnelly, with global oversight of Calvin Klein and broader responsibilities for the Americas, would mirror the role of Martijn Hagman, who is global CEO of Tommy Hilfiger and heads up PVH Europe.

Donnelly joined PVH in February after a stint as CEO of Urban Outfitters Group, where Larsson said she was very successful connecting with young consumers and driving the e-commerce business.

“We are leveraging her experience,” Larsson said.

“The core strength at PVH has always been the team and will continue to be,” he said. “At the same time, we’re evolving through a very disruptive time for us as an industry. We will continue to evolve to make sure we have the right capabilities to keep going forward.”

(Other changes could be in the offing as well, although Larsson declined to comment on a WWD report that PVH is in talks to sell its Heritage business.)

In addition to Abel-Hodges’ move, chief operating and financial officer Mike Shaffer is leaving as of September to pursue other opportunities.

Larsson noted that Shaffer helped shape PVH during his 30-plus-year run at the company, where he helped acquire the Tommy Hilfiger business in 2010 and Warnaco Group in 2013.

“I have had a long and wonderful career with PVH, working with the most talented people in the industry,” Shaffer said in a statement. “I know that I am leaving the company in a strong position, having navigated through the complexities of the last year, and now driving forward with an accelerated recovery. I am very proud of the PVH team and wish them every success in the future.”

Likewise, Larsson gave a nod to Abel-Hodges for her nearly 15 years at PVH.

Abel-Hodges said, “I have loved being part of the PVH family and working with the Calvin Klein brand for the last six years. PVH has provided me with many opportunities to grow as a leader, to work with fantastic people and to be a connector across its businesses. I couldn’t be prouder of the work we’ve done as a team to navigate the events of last year and emerge as a stronger company, well positioned for the future.”

And that future is coming into sharper focus for PVH after a strong first-quarter showing.

Adjusted profits for the quarter came in at $1.92 a share, well above the 80 cents to 83 cents the firm previously projected (Wall Street was looking for the company to hit the high end of that range).

For the full year, PVH is looking for adjusted earnings per share of $6.50, up from the $6 previously projected.

Holding back the outlook still are supply chain disruptions, particularly in Sri Lanka, and international visitors streaming through shopping meccas like New York.

“In a normal year, 30 to 40 percent of the North American business is driven by tourism,” Larsson said. “That will come back over time, but it’s clearly impacting us. We’re focused in on the domestic consumer, we saw some green shoots. We’re driving very strong e-commerce growth.” 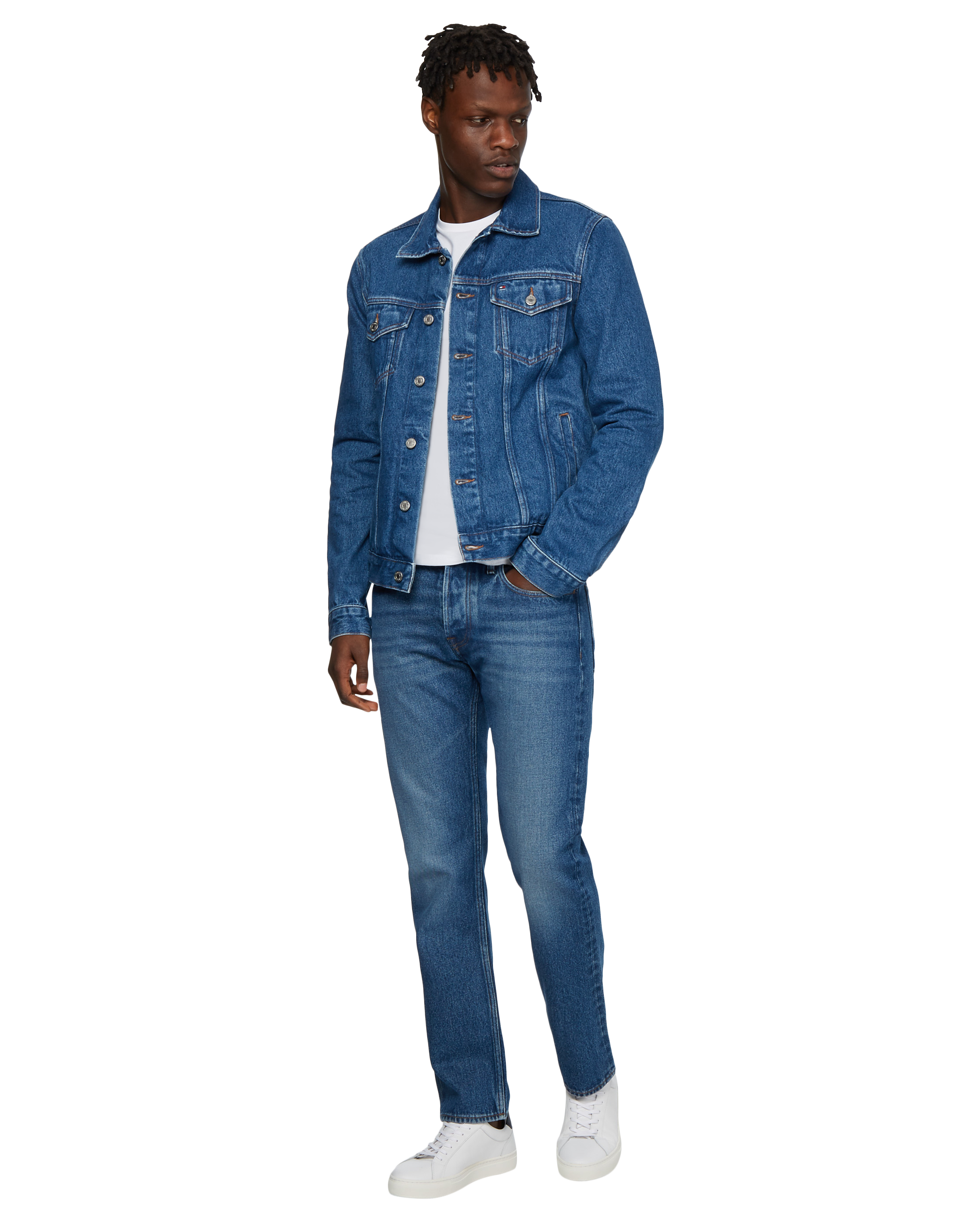 A look from Tommy Hilfiger’s circular design garments. Shoppers might be coming back, but they’re coming back changed and PVH is looking to meet them where they are.

“I see a real shift in the consumer sentiment where the consumer is excited to come out of COVID-19 restrictions and from that I see a new hybrid lifestyle coming out of that because they are evolving their casual and comfort focus to become more focused on self expression,” Larsson said. “There’s this hybrid between the stay at home and comfort and the excitement to go out and socialize. They mix and match like no time before.”

Reading the State of Retail in Fashion’s Quarterly Reports

The Supreme-ification of VF Corp.