Patrice Louvet said the company’s strategic plan is working, although there’s more to be done, particularly on the Lauren women’s line.

Ralph Lauren Corp. still has some work to do at home.

While the company’s strategic plan is gaining traction abroad — and enough so to easily push it past fourth-quarter profit expectations — investors zeroed in on results in North America, where the right fashion balance has been elusive.

Patrice Louvet, president and chief executive officer, told WWD that the framework he laid out for the company in June is working and that now it’s a matter of making smaller adjustments and executing. “This is the end of the year and, at this point, we feel good about the start we have. When we look ahead, it’s really run the play.”

But there’s plenty of game left.

And the firm’s net income for the fourth quarter slid to $31.6 million, or 39 cents a diluted share, from $41.3 million, or 50 cents, a year earlier. However, factoring out restructuring and other charges, adjusted earnings of $1.07 a share came in well ahead of the 89 cents Wall Street projected.

For Wall Street, it was a top-line story and shares of the company fell 3.7 percent to $113.93 as the market in general recovered from Monday’s trade-war-induced rout.

So far the trade situation — which has President Trump pushing ahead with plans to boost tariffs on Chinese-made apparel by 25 percent — has not really bitten into Ralph Lauren’s business.

“Managing this kind of volatility is part of our job, that’s just what we need to do,” Louvet said. “There’s always going to be some level of volatility, today it’s related to tariffs, tomorrow it will be something else.”

Even before Trump took on China, Ralph Lauren was moving to diversify its supply base. China accounts for about a quarter of the company’s production now.

“We’re watching the developments,” Louvet said. “So far, the tariffs have not impacted our business significantly.” 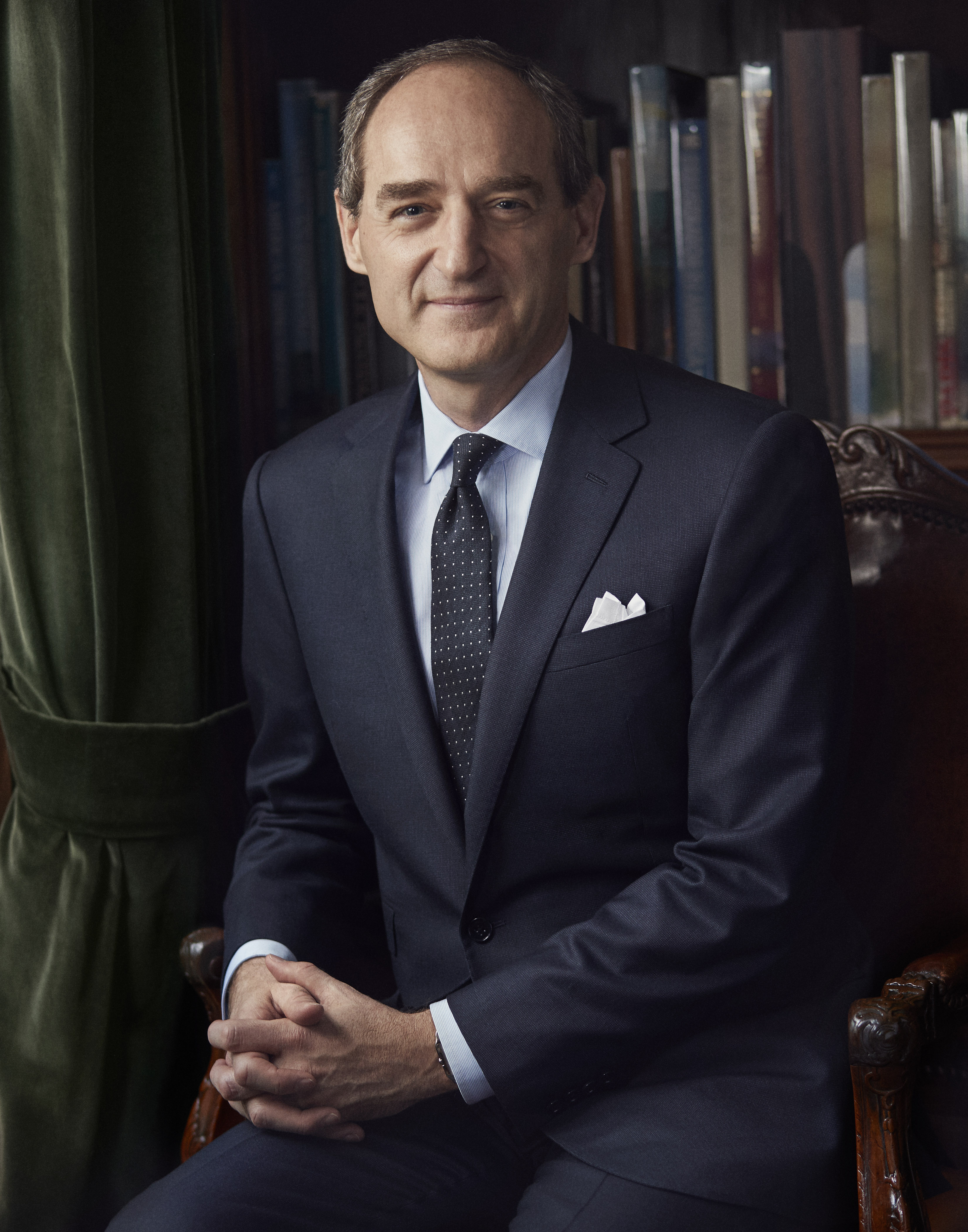 International trade intrigue is just one element the ceo is juggling.

Ralph Lauren is also working to bring in younger shoppers, drive traffic to its stores and fine-tune its approach to seasonal fashion assortments, particularly in the Lauren women’s business.

But Louvet underscored that the brand still believes in having a “luxury halo” and that it was more a matter of making sure that the approach is right.

On a conference call with analysts, the ceo expanded on the matter and said the Lauren men’s business was doing well, but that women’s needed something more.

“We’re seeing softness is specifically driven by our North America wholesale business,” he said. “So as we kind of look at where the brand stands today, we actually feel good about the Lauren positioning.…And we believe that can absolutely resonate with consumers. The key causes of the Lauren challenges that we’re seeing are first on the product front — we need to focus more on the core categories that the Lauren brand is known for and that our consumers care about and expect.”

That means a greater focus on knits, denim, athl-eisure and dresses.

“We need to strike a better balance between core and fashion,” he said. “Our assessment is probably skewed too much toward fashion in recent seasons and [we] need to rebalance that. And then on the distribution front.…Lauren is primarily in the U.S. a department store brand and so we’re focused on improving Lauren in this channel. We want to gain share. The definition of success for us is gaining share there.”

“For the first time in many quarters, the [Ralph Lauren quarterly update], while strong, did have holes to poke at,” Boruchow said. “The key issue stems from the U.S. market — a dynamic we have heard and will likely continue to hear throughout [the quarterly earnings] season — as Ralph Lauren’s U.S. comps fell into negative territory…while their U.S. wholesale business also took a leg down.”

Offsetting that, the analyst noted that the company “remains in high-growth mode outside the U.S. —10-plus percent growth rates — and management remains highly confident in their ability to drive the businesses digitally across the globe while stabilizing the U.S. wholesale channel, and importantly, doing so in a profitable way.”