The apparel giant may be planning to shutter the Rugby chain, but retail remains its future growth engine. 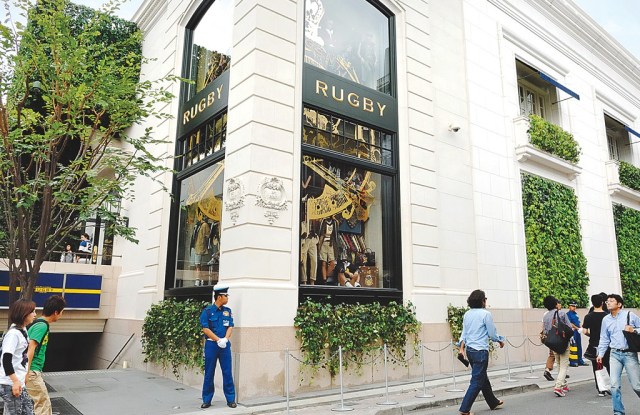 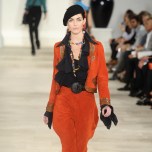 NEW YORK — Ralph Lauren Corp. may be planning to shutter the Rugby chain, but retail remains its future growth engine.

The company said Friday that after the second quarter ended, the firm approved a plan to discontinue its Rugby brand operations “in order to focus resources on higher growth, more scalable global opportunities with the core Ralph Lauren brand.” The company will close 14 stores and the e-commerce site over the balance of fiscal 2013. It expects to record pretax charges of $20 million to $30 million during the second half of the year, with 75 percent expected to be booked in the third quarter.

Ralph Lauren, chairman and chief executive officer, said, “We continue to make excellent progress on our long-term growth objectives as we invest along many dimensions, including new stores and e-commerce platforms and emerging merchandise categories and regions.”

While the corporation hasn’t set any targets for how much of its business it wants to come from retail, the group’s ongoing global expansion — especially in Asia — is likely to tilt the balance more toward its own retail operations rather than wholesale. That will be the case even though, for now, margins are better in wholesale.

According to the firm’s president and chief operating officer, Roger Farah, the company’s wholesale margins, primarily apparel-driven, are in the 25.5 percent range. Retail margins are 17.4 percent, he said.

In a conference call to Wall Street analysts, Farah noted that to get to the same margin percentage range as wholesale, the company would have to “create store layouts that are productive with high allocations to accessories, while still giving quality presentation to our apparel [assortment].”

Accessories — handbags, small leather goods, footwear and more broadly, even watches and eyewear — are still a small component of the firm’s overall business segmentation. That’s likely to increase over time.

In response to an analyst’s query about a possible global consumer trend in an accessories boom and its impact on an apparel-driven firm, Farah said, “We think the Ralph Lauren aesthetic translates beautifully into accessories.…One of the interesting realities of our results to date, both the extraordinary margin in wholesale and the extraordinary margin we now operate in retail, is without high penetration to accessories, which, properly executed, brings with it higher profit margins. So I think we’re making good progress. I think we’re making quality progress. I don’t think we’re looking to jam this business artificially in the early stages.

“And my guess is over the long term, it’s going to be a very big part of what we do, and that will be more prevalent in Asia and some of the emerging markets than perhaps some of the more mature markets.”

Farah emphasized, “But I don’t want to back off the apparel business. I think we’re very pleased with the way we’ve got our market share and our positioning in all the key apparel categories.”

The future retail growth will most likely be driven by Asia.

“Regional development in Asia will swing [the business] more toward retail,” he said.

But first, it’ll have to give some thought on whether to exercise the change-in-control option in the Chaps license held by Warnaco Group Inc. now that PVH Corp. is buying Warnaco in a deal valued at $2.9 billion.

“We’re just thinking about it,” Farah said. The announcement of the PVH acquisition was made on Wednesday.

If it does, that would swing Ralph Lauren’s revenue balance temporarily more toward wholesale. The last time the apparel manufacturer became more “Ralph Lauren, Specialty Retailer,” was in the second quarter of fiscal year 2004. That was before it acquired some of its licensees, which moved the business mix primarily back to wholesale.

Farah stressed the retailer-wholesaler balance doesn’t overly concern the company. “We believe in letting the business grow properly,” he said.

Of the net revenues, net sales also fell 2.2 percent to $1.82 billion from $1.86 billion, which were comprised of an 8.1 percent decline in wholesale net sales to $914.5 million from $995.5 million. The decline reflected in part a planned contraction in wholesale shipments. The bright spot was retail, which partially offset the wholesale decline. Retail net sales rose 4.6 percent to $900.9 million from $861.3 million, reflecting in part the incremental contribution from new stores and e-commerce operations offset by store closures connected with the Greater China network repositioning. On a constant currency basis, comparable-store sales rose 5 percent.

The balance of net revenues was from licensing income.