Profit Up at Ralph Lauren, Margins Weigh on Shares

Margin pressures are expected to normalize by fall 2012 and the firm’s growth plans for overseas and in the U.S. remain on track. 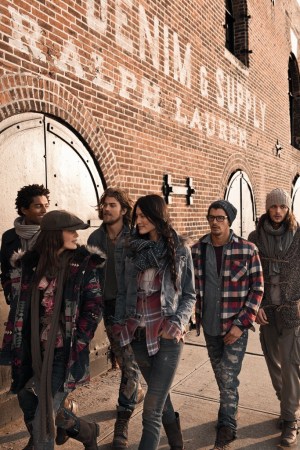 NEW YORK — Shares of Ralph Lauren Corp. fell 5.7 percent as second-quarter margins slipped, but margin pressures are expected to normalize next fall, and the firm’s growth plans for overseas and in the U.S. remain on track.

Total revenues rose 24.3 percent to $1.9 billion from $1.53 billion, which included a 25 percent gain in sales to $1.86 billion from $1.49 billion. Sales include a 20.4 percent rise in wholesale sales to $995.5 million and a 30.7 percent increase in retail sales to $861.3 million. Consolidated retail comparable-store sales rose 13 percent, with a 5 percent growth at Ralph Lauren stores, a 14 percent gain in factory stores and a 24 percent rise at Club Monaco stores. Sales at ralphlauren.com rose 25 percent in the quarter. The balance of revenues was from licensing income.

The company raised fiscal 2012 revenue guidance to an increase of a high-teens to low-20-percent rate, compared with a prior outlook of mid- to high-teens growth. Operating margins from continuing operations were also raised, now forecasted to be down 50 basis points, compared with earlier expectations of a 50- to 100-basis-point decline.

Ralph Lauren, chairman and chief executive officer, said, “Our momentum in the first half of the year demonstrates the incredible vitality of our brand and the growing desirability of our products around the world.”

Farah told Wall Street analysts during a conference call that international revenues represented 38 percent of consolidated sales. The company is rolling out Lauren, footwear and Club Monaco in Europe, and plans additional monobrand stores, e-commerce and shops-in-shop as part of its expansion on the Continent. The firm is also expanding in Asia, with Greater China representing the biggest long-term growth opportunity in the region. Near term, China will likely be only 3 percent of consolidated revenues as the company closes points of legacy distribution.

In a telephone interview, Farah said, “For years, [we’ve talked] about our desire to grow the international markets more quickly, where one day Asia and Europe would be the same size as the U.S. The reality is that it was based on our assumption of U.S. growth being slower.…The only little wrinkle is that the U.S. is growing faster than anticipated.”

Farah explained that the firm saw solid growth in its core businesses in the U.S. New denim offering “Denim & Supply is off to a good start, and in years to come will be meaningful,” he noted.

As for margin pressures, Farah said that’s not a surprise given the rise in production costs. He’s predicting a return to more normal patterns by fall 2012. “Based on current discussions over the cost of goods for next fall, both raw and manufacturing costs seem to be coming back in line,” he said.