The company on Wednesday revealed plans to roll out its Polo concept stores in China as part of a global expansion of the brand. 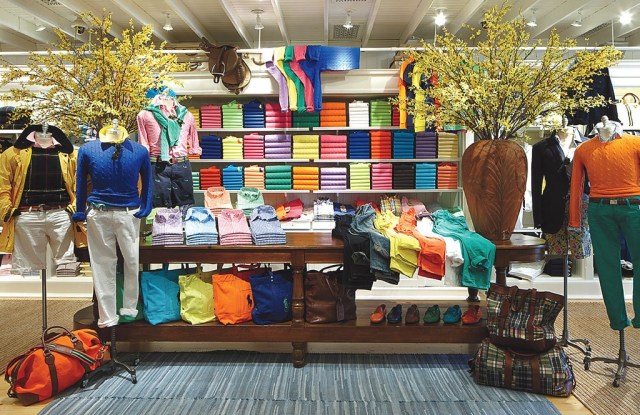 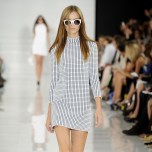 This story first appeared in the February 6, 2014 issue of WWD. Subscribe Today.

The company on Wednesday revealed plans to roll out its Polo concept stores in China as part of a global expansion of the brand that will include flagships in New York and London as well as the addition of a women’s Polo line.

Lauren revealed the strategy as it reported third-quarter results that beat Wall Street’s estimates only to see its shares fall 3.6 percent to close at $148.71 on the New York Stock Exchange.

Consolidated comparable store sales rose 1 percent in the quarter. The balance of revenue was from licensing income.

“Momentum was strong across our diverse brand portfolio that includes the pinnacle of luxury with Ralph Lauren Collection and Purple Label, as well as Polo, Denim & Supply, Chaps and Club Monaco,” said Ralph Lauren, chairman and chief executive officer.

Branded apparel and footwear analyst Evren Kopelman at Wells Fargo said, “Ralph Lauren’s [third quarter] results were solid given the tough environment.…Guidance for the [fourth quarter] was in line with revenue, but below expectations for operating margin.” She has a “market perform” rating on the stock, the equivalent of a “hold” rating, due to margin pressure as “EPS revisions remain downward.”

Christopher H. Peterson, executive vice president, chief administrative officer and chief financial officer, said in a telephone interview that since the company has reset both its distribution and brand image in China, it will “start to layer in Polo stores in addition to [continued expansion of its Ralph Lauren] luxury stores. We feel we can do both at the same time.”

Next fall, the company will open its first dual-gender flagship site at Lee Gardens, an exclusive luxury shopping mall in Hong Kong. During fiscal 2015, it will begin a multiyear plan to open Polo stores worldwide. A Polo store will open this fall on Fifth Avenue in Manhattan, and a 20,000-square-foot London site on Regent Street has been secured for a Polo unit. There are also plans to open other locations in the U.S., Europe and other parts of Asia over the next few years.

The company is also looking to invest in its e-commerce business, eyeing enhancements for browsing and buying on a mobile device. Those investments, including the opening of freestanding retail doors, are expected to pressure fiscal 2015’s operating margin.

Peterson said in the interview that while the company is continuing its expansion strategy globally for luxury stores, Polo and e-commerce, the timing was right for a bigger push in Greater China due to the “higher margin opportunities in the region.”

He explained that products sold in China tend to be higher priced than in other markets, while at the same time the cost of goods is lower in general, providing for the higher margin opportunity.

Jackwyn Nemerov, president and chief operating officer, said in the same interview that the women’s Polo line, which will be launched this fall, is “directed to a younger, more contemporary customer.” The price range for the product will be comparable to those for the existing men’s Polo line.

The company also decided to accelerate the rollout of its Polo stores to coincide with the women’s product rollout, and the new men’s Polo suit and suit separates set for the fall now that the company has taken the license back in-house, company executives said in the conference call to Wall Street analysts.

Nemerov said in the interview that while sales of women’s products in general have been more focused on accessories and footwear in recent years, she’s seen an “important shift back to apparel. We’ve been achieving some very nice sales momentum over the past year.”

According to Nemerov, there’s also some momentum building in the dress category for the Black Label, Collection and Lauren brands. Early reads on sales heading into the fourth quarter include strong sales for men and women in shirting, and cashmere sweaters becoming “almost an all-year-round yarn.”

For the fourth quarter, the company is projecting consolidated net revenues to rise 10 percent to 12 percent, and for the full fiscal year 2014 has guided revenue expectations to 7 percent growth, at the high end of prior guidance of 5 to 7 percent. The company is expected to report fourth-quarter and full-year results in May.