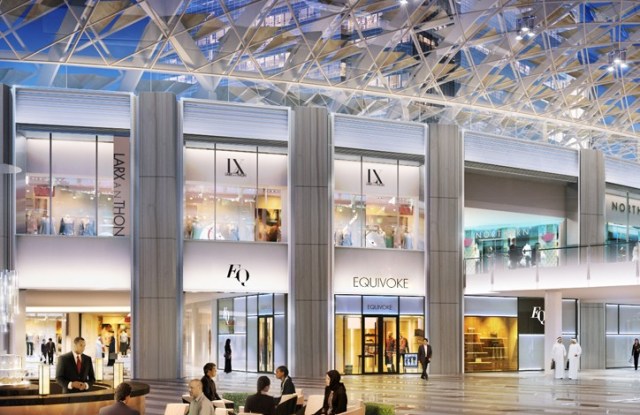 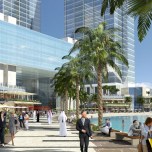 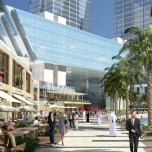 Gulf Related, a joint venture of Related Companies and Gulf Capital, and Marvin Traub, the international retail consultant, have teamed up to create a shopping, dining and entertainment complex in Abu Dhabi called The Galleria at Sowwah Square.

Sowwah Square will also include Rosewood and Four Seasons hotels that will be opening in fall 2012 and spring 2013, respectively; the Cleveland Clinic Abu Dhabi opening in fall 2012, and about 2 million leasable square feet of office space accommodating more than 10,000 workers and a stock exchange, both opening this fall.

“The Galleria is the glue that holds it all together,” said Kenneth A. Himmel, co-managing partner of Gulf Related and president and chief executive officer of the Related Urban unit of Related. “Our expectation is that the Galleria will do in excess of $1,000 in sales per square foot.” He added that the company is in negotiations for all the space but declined to specify any potential tenants.

The Galleria will be composed of a waterfront level with 50 luxury apparel, accessories, jewelry and watch retailers, with the largest tenant occupying about 6,000 square feet. Above the waterfront level will be another level for higher-traffic retailers with a family appeal, bridge price points, children’s wear and service retailing. Elkus-Manfredi is the architect on the project.

Gulf Related, which is already exploring the possibility of developing other mixed-use projects in the Middle East, and Marvin Traub Associates will work with Mubadala to develop, lease and operate The Galleria. This is the first development project for Gulf Related, formed in 2009.

Related is a private real estate firm that created the Time Warner Center in Manhattan, among other major projects. Gulf Capital is a Middle Eastern alternative asset management firm. Mubadala, owned by the government of Abu Dhabi, is geared to spur economic diversification and tourism for the emirate.

Traub is leading the leasing effort for The Galleria at Sowwah Square.

Sowwah Square is located on Sowwah Island in the heart of Abu Dhabi, the capital of the United Arab Emirates. It’s been designated by the emirate’s Urban Planning Council to be home to the capital’s new central business district.