By Alexandra Steigrad and Cecily Hall on July 23, 2009
View Slideshow 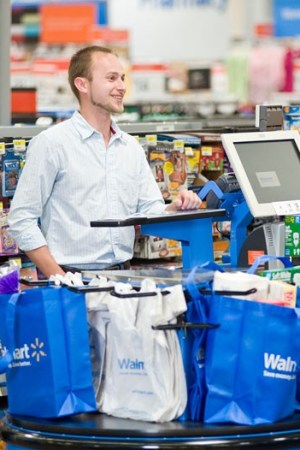 It’s a Wal-Mart world; other retail executives just play in it.

This story first appeared in the July 23, 2009 issue of WWD. Subscribe Today.

The world’s largest retailer dominated among executives receiving the highest compensation in 2008. For the second consecutive year, H. Lee Scott Jr., who departed in February as president and chief executive officer, ranked first with a $30.2 million package. Other company officers were in the sixth, eighth and 10th spots as the discounter was a standout performer in a barren retail landscape, producing a 5.3 percent increase in net income as revenues surpassed $401 billion.

Like the consumers they serve, most retail companies suffered in the deteriorating economy, and the compensation of some executives bore the scars as performance rewards withered along with most companies’ profits.

Scott and his successor, Michael T. Duke, earned slightly less, although they and all top executives were still in rarefied territory. The biggest gain was recorded by Abercrombie & Fitch Co. chairman and ceo Michael S. Jeffries, whose package rose 39 percent to $15.9 million because of a $6 million bonus for staying with the company despite a 42.8 percent slide in profits last year.

Overall compensation for the top 10 executives fell 9.4 percent last year to a total of $130.4 million, from just under $144 million in 2007, according to regulatory filings with the Securities and Exchange Commission. In 2007, as consumer spending began to weaken, the total declined 27.4 percent. The trend is likely to continue in 2009.

Executives spent the final months of 2008 trying to downsize inventories and overheads to reflect the economy. As the meltdown continued into the early part of this year, “everything was difficult — the sky was falling across all industries,” said Terre Simpson, president of New York-based executive search firm Simpson Associates. “Retailers’ head counts were changing rather profoundly, but top key executives weren’t being cut. Ancillary staff members were, though…from sales support staff members to assistants…companies chose to keep the top producers.”

Scott distanced himself from the pack. His $30.2 million compensation package was down from $31.6 million a year earlier as declines in option awards and nonequity incentive plan compensation outstripped a $3.3 million increase in his stock awards. Although he earned the maximum nonequity compensation possible, the amount was about $2.6 million less than it had been in 2007, before Wal-Mart reset its compensation formulas.

All executives considered for the ranking remained in their positions through the conclusion of fiscal 2008.

The overall decrease in compensation is primarily a function of the decline in the value of the company stock in executives’ portfolios, said Les Berglass, chairman and ceo of executive search firm Berglass + Associates. Executive perks are declining, but cash and incentives, including those tied to stock values, remain intact.

“The folly is gone,” Berglass said of perks. “But the base salary and bonus are very much there.”

Hughes warned that because the majority of the economic fallout didn’t take place until the back half of 2008, compensation would be even more affected in 2009.

“I think this recovery has a very long runway,” she said. “I don’t perceive that we’re going to see any encouragement until the end of the second or third quarter of next year.”

Totals in the WWD survey reflect amounts reported to the Securities and Exchange Commission, including stock and option awards which, because of vesting schedules and fluctuating stock prices, weren’t necessarily realized by the executives but were “expensed” by their employers.

J.C. Penney Co. Inc. chairman and ceo Myron E. “Mike” Ullman 3rd, an addition to the top 10 at just over $10 million from slightly less than $8 million a year ago, tied Jeffries for the highest base salary at $1.5 million. Ullman doesn’t have an employment contract.

Aéropostale Inc. chairman and ceo Julian R. Geiger climbed to the fourth spot from ninth in 2007 thanks to a $5.2 million raise and gains in his stock and options awards, which boosted his compensation to $14.2 million. Geiger’s salary and nonequity incentive plan compensation were unchanged from the previous year, and totaled $1 million and $3 million, respectively.

EBay Inc. president and ceo John J. Donahoe, who took over for Meg Whitman last March, is new to the list. Donahoe brought in $13.2 million and ranked fifth.

In order to motivate their teams and reward them for their hard work, retailers are creating “attainable” business goals, said Karen Harvey, ceo of executive search firm Karen Harvey Consulting Group. Nonetheless, rewards such as bonuses and other compensation are based on the health of the overall business, and “so they naturally reflect these challenging times.”

Looking ahead, Harvey said compensation packages “created in 2009 and 2010 will continue to be driven based on upside, growing, turning around or further building a business.”

Because of the troubled economic environment, “compensation committees are requiring more and more accountability from ceo’s,” she said.

Reaching the 10th spot was Coach Inc. chairman and ceo Lew Frankfort, who saw his compensation package decline 2.4 percent, to $9.7 million, from $9.9 million in 2007. He previously had been included in WWD’s survey of vendor compensation but was moved because the majority of company revenue comes from its retail operations.

Gap Inc. chairman and ceo Glenn Murphy, who received $9.3 million in compensation for the first full year on the job, up from $6.3 million in 2007, just missed the top 10. Murphy’s take included salary of $1.5 million, stock and option awards valued at $4 million and nonequity incentive pay of $3 million.

The ceo received other compensation of $834,434, including $211,244 for personal use of a company airplane and $477,044 in expenses for his relocation to California from Canada, where he was chairman and ceo of Shoppers Drug Mart Corp., the country’s largest drug store chain.

For 2009, Murphy volunteered to reduce the portion of his compensation that comes as salary by 15 percent to $1.3 million, which will also trim the potential size of his bonus.

American Eagle’s O’Donnell saw his compensation package shrink 68.2 percent to $3.8 million, on a 70.8 percent decline in stock and options, which were valued at $2.6 million.

Also notably absent from this year’s list is Gregg Steinhafel, chairman, president and ceo of Target Corp., who succeeded Robert Ulrich in May 2008. While Ulrich topped the 2006 list and finished sixth in 2007, his successor’s pay fell to $5.9 million last year from $6 million in 2007, placing him 21st on this year’s list, one notch behind executive vice president and chief financial officer Douglas Scovanner, whose take grew to $6 million from $5.6 million. Unlike its discount rival Wal-Mart, Target’s net income fell last year, contracting 22.3 percent to $2.2 billion.

Limited Brands Inc. ceo Leslie Wexner ranked 19th with compensation of $7.5 million, 10.4 percent above its 2007 level. However, Terry Lundgren, chairman, president and ceo of Macy’s Inc., missed the top 20 cutoff, as his pay package fell 37.2 percent to $5.4 million last year, hurt by Macy’s $4.8 billion loss for the year created by a $5.38 billion impairment charge to write of the value of May Department Stores Co. acquisition.