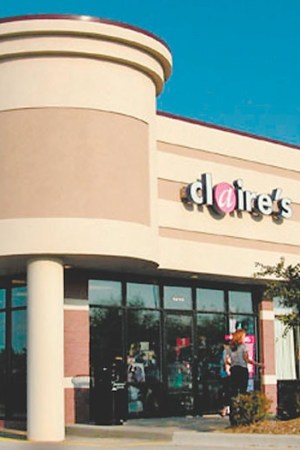 While business remains challenging for most stores and no one is expecting a massive turnaround anytime soon, there are signs the worst may be coming to an end. The stock market is seeing relatively consistent gains, housing sales in some of the hardest-hit markets are simmering again and retailers from Wal-Mart Stores Inc. to J.C. Penney Co. Inc. to Casual Male Retail Group Inc. and Claire’s Stores Inc. point to a slight uptick in sales this spring that could be the first signal of better times ahead. Further signs are expected today when retailers release comparable-store sales.

In an address to Congress earlier this week, Bernanke said: “The recent data…suggest that the pace of contraction may be slowing, and they include some tentative signs that final demand, especially demand by households, may be stabilizing. Consumer spending, which dropped sharply in the second half of last year, grew in the first quarter. In coming months, households’ spending power will be boosted by the fiscal stimulus program, and we have seen some improvement in consumer sentiment.”

Although the recovery is not expected to be swift and unemployment figures will be among the last numbers to rebound, the picture is indeed brightening.

The rebound in consumer confidence in April prompted Lynn Franco, director of The Conference Board Consumer Research Center, to comment that signs indicate “that conditions have not deteriorated further and may even moderately improve in the second quarter.”

At its analysts meeting in mid-April, Penney’s revised for the second time its first-quarter earnings per share guidance and is now expecting flat to slightly positive results. This was the second revision for the retailer, which had initially expected a loss of 20 cents to 30 cents in the period. Chief executive Myron E. “Mike” Ullman 3rd said compared to the “volatile” market of a year ago, the situation now is “more predictable.” Although it’s still “not a trend we like,” sales at Penney’s are running “slightly better than plan,” he said.

With single-digit declines now jokingly referred to as the “new up,” these numbers seem to indicate consumers are slowly starting to open their wallets and spend again. Eduardo Castro-Wright, head of Wal-Mart’s U.S. stores, last week said the retailer has recently seen a shift in buying patterns. As a result of lower taxes and gasoline prices, consumers aren’t focused as much on low-cost groceries and necessities and have begun to indulge themselves again “to buy some of the discretionary items that they were not buying before.”

A large portion of the balance sheet improvements certainly come as a result of tough decisions retailers have made over the past few months. Although March same-store sales were way down, April numbers are expected to be much better, thanks in large part to the Easter shift. Significant cuts in inventory, hefty expense reductions and scale backs in new-store growth are also helping stores rebound from the unprecedented free fall in sales that started last fall and will make same-store comparisons easier later in the year.

Marshal Cohen, chief industry analyst for The NPD Group, said sales figures for January through March “clearly indicate a stabilization at retail. There’s definitely an emotional stabilization [as well], both in terms of employment and the psyche of the consumer.”

Cohen said March sales were better than expected and April will be “even better due to the Easter switch.” But it’s more than that, he believes. “It’s not about bonnets and dresses,” he said. “It’s more of an emotional transition from winter to spring.”

In terms of merchandise categories that are leading the way, Cohen said the “key area in fashion is denim, both at the low end and the high end. This has weathered the storm better than other categories.” He attributed it to the “multidimensional” properties of denim, which can be dressed up or dressed down. “This is what the consumer wants right now.”

Cohen also pointed to bras and outerwear as strong categories, while other retailers singled out men’s suits and dress shirts and women’s accessories as areas that are gaining traction.

“On the men’s side, we definitely feel there’s a stabilization,” said Lou Amendola, executive vice president of merchandising for Brooks Brothers. “We’ve been seeing low-single-digit declines for the last several months. And business has been very consistent, more like the normal retail math. It allows us to plan the business more realistically. We don’t see the erratic swings that we’ve seen before.” Although Amendola said it isn’t like customers are “running out shopping in a frenzy, but there is a consistent pattern with male shoppers. They’re coming in week after week and picking up a shirt or tie,” In particular, he said, suits under $1,000 are showing “steady signs of momentum,” and dress shirts are up in the low double digits.

But women’s wear is not following suit just yet.

“Women just don’t want to come near a store,” Amendola said. “They’re not shopping unless it’s discounted. With men, we don’t have to discount to stimulate buying.” However, with Mother’s Day fast approaching, Amendola is hopeful the situation may change. “That usually kicks off buying of spring-summer clothes,” he said.

At the Emanuel Weintraub seminar earlier this week, Brendan Hoffman, ceo of Lord & Taylor, said current sales trends make him “hopeful that things are starting to stabilize.” And Joseph Gromek, ceo of Warnaco Group Inc., noted: “A floor has been set, and now we know where the bottom is.” He said he expects the situation to “stabilize further” by the fourth quarter and continue to improve in 2010.

Mindy Grossman, ceo of HSN Inc., agreed. “We’re seeing things stabilize,” she said, noting, “We’re not planning an ebullient recovery in our business, but we’re expecting stability going into the back half.”

Betsy McLaughlin, ceo of Hot Topic Inc., said whether the situation is stabilizing or not is anybody’s guess. But one thing is certain: “Consumers are changing their shopping habits. I think much depends on whether these new habits are temporary or become permanent. Until we get through the next 12 months, I’m not sure anyone can predict the bottom.”

Hot Topic managed a 3.1 percent gain in April same-store sales after a 7.1 percent jump in March, with strength coming from accessories and men’s.

“Business is starting to stabilize,” said David Levin, ceo of Casual Male, a men’s big & tall chain, at a Susquehanna investors conference last month. After comp-store sales fell 9.3 percent in the fourth quarter of last year, the company outlined goals for 2009 that included reducing inventory another 10 percent, or $10 million — this is on top of a $20 million decrease last year, cutting capital expenditures to $5 million and slashing sales, general and administrative expenses by 9 percent to $162.5 million. The company won’t open any stores this year.

In a recent research report, Richard Jaffe of Stifel Nicolaus, said the SG&A savings at Casual Male “will be derived from decreased marketing spend (no TV ads and less circulation, page counts and catalogue size than 2008), as well as reduced corporate and store payroll.”

The austerity plan assumes comps in 2009 will be down 10 percent to $400 million, according to Levin, but an improved gross margin rate of 45.2 percent from 42.7 percent in 2008 as promotional activity eases.

As reported, the company has seen a slowdown at its upscale Rochester division and will convert five of its 26 stores to hybrid Casual Male-Rochester units while de-emphasizing the highest-priced merchandise. At the conference, Levin said the emphasis will be on “good and better pricing” from brands such as Polo and CK Jeans.

Casual Male’s experience with sluggish high-priced merchandise sales is being echoed throughout the retail community. In reporting March same-store sales, off-pricers and midtier stores such as Kohl’s and Penney’s fared the best while luxury retailers such as Neiman Marcus and Saks Fifth Avenue continued to see steep declines.

Still, retailers at least see hope where a month or so ago they saw none. At the Weintraub seminar, Adam Rifkin, senior vice president for the global retail-consumer group of Barclays Capital, said he has seen “a modest stabilization in recent weeks. Although no one believes we’re out of the woods yet,” the consumer is starting to spend again.