Retailers Banking on Next 10 Days

Though Christmas has passed, retailers have dived into clearance mode in a make-or-break final chapter to a strange and challenging holiday season. 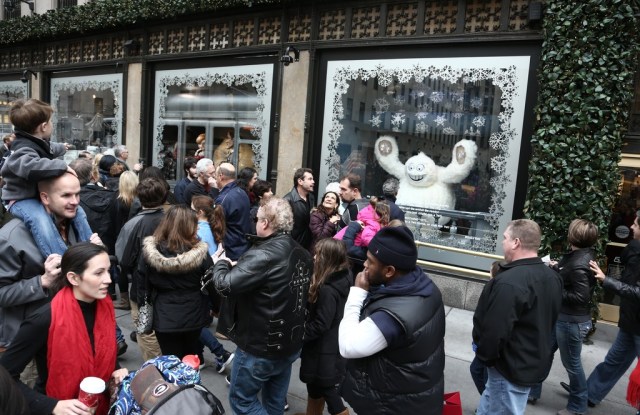 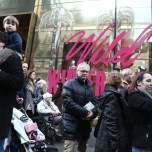 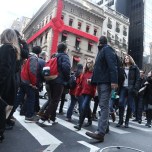 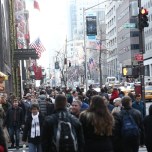 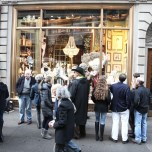 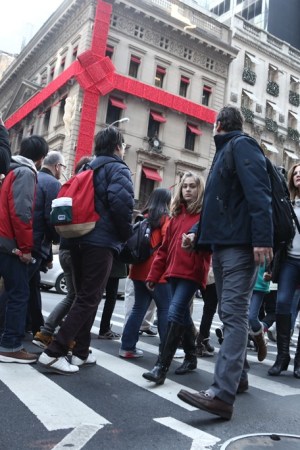 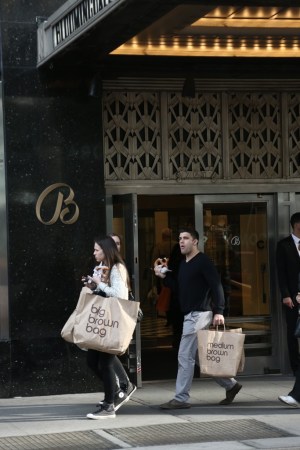 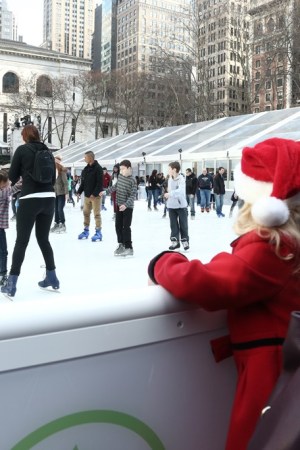 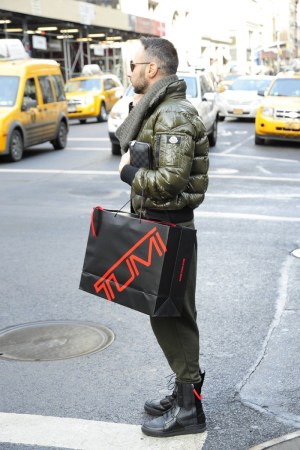 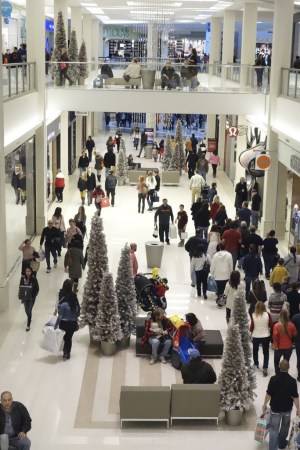 Though Christmas has passed, retailers aren’t giving up on a holiday season that was both strange and challenging.

Stores, as usual, have dived into clearance mode, discounting as high as 60 to 75 percent off in many cases, in a make-or-break final chapter to the season.

The next seven to 10 days are critical, store executives and analysts said, and should be busy. They’re expecting consumers who have resisted shopping to finally show up at the prospect of getting even better deals than those offered over the last month.

Additional factors could spur shopping. Clear, cold weather is forecast for the days ahead, which should sustain the momentum in outerwear; gift card redemptions and an influx of transitional and spring merchandise to the selling floors will also help, and no one is complaining about online business trends, although as online sales increase, so do returns.

So far, the holiday run has been on the disappointing, but not disastrous side. Traffic is down and consumers seem apathetic, yet retailers expect to meet or come close to revenue goals and still beat last year’s tally. The sales gains have come at a steep price, however. Profits, given the rash of sustained markdowns that began as far back as the third quarter, will be hurt.

“The week after Christmas has been building for many years,” observed Kathryn Bufano, president and chief merchandising officer of Belk Inc.

Belk for the holiday season will be “a little less than plan but nicely ahead of last year, because November was very strong,” she told WWD.

Belk’s business, like that of most retailers, was impacted by the shorter calendar — six days less between Thanksgiving and Christmas — and the snow and ice storms in December that hit much of the country. Belk and other retailers believe the season has to be judged by the results of November and December combined due to the calendar shift as well as the promotional strategies tied to the extended Thanksgiving and Black Friday hours that dragged sales out of December and into November.

“We know the percentage of sales landed in November versus December narrowed. November [was] quite strong, up 3.4 percent, coming at the expense of December,” said Bill Martin, founder and chief executive officer of ShopperTrak. Martin is sticking with his earlier projection of a 2.4 percent gain for the season, which he characterized as “marginal, not disastrous, and an indication of slowing growth,” since last year was up about 3 percent, and 2011 was up 3.4 percent. For holiday 2013, “You are still going to see the largest amount of money spent on holiday ever — $265 billion versus $257 billion,” last year, Martin said, citing the 2012 Department of Commerce number.

ShopperTrak also reported that “Super Saturday” (Dec. 21) saw a decrease in retail sales of 0.7 percent compared to 2012, and that shopper traffic decreased 18.1 percent from the same day last year. Some retailers and developers disputed those figures, saying business was not nearly as bad.

Department stores appear to be taking market share from specialty stores, with Macy’s, Nordstrom, and J.C. Penney seen as the busiest. TJ Maxx, Old Navy, Loft, Anthropologie and Victoria’s Secret are also said to be getting good crowds.

Target was apparently hurt by the security breach involving stolen credit card information at its stores. Craig Johnson, president of Customer Growth Partners, said that even with Target offering a 10 percent discount off of everything in the store this past weekend, the number of transactions at the retailer slipped 3 to 4 percent last weekend, and some other retailers could have benefited.

Michael Gould, chairman and ceo of Bloomingdale’s, sounded upbeat, characterizing Tuesday as “a big day,” and seeing potentially “a colossal” 10-day post-Christmas run. “We are optimistic for a very big post holiday season,” Gould said. “I feel good about our holiday season so far. The luxury business has been phenomenal, upscale businesses have been good, cold weather categories have been terrific and I feel very good about fine jewelry.”

“I would call the traffic ‘erratic,’” said Steve Siegler, ceo of the J. McLaughlin specialty chain. “That being said, we don’t promote in December. We are more focused on profitability versus raw volume. Business is good. Our margins have held up very well because we are not promotional.”

“The last couple of days were very busy,” said Bill Taubman, chief operating officer of Taubman Centers. “As opposed to Black Friday, people were really gift buying and the week after Christmas has become more and more important. There’s a lot of self-purchasing. But I don’t know if all that is going to make up for what happened. In general, traffic has been down this season though that doesn’t mean the spending has been down. It’s sort of flat or up 2 percent.”

Taubman cited another problem: “There haven’t really been any hot items to drive traffic, except for the Shinolo watch, the mini iPad and Xbox One, and coats sold in November at good prices versus last year.”

Michael Tamte, chairman and chief financial officer of Hot Mama, a 42-unit chain based in Edina, Minn., characterized the holiday season as “decent” with the first two weeks of December soft and business picking up in the last 10 days. “We’ve done a nice job the last few months of lowering our expectations,” said Tamte, with the chain’s same-store sales from Thanksgiving and Christmas ahead in the low-single digits. That’s consistent with industry forecasts made early in the fall calling for retailers’ same-store sales to gain between 2 and 4 percent.

“Without the Internet, it would have been a terrible season,” said retail analyst Walter Loeb. “It gave retailers some sales volume they wouldn’t have had otherwise. For some stores, it’s representing as much as 10 to 15 percent of total sales.”

Sucharita Mulpuru, vice president and principal analyst at Forrester Research, cited research conducted with Shop.org for an upcoming “state of retailing online” report, involving surveying about 70 retailers. “They are mostly large merchants that are heavily apparel, and the average growth rate for these retailers online for the whole year was 30 percent — and they usually pick up steam in Q4,” Mulpuru said. “There was quite a bit of softness in stores, and the culprit is online. People are shopping online.” She noted that the week after Christmas should be big for online, largely due to shoppers redeeming gift cards.

“Everyone is singing the blues on traffic and the promotional environment, meaning the AURs [average unit retail prices] were depressed,” said one ceo of a specialty chain, who requested anonymity. “You can pick any number of reasons why traffic is down — consumer uncertainty, ice storms, the lack of retail must-haves and people spending on cars and homes. Last weekend was soft. The overall season has been soft. I would call it disappointing. But a lot of traffic Monday and Tuesday definitely helped. It was a true last-minute rush and many people have waited till after Christmas to buy.

“Inventories are not excessive but not lean either,” the ceo added. “There are plenty of bargains to be had, putting pressure on margins. We bought very tight. I feel good about that. When you go to other stores, they don’t look particularly heavy on inventory. They have moved a lot of units but at lower prices, meaning they’re getting the units sold through, but not getting the profits they want.”

“This season is not going to end up being a disaster,” predicted Arnold Aronson, managing director of retail strategies at Kurt Salmon. “It’s also not a season most people will want to write home about. All things people projected to happen are happening.”

Aronson said the biggest lesson learned was that by increasing the operating hours for the Black Friday period, retailers really spread out the business without any significant incremental sales increase — and it came at significant additional operating costs. “Now the push is to get inventories as clean as possible and as fast as possible for fresh new 2014 spring merchandise, with some selected exceptions of cold weather merchandise, if it means getting out of it at a lesser margin or a loss,” Aronson explained. “You want to get the cash flow to convert to full margin merchandise and close the books on 2013.”

Post-Christmas clearances with deep discounts across a spectrum of categories and items have been unleashed, escalating the markdowns another 10 to 20 percent on apparel, which has already been widely marked down since the third quarter by 30 to 50 percent.

Noticing that Macy’s is running a one-day sale today, Belk decided to add a one-day New Year’s promotion, on top of a new credit card promotion. Bufano said there’s a “tremendous amount of basics on sale” and that Belk’s clearance is anywhere from 50 to 75 percent off winter merchandise. Belk, she said, has been aggressively clearing goods since last weekend and will be completely out of current season goods by Feb. 1. Spring goods have been arriving to Belk stores since early December. “We turn to spring very, very quickly,” Bufano said.

J. McLaughlin got into the promotional swing, with a semiannual sale taking 40 to 50 percent off, initially.

Bloomingdale’s is offering savings up to 75 percent on certain items, while Guess is offering an additional 50 percent off sale items through Dec. 29, both in-store and online.

At Hot Mama, all previously marked-down product is being discounted an extra 20 percent. “We’re now focused on resort and spring,” said Tamte.

Gilt aimed to capitalize on post-Christmas shopping by launching its first “Mobile Week” at 9 p.m. Christmas night. The promotion will last through Dec. 29 and has mobile-only sales in women’s, men’s, home and baby and kids. The flash-sale site has seen rapid growth via mobile, with over 40 percent of overall revenue coming from mobile and more than 50 percent of revenue coming from mobile between the Thursday and Saturday of Thanksgiving Weekend.

Aside from outerwear, good results are also being reported in boots, knitwear, contemporary sportswear, performancewear and luxury. Loeb and other analysts believe remaining fall-holiday inventories are not excessive, meaning there’s room to bring in fresh transitional merchandise and possibly sell it at full price. Guess, for example, will be pushing jumpsuits for New Year’s Eve at full price.

“Every year, stores try to have some fresh merchandise, some spring merchandise, and people do get interested,” Loeb said. “This year, there is less new stuff in the stores than last year. Retailers may be being a little more cautious [to bring in spring] until Feb. 1 when the new fiscal year starts, to show they are being responsible.”

The challenge in the days ahead, Loeb added, is to convert returns into sales of other items, and clear out merchandise.

Currently inventories are “not out of line,” Loeb said. “There’s some bulge, but overall retailers have been very conservative.”n Traffic down, consumers apathetic.