With extended hours, sharper discounts and some late-fall momentum, retailers are expecting huge traffic through Thanksgiving. Then it’s back to reality. 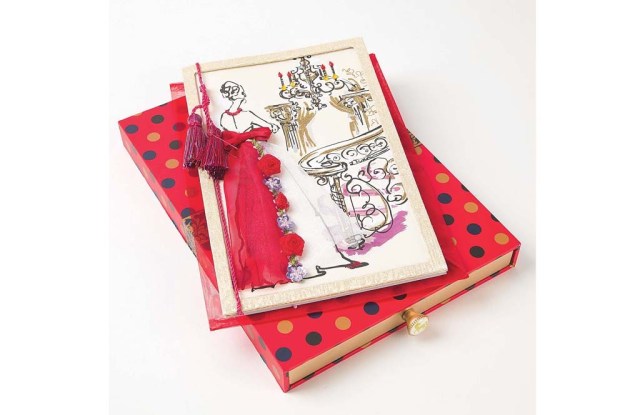 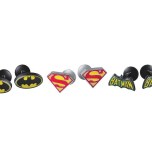 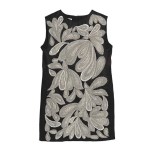 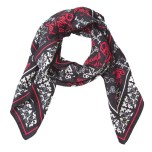 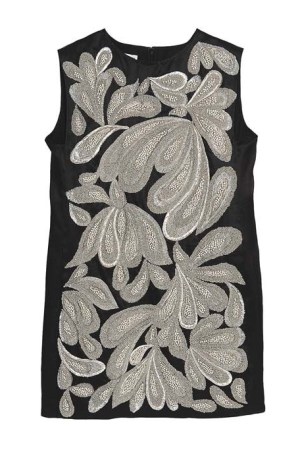 Holt Renfrew expects this Dries van Noten dress to be a big seller. 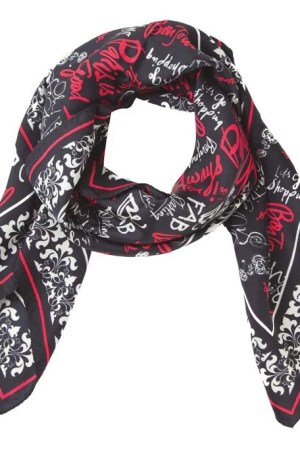 With extended hours, sharper discounts and some late-fall momentum, retailers are expecting huge traffic through the Thanksgiving period. Then it’s back to reality.

Retailers are up against a challenging season marked by six fewer days than last year; two rushes seen happening this Thanksgiving and just before Christmas offset by a big lull in-between; expected comp-store revenue gains of over 2 percent to just under 4 percent for the season overall, and struggles to maintain margins and market share.

That’s the latest outlook, as retailers brace for the official start of a holiday season. Unofficially, it began two weeks ago, with widespread deals of 30 to 40 percent off. That strategy, employed by most retailers hoping to get a jump on a truncated season, has apparently not meant much in the way of incremental sales.

“Retailers have been trying but somehow the consumer works on this internal clock. That switch gets flipped on after Thanksgiving, even though the trend this year has been to show holiday early,” said Dominique Schurman, chief executive officer of the Schurman Retail Group, which includes the Papyrus chain.

“I would agree that it’s been a challenging year,” Schurman added. “Traffic does seem to be pretty flat, and in order to be successful we feel intense pressure to innovate and strategize; how can we differentiate and create enough innovation to attract consumers to come in and spend.

“This is a unique season because it’s a short season, with a very different trend line. It will be a crazy crunch at the end, as consumers realize Christmas is upon them. It will be very intense and very late.”

Intermix is also trying to be innovative. As Tina Gershoff, senior vice president of retail stores, operations and visual merchandising, said, “We’re encouraging our clients to give and exude unexpected style,” with the store focusing on new vendors, cold weather must-haves, luxe separates, bold accessories from emerging and established designers, statement jewelry with an edge and chic outerwear.

One department store chief concurred. “It’s flat. There’s nothing exciting going on out there.” The ceo of a specialty chain said, “It’s going to be tough. Retailers are nervous. You’ve been seeing sales signs in many windows, 40 percent off. But at the end of the day, most retail companies discount today anyway. When has Christmas never been promotional? How many decades ago was that?”

Hopes are running high for the immediate days ahead, based on some late fall momentum, accelerating online and mobile sales, and planned markdowns that should be twice as steep as earlier this month. In terms of categories, electronics, toys, apparel and gift cards will be the standouts.

“Considering the crowds that came out at midnight Thanksgiving last year, I think Thanksgiving this year will be gigantic,” said Kathryn Bufano, president and chief merchandising officer of Belk Inc. The Charlotte, N.C.-based department store chain is opening at 8 p.m. Thanksgiving, as is much of the competition, notably Macy’s and J.C. Penney.

Bufano said Belk is going out of its way to make the atmosphere festive in its stores for Thanksgiving, providing time-and-a-half pay, split shifts and catered meals.

For customers, Belk will have gift card giveaways, with one $1,000 winner per store and others receiving gift cards with lower amounts, all on a first-come, first-served basis. Belk will also offer more than 300 “superbuys” this year, versus 200 last year, with boots, priced $19.99 expected to be huge. “I think it will be a frenzy. Our boot business is up 45 percent this year,” Bufano said. Tailored men’s wear, shirts, ties, women’s suits, designer handbags and fashion watches have been strong areas at Belk. In addition, “women’s has rebounded,” she said.

Echoing the sentiments of other retailers, Bufano added, “I am concerned. November has become a much more important month over the years with all the early openings. We still have last-minute shoppers, but with one less week this year, it’s going to be problematic.”  Bufano predicted that Belk in November will be up double digits, while December will be flat. “If we could pull off flat with one less week, we would call that a major, major victory.”

“It’s not how many days there are between Thanksgiving and Christmas that matters. What matters is how many days consumers see 50 percent off,” said Britt Beemer, chairman of America’s Research Group, who predicts an 8 percent comp-store increase in sales for Black Friday weekend, though only about a 2.5 percent gain for the season overall.

Collin Brinkman, director of retail and distribution practice at Deloitte LLP, agreed. “People don’t spend less because there are fewer days, between Thanksgiving and Christmas,” he said. “We actually ran some numbers, and found that there really is no difference in spending patterns. We don’t see a measurable difference though fewer days is something people like to talk about.”

“The single biggest traffic pattern shift is the fact that Black Friday is now becoming Black Thanksgiving, which makes for a bleak Thanksgiving,” said Craig Johnson, president of Customer Growth Partners. “It intrudes on the day. You eat early, you rush out. You can’t see the football games. Black Friday openings at 6 in the morning has now flipped to 6 or 8 the night before. Now everything is fast-forwarded, when you move demand forward it doesn’t increase the demand pool, it just stretches it forward. It has to cannibalize it or take it from somewhere else. Mostly, it comes out of Black Friday, particularly in the early morning hours. I don’t think it’s going to be a material impact. I’m not sure there is a huge advantage to this.”

Johnson sees consumer electronics as the leading category this year, led by a list of hot products such as the iPad Mini; new video game consoles Xbox One from Microsoft and PlayStation 4 from Sony will be in short supply.

He agreed Wal-Mart is positioned for a strong Thanksgiving period, as is Best Buy. “There is a Black Friday midnight demand pool for hot consumer electronic items. It makes sense to serve that demand. You can capture incremental share of that market. Just selling apparel tops and bottoms and accessories there is no huge advantage, unless there is some super special sale.”

Johnson predicted total sales up 2.9 percent for the season and comps at only about half that. He cited per-capita real income growth at only 0.9 percent year-over-year, the personal savings rate increasing from 3.5 percent to 4.9 percent this year — though gas prices coming down and people using their credit cards more regularly could offset some of the negative factors. “This will be a humbug holiday. It’s not going to be a great year. Mall traffic is light-ish. Outlet malls are lighter than usual, but you can make up a little bit on ticket side, with dollars per transaction.”

Beemer said it’s a make or break holiday season for J.C. Penney, which is struggling for survival; Wal-Mart is well positioned given price drops in electronics, in-stock guarantees on items for specified hours, and by being very strategic with early-bird specials spread out over Thursday night and Friday morning. Target could do well, if they jump on kids apparel where there is some pent-up demand after a weak back-to-school period. Macy’s, given recent healthy sales and extensive exclusive offerings, could do well, too, if there’s the right balance of specials on fashion and housewares.

Schurman said, “We are not trying to drive traffic through promotional activity, although we do have some great offers and will promote as we need to. Our focus is to be really best where we can be within each of our brands and stand for something in terms of being a specialist. Everyone else is trying to dabble across all these businesses. At Papyrus, we are expanding our selection of holiday box cards, holiday individual cards and holiday wrapping like never before. Our customers are asking for more variety, more sentiment, more collections. You won’t find T-shirts.”

Despite the shorter calendar, “I think customers will spend the same in the end,” Schurman said. “The emotional draw around the holidays is the same. Closer to the end of the season, they may be less conscious of price.”

Fitch expects 2013 holiday sales to grow 3 to 4 percent, in line with the National Retail Federation’s forecast for a November-December increase of 3.9 percent, to $602 billion.

Moody’s said the best-performing categories will continue to be toys, electronics, party goods, luxury goods and retailers whose goods are perceived to offer value. “We do not expect the increased spending on autos and home improvement in the first nine months of the year to constrain holiday sales on traditional gifts such as toys and electronics,” the company said. “New product launches such as the Xbox One and PlayStation 4, along with the recent iPhone 5c and 5s, should provide a boost in electronics sales for companies such as Best Buy, Toys ‘R’ Us and Amazon.com over the holidays. However, given lingering constraints on consumer wallets, sales of these items could cut into apparel sales growth to some extent….We expect that consumers will look past U.S. fiscal policy debates and continued economic uncertainties, as they have in the past. Last year, holiday sales still managed to grow a modest 3.8 percent despite Hurricane Sandy and the fiscal cliff crisis.”

Deloitte’s Brinkman thinks retailers were hardly rewarded by earlier hours Thanksgiving. “People are losing interest on leaving home on Thanksgiving Day to start their shopping,” Brinkman told WWD. “That’s interesting considering more stores are opening this year and opening earlier. There is a divergence….We are still predicting an increase of 4 and 4.5 percent, total sales. We still believe there is growth.”

Regarding traffic patterns, Brinkman said consumers are buying more evenly across the holiday spending period, rather than huge spikes, and that consumers have greater visibility into pricing fluctuations and are better able to measure what a good deal looks like. “The pace is not as frenetic to get the best deal because people have a better idea of what the best deals look like.”

According to Deloitte statistics, among holiday weekend shoppers, 13 percent plan to shop in stores on Thanksgiving Day, down from 23 percent last year. Holiday weekend shoppers will split their budget evenly between the Internet and stores, and nearly a quarter of Americans will take advantage of Black Friday deals online.

Ranking categories in order of preference for holiday shopping, Deloitte said gift cards is number one, followed by clothing, where there will be a lot of self-purchasing off deals; electronics; books; cash; games; toys; dolls; food, and liquor.

On the digital front, “the trend is absolutely around consumers being able to shop and pay more flexibly, wherever and whenever they want,” observed Stacy General, PayPal’s consumer experience advocate. “One of the things we have seen in our social media analysis is that 89 percent of consumers don’t like waiting in line. Consumers would rather forgo buying than waiting in line, and prefer to shop using their tablets and mobile devices at home. We call that ‘couch commerce’ — shopping from the comfort of home. That trend is up 350 percent between 2011 and 2012.”

With e-commerce sales expected to continue to accelerate, ChannelAdvisor, a provider of multichannel e-commerce solutions, gave an early read on the holiday. The firm reported that for the weekends before Thanksgiving in 2012 and 2013, Amazon was up 43.2 percent, eBay was up 31.6 percent and Google Shopping rose 110 percent. Scot Wingo, ceo of ChannelAdvisor, said shopping via the smartphone and tablet is up 20 percent from last year and taking share from desktop shopping.