That’s on top of the $551 million the retailer lost last quarter.

The Michael Kors flagship in Paris.

The effects of the coronavirus pandemic continue to play out at Capri Holdings Ltd.

The fashion house — parent company to the Michael Kors, Versace and Jimmy Choo brands — lost another $180 million during the most recent quarter as a result of the global health crisis and subsequent shutdowns. That’s on top of the $551 million loss the company reported last quarter. 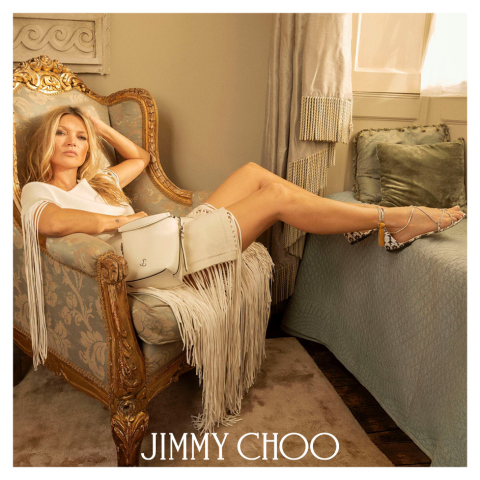 “The COVID-19 pandemic continues to profoundly impact the entire world,” John D. Idol, Capri’s chairman and chief executive officer, said in a statement. “Looking at our progress in the fiscal first quarter, we were encouraged by trends across all three of our luxury houses, with sales and margin performance ahead of our initial expectations. We were particularly pleased with the strong growth of our e-commerce business, as well the sequential improvement in overall revenue trends through the first quarter and into July.

“During these unprecedented times, we plan to continue to execute on our strategic growth initiatives and remain confident in the long-term opportunities for each of our unique global luxury houses,” Idol continued. “Capri Holdings has a portfolio of three iconic, founder-led fashion luxury brands that have enduring value and a long history of successfully navigating challenging periods. We will continue to carefully guide our business through the current retail environment, while positioning the company to resume its growth trajectory in fiscal 2022.” 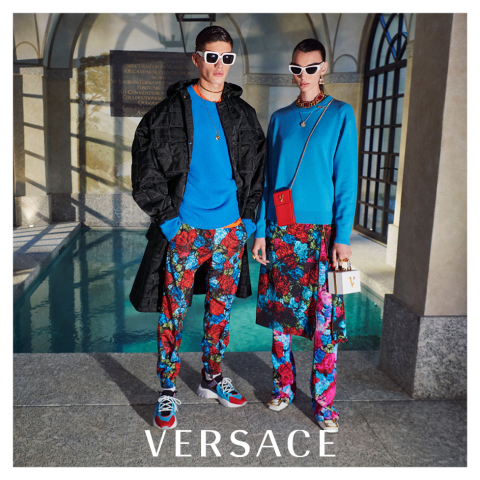 For the three-month period ending June 27, Capri’s total revenues were $451 million, down from $1.3 billion the same time last year, while the company lost $180 million, compared with net profits of $45 million last year.

Still, the 66.5 percent drop in total revenues was slightly better than expected, causing the stock to shoot up more than 12 percent at the start of Wednesday’s session. (In early July, the retailer anticipated top-line sales would fall by 70 percent during the most recent quarter.)

The fashion house ended the quarter with about $1.1 billion in liquidity, including $207 million in cash. Capri also has $1.8 million in debt and $948 million in inventory, representing a 7 percent decline from the previous year.

The company is not providing forward-looking guidance, but anticipates revenues to drop by about 40 percent year-over-year in the current quarter.

Capri took perhaps its biggest hit in revenues from store closures. The company, like most retailers, was forced to temporarily shut all of its stores outside of Asia in mid-March and did not begin reopening stores until late May. About 70 percent of stores had reopened by the end of the most recent quarter. As of Wednesday, the majority of stores have reopened, with exceptions in Japan and Australia, where cases of the virus continue to tick upward.

The dramatic drop in tourism also negatively impacted the company.

“Tourism and travel-related sales comprised a meaningful part of our business,” Idol said on Wednesday morning’s conference call with analysts. “Tourist activity impacts our travel retail channel, as well as many important flagship locations in major tourist destinations. We’re at the peak season of where tourists would be coming to London and Paris and Milan and Florence and Barcelona and all these very important cities where we do huge volume. And obviously that’s not going to happen this year.”

He added that Hong Kong and Macau’s recent surge in coronavirus cases is “very painful.”

“Those are significant businesses for us and [for] most luxury companies,” Idol said.

Capri ended the quarter with 1,254 stores, compared with 1,264 the same time last year, or 204 Versace stores, 228 Jimmy Choo stores and 822 Michael Kors units. In July, executives said the company plans to continue opening Versace and Jimmy Choo stores, ramping up the total number of stores in each brand to around 300, while closing roughly 150 unprofitable Michael Kors locations.

“Michael Kors is still a very profitable business and we actually think — while we cannot get back to our peak periods — we think we can make that a significantly better number than what [revenues] were last year,” Idol said. “Obviously that won’t happen in the current fiscal year, but we are planning for 2022. Clearly, that will be a smaller business for many reasons — whether that’s wholesale closures, whether that’s door traffic being down — but we think we can hit some very significant profitability levels given our ability to reduce costs, to be in line with what our revenues are, plus the strategic initiatives that we’re putting in place that will increase gross margin and increase productivity in existing stores will be in place.

“We need brick-and-mortar to work,” he continued. “I mean, as an industry, we all need it to work. And we believe it will come back. It will be probably a little different than what it was before, more e-commerce revenues versus as much store revenues. But even today [stores are] a bigger percentage of our business…as travel retail recovers, I think we’ll be able to reach those objectives.”

In addition to e-commerce growth — up 30 percent in the quarter year-over-year — Idol said there were a few other bright spots, such as Jimmy Choo’s accessories and casual sneaker business, the Michael Kors’ men’s business and the increased social media following across all three brands. He added that both the Jimmy Choo and Versace businesses were under-penetrated, which means they have potential to grow — with annual revenues up to $1 billion and $2 billion respectively.

“We’ve got some quite lofty goals for Versace and Jimmy Choo to increase the size of that ecosystem,” Idol said. “And as we do that, we can do a lot more targeted marketing. This [crisis] is going to take time for us to work our way out of it, but we feel like we’re positioned the right way given our asset allocation toward e-commerce and omni and clearly North America has the largest percentage of that for us both in our own channels, as well as our department store partners.”

Michael Kors will also continue to raise prices, something the brand has been doing for at least the last three quarters.

“We’re one of the most — if not the most — important American fashion luxury brand in the world and we’re going to price our products accordingly,” Idol said. “And we have seen no resistance when we have been taking prices up so far. And, again, that also always depends on whether you have the right product or not.

“We saw more new customers coming to basically all of our luxury houses during [the pandemic] and that was with less marketing,” Idol continued. “So they were searching us out. They wanted our products and our brands and Michael Kors saw the highest percentage of that. I think these are all really good indicators. So if you hear me sounding positive during probably one of the most bleak periods of time in our industry, it’s because a lot of the strategies that we put in place. They’re working. And we decided as a management team not to change those strategies during this very difficult time.”