Revlon will delay the launch of Flair, its prestige fragrance, until 2007 due to less robust growth from Vital Radiance and Almay. 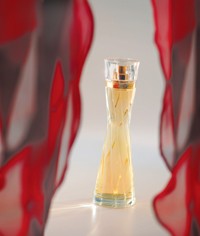 Gary Gensler to Lead the SEC, as Retail Scrambles for Recovery

The beauty company said on Friday that it will postpone its most anticipated launch of the year — a prestige fragrance. The firm is expecting year-end earnings before interest, taxes, depreciation, amortization and other onetime items to be at or below 2005 levels, mainly due to slower-than-expected growth from its Vital Radiance and Almay makeup brands. Revlon’s adjusted EBITDA in 2005 was $167 million with sales of $1.3 billion.

In a conference call with analysts Friday, Jack Stahl, Revlon’s president and chief executive officer, said the reason for the revised outlook is due to April ACNeilsen data, which indicated slower sales than the company was hoping to see.

“We are seeing a slower build for Vital Radiance and greater demands from retailers that [new] brands build more quickly than in the past,” he said.

Stahl said on the call that the company is “pleased with the growth that we are achieving, although it is not as much as we were previously expecting.” He said partly driving the revised outlook is “significantly greater competitive marketing pressure, really beyond the level that we have seen in the past.”

Stahl said shelf resets for both Vital Radiance, a new makeup line targeting an older consumer, and Almay, which was revamped and commanded more shelf space this year, were not complete until April.

Given the focus Vital Radiance, Almay and the rest of the Revlon business will require for the balance of the year, the company said it would “delay the launch of Flair until 2007.”

Revlon also said it will defer its $75 million equity offering to later this year or early next year and will defer consideration of the previously announced proposed refinancing of its current credit facility.