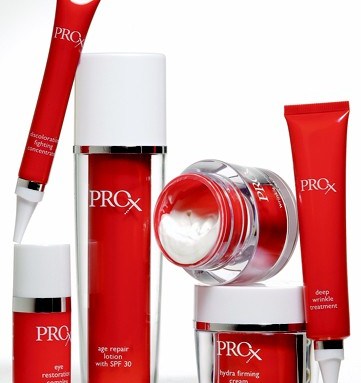 The giants of the beauty world are priming their promotional pumps as they look to grab market share in an improving world economy.

On Thursday, Procter & Gamble Co. attributed part of the 7.4 percent revenue gain in the third quarter to more aggressive advertising spending, much of it tied to the “Thank You, Mom” campaign run during the Winter Olympics and Paralympics which included 18 of the consumer products giant’s brands. In the U.K., Unilever, which reported a 31 percent spike in first-quarter profits to go with a 6.7 percent increase in sales, said its advertising and promotional spend, as a percentage of sales, increased 220 basis points in the period and advertising and promotional spending would be “comfortably ahead” for the full year.

Revlon Inc., which saw sales inch up 0.7 percent in the first quarter, plans to augment sales growth through advertising in the current second quarter as the firm refines its focus “to build the brands we have today,” according to Alan Ennis, president and chief executive officer.

On Tuesday, The Estée Lauder Cos., which reported it more than doubled third-quarter profits, said it would increase advertising, in-store merchandising and product sampling by 35 percent in the fiscal year’s final quarter as the firm seeks to encourage consumers to return to luxury products. (For more financial results from the beauty industry, go to wwd.com/beauty-industry-news.)

P&G has bolstered brand impressions by more than 20 percent over the year-ago period.

For instance, during the quarter, the company launched the Olay skin care brand in 15 countries, while introducing Olay Natural White in India and expanding its Olay Total Effect Body Wash to Thailand, among other countries.

“We are acting more intentionally as one company,” said Moeller.

For fiscal 2010, P&G continues to expect organic sales growth of 3 to 5 percent.

Revlon said it began to see signs of growth and economic recovery across the mass channel in March, but ceo Ennis said, “I’d be reluctant to say we are out of the woods.”

Revlon’s U.S. sales declined 4.7 percent to $182.1 million, compared with $191 million in the same quarter last year, when the firm benefited from the strong launches of Almay Pure Blends and Revlon Pedi-Expert, according to the company.

Asked by an analyst when Revlon expects to grow organic sales on a more consistent basis, Chris Elshaw, executive vice president and chief operating officer, reiterated the company’s strategy relies on product innovation; advertising, which he said “resonates more today than it did a few years ago,” and efforts at point-of-sale, where competition has intensified. He noted the company is “fine-tuning” its promotional activity.

Ennis told WWD, “I feel much better today than I did two years ago about the quality or our portfolio.” He continued, “We also are much stronger from a financial standpoint.”

During the earnings call, Ennis said, “We feel extremely well positioned in terms of innovation.” Referring to Alan Meyers, who joined Revlon as executive vice president and chief science officer in January, Ennis later added: “He’s only been here for fourth months, but already I see him elevating our game to the next level” with new technologies and formulas.

Despite top- and bottom-line advances, Unilever’s ceo, Paul Polman, told analysts on a conference call, “We continue to believe that the recovery will be long and drawn out, and we plan our business accordingly,”

Dollar figures have been converted at average exchange rates for the period.

“Quarter one marks an important turning point in the evolution of our underlying sales growth,” said Jean-Marc Huët, Unilever’s chief financial officer, during the conference call. “[It is] the first sequential improvement in our growth rate since [the third quarter of] 2008, when pricing peaked.

“Volume growth in quarter one was the highest we have seen in many years,” he continued.

The firm’s personal care division reported underlying sales growth of 7.9 percent to reach 3.13 billion euros, or $4.34 billion, in the three-month period. Unilever attributed the gain to a “strong flow of innovations,” including Dove Men+Care.

With the increase in first-quarter advertising and promotion, Huët commented, “We now expect full-year A&P spend to be comfortably ahead of where we were in 2009.”

Looking ahead, Polman advised analysts not to “run ahead” of themselves.

“Our guidance is clear,” he said. “We will continue to focus on profitable volume growth, whilst delivering steady and sustainable year-on-year improvements in operating margin as well as strong cash flow.”