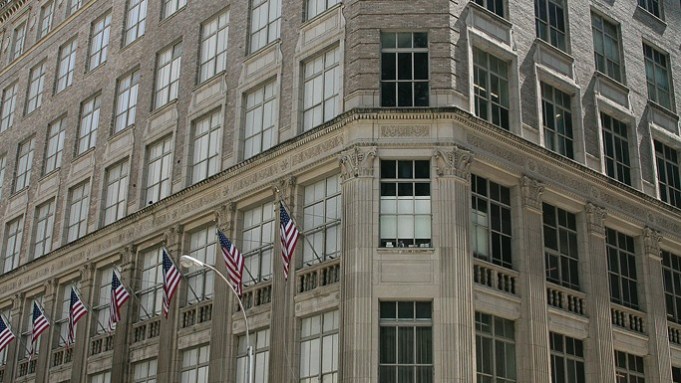 On Monday morning, Baker, the chairman and chief executive officer of the Toronto-based Hudson’s Bay Co., disclosed a definitive deal for HBC to buy Saks for $2.9 billion, including debt. If the deal goes through, it would create a $7.3 billion North American, coast-to-coast department store operation linking three of the continent’s oldest, most venerable retail nameplates: Saks, Lord & Taylor and Hudson’s Bay.

More specifically, the deal would shake up New York’s retail scene by putting two of the city’s biggest flagships just 10 blocks from each other, under a single owner.

Baker’s bid for Saks ends years of speculation over a possible takeover of the retailer, but generates its own fair share of questions. It remains unclear what will happen in the future to Saks’ management team, led by chairman and ceo Stephen I. Sadove; what cuts Baker might make to generate synergies and savings, and most importantly, how he can close the productivity gap between Saks and its major competitors — Neiman Marcus and Nordstrom — which has long challenged different store regimes. While Saks under Sadove has improved profitability, it’s still well below the competition, and productivity is more of an issue now since Neiman’s owners are eyeing an initial public offering for the Dallas-based retailer and because Nordstrom is due to enter HBC’s home turf, Canada.

Baker already has a plan, however. Once the deal for Hudson’s Bay Co. to buy Saks is finalized, the combined team will move fast on “four major opportunities” to elevate Saks, Baker told WWD. “We plan on spending a lot of money renovating Saks stores, making the Saks business more luxurious, more exciting, and as compelling as we can. You know we have history with Lord & Taylor and Hudson’s Bay of doing exactly that,” Baker said. “We will hit the ground running once we close the deal, which will be in three to six months.”

Monday’s announcement confirmed exclusive WWD reports that HBC had been the front-runner to buy Saks and was closing in on a deal. Saks has over $3 billion in annual revenues, while HBC’s is $4.1 billion.

Baker emphasized the possibility of creating a real estate investment trust to de-leverage HBC from the debt arising from the Saks deal and unlock the value of HBC’s retail real estate across its divisions. “We have all this fantastic real estate that we can put into a REIT structure and create tremendous value for shareholders,” he said.

The real estate assets of Hudson’s Bay, Lord & Taylor and Saks would all be part of the REIT, with the retail operating company running L&T, HB and Saks owning most REIT shares and basically paying rent to itself. Baker cited Loblaw Cos. Ltd.’s REIT as the model for HBC. The Canadian Loblaw’s owns 80 percent of its REIT, which distributes back to its operating company.

With the HBC REIT, “The customer is not going to see anything different,” Baker said.

He also stressed that there are no plans to convert any of HBC’s retail real estate into condos or hotels. “That’s not the plan,” he said. At one time, Baker was considering downsizing the L&T flagship on Fifth Avenue and building offices or residences atop the store. He plans to re-brand certain Hudson’s Bay stores as Saks, or Saks stores as Lord & Taylor, and may even insert Saks into certain larger Hudson’s Bay boxes to beef up productivity. In Canada, “there might be opportunity to build from ground up a new Saks store,” Baker added.

Canada represents a major growth opportunity for Saks, said Baker, who foresees up to seven full-line Saks stores and 25 Off 5th outlets there, and furthering Saks’ Internet business by establishing a Canadian saks.com. Canada is already saks.com’s largest international ship-to market. “We have a fantastic opportunity to grow Saks in Canada with full-line, Off 5th and Internet,” Baker said. “The Internet business will have returns at Hudson’s Bay stores all across the country. In Canada, there is no luxury retailer that has an Internet site.”

RELATED STORY: The History of Saks, a Picture of Luxury >>

Isaac Lagnado, president of Tactical Retail Solutions, had another perspective. “I could see two or three major Saks stores in Canada, quarter-million-square-foot stores in Montreal, Toronto and to some degree in Vancouver, and a couple of satellite stores,” Lagnado said. “There is not much demand for luxury in Canada. It’s largely a middle kind of customer that’s loyal to Hudson’s Bay. Toronto is a sophisticated city but it’s not Tokyo.”

A fourth opportunity cited by Baker is to save HBC $100 million annually three years from now through synergies, which means consolidations. IT, logistics, finance and accounting are among the areas that could be hit with cuts. Reducing some distribution and office space is also likely. Baker also expects the deal will strengthen vendor partnerships through the increased buying power. Saks, said Baker, will operate separately under the HBC umbrella, including maintaining its own merchandising, marketing and store operations teams, and will remain headquartered in New York City.

Saks Fifth Avenue has long been on Baker’s radar. “It’s been about five years that we figured with Lord & Taylor and Saks we could create a lot of synergies,” he said during an interview. Baker is already quite familiar with Saks’ business because he has several former Saks executives working for him. They include HBC’s chief operating officer Don Watros; chief marketing officer Marc Metrick; Chris Sim, planning head; Parker Vaughey, corporate business development, as well as brand consultant Jaqui Lividini, who runs her own firm.

While he has met with Saks’ Sadove on occasion, it’s only recently that HBC was “properly prepared” to make the Saks acquisition by having established its shared services infrastructure in Canada, for operations at both the Hudson’s Bay and Lord & Taylor divisions of HBC, and by largely paying off acquisition-related debt by selling the real estate of the former Zellers division in Canada to Target.

For Baker and his team, elevating all three retail nameplates would be a bona fide retail hat trick. Hudson’s Bay appears to currently be the best performer of the trio, and according to Baker, is outperforming its peer group.

On the other hand, Lord & Taylor’s performance has lately been sluggish, marked by negative comp-store sales. “I am not unhappy with how Lord & Taylor has been performing,” Baker said, adding that the store is performing no worse than its peer group and was impacted by Hurricane Sandy.

Saks has closed about 20 stores in the past decade, will close more and maintains slim profits but has shown profit improvements in the last couple of years. Its management is highly regarded, though the retailer has been beset by years of changing managements and ownerships, and tough competition from Neiman Marcus, Bloomingdale’s, Nordstrom and designer specialty stores.

With Saks soon to be sold, questions on the future for Sadove, Saks president Ron Frasch and other executives have emerged.

Asked about Sadove’s fate, Baker replied, “We haven’t had those conversations yet. It’s too soon for a plan…We have a tremendous amount respect for Steve and Ron.” Baker did say that Saks will continue to have a full set of planners and buyers, and will be managed and run separately.

Sadove was not available for comment Monday but issued a statement that read, “We believe this transaction delivers compelling value to our shareholders and that Saks Fifth Avenue is an excellent fit within the HBC organization. We also believe that HBC recognizes the tremendous value of our people, our real estate, and our customer and vendor relationships, and most importantly the power and potential of our iconic brand. The $16 per share price represents an approximate 30 percent premium to the May 20, 2013 closing price, the day before media speculation began. We have made significant progress over the past few years to position Saks for future growth and to evolve into an omni-channel retailer.”

Sources said it’s unlikely that Sadove would report to Baker, after years of only reporting to the Saks board, and that Baker would bring in someone new. One possibility is Brendan Hoffman, currently ceo of The Bon-Ton Stores Inc., who previously served as ceo of Lord & Taylor, working for Baker, and earlier ran Neiman Marcus Direct. He would be a strong candidate for Saks given his luxury and department store experience.

Speculation has also swirled around Bonnie Brooks, who is shifting from president to vice chairman of HBC, and would be a logical candidate for Saks ceo. That does not appear to be the case now. Asked about Brooks’ role at HBC, Baker replied, “Nothing has changed. She’ll be vice chairman at the end of the year, involved in all the things we discussed. She will be helping me with strategy, creating excitement and involved in all of our different businesses. Bonnie is not going anywhere.”

Before significant changes occur at Saks, it must go through a 40-day “go shop” period, allowing Saks to solicit alternative proposals. Saks said it does not anticipate any developments from the “go shop.” Baker described the go shop as “relatively customary” for a public company, insisted upon by the seller. He declined to explain the sale process that occurred with Saks, but he did say, “We have a perpetual right” to match an 11th-hour offer, and that HBC has a considerable breakup fee if its offer is supplanted by another. “Someone would have to do a lot of work and spend a lot of money,” to beat his offer.

The deal creates $3.2 billion in total debt outstanding. HBC will finance the transaction and refinance some of its debt with about $1 billion of new equity, $1.9 billion of senior secured loans, $400 million of senior unsecured notes and cash on hand. An entity affiliated with Ontario Teachers’ Pension Plan and funds advised by West Face Capital Inc. have committed to provide HBC with $500 million and $250 million of equity funding, respectively, to support the transaction.

Bank of America Merrill Lynch and Royal Bank of Canada have provided HBC with credit facilities.