Compagnie Financiere Richemont, the Swiss luxury goods group and parent of Cartier and Dunhill, continues to ride the luxury boom. 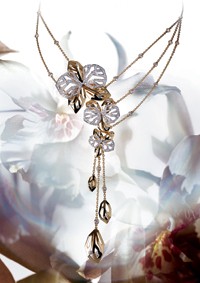 “This has been an excellent year for Richemont, and all of our executives and employees are to be commended on their contribution,” said Johann Rupert, Richemont’s executive chairman, in a statement Thursday.

Indeed, Richemont’s bottom line suffered only from tough comparisons with last year. The company had reaped major gains from its stake in British American Tobacco when that company restructured its U.S. operations in the previous fiscal year.

Stripping out last year’s gains from BAT, Richemont’s profit would have increased 36 percent to 1.13 billion euros, or $1.38 billion, in the year. All currency conversions are made at average exchange rates for the respective periods.

“Analysts tend to view Richemont as a pure luxury group, so we automatically strip out any gains from BAT,” said Antoine Belge, analyst at HSBC in Paris. “We focus more on operating profit, and that was an excellent figure.”

Belge said Richemont could have nudged operating profits even higher, had it not been for the firm’s increased investment in communication, which rose 21 percent, and in selling and distribution, which rose 12 percent.

“They really decided to push the investments in the second half, and they’ve got a point. In emerging markets like China, you have to be in there ahead of the competition,” said the analyst.

Rupert added the new year has kicked off in style: Sales in April and May increased 18 percent, with strong demand in all regions. However, the perennially cautious South African executive was reluctant to give any upbeat guidance for the current fiscal year.

He said Richemont would be “monitoring closely” the recent strengthening of the euro against the dollar, and added it was impossible to say how the global economy may develop during the remainder of the current year.

His colleagues, however, were more optimistic.

In a conference call Thursday, Alan Grieve, head of corporate communications and executive director, said Richemont was “very well positioned for the future,” thanks to the growing market for luxury goods and to emerging markets.

“And we’ve had a very good start to the current year,” he added.

But Belge of HSBC said 18 percent growth won’t be sustainable over the year and he’s expecting sales growth to settle down to 12 to 13 percent.

“Eighteen percent is not a ‘luxury goods level.’ But Richemont has nothing to worry about — they’re not selling boxes of soap,” said Belge.

For the first time, the group has reported its results in compliance with the International Financial Reporting Standards, and comparative figures from the 2004-05 fiscal year have been restated.

Sales at Richemont’s jewelry houses, which include Cartier and Van Cleef & Arpels, rose 15 percent in the period, powered chiefly by new launches at Cartier. During the period, Cartier’s 13 Rue de la Paix flagship in Paris reopened and a flagship in Aoyama, Tokyo, made its debut.

Specialist watchmakers posted a sales increase of 22 percent, with the highest rate of growth in the Americas.

Mont Blanc, which Richemont chief executive Norbert Platt referred to as a “star brand,” saw sales rise 17 percent, reflecting the company’s growth as a retailer, with one-third of sales now being made through directly owned stores.

At the company’s “other businesses” division, which includes Chloé, Shanghai Tang and gunmaker Purdey, sales rose 32 percent. Excluding the impact of the Hackett sale, they would have risen 66 percent.

Sales at Chloé more than doubled in the year, driven in particular by demand for the Paddington bag and by the secondary See by Chloé line, as well as by wholesale distribution and new store openings. In the conference call, Platt said Chloé was growing “beyond the company’s expectations,” and that Tang was “a very nice brand, small and profitable.”

He said the company intended to hang on to Tang, and is interested to see if it can grow globally, beyond China.

Platt added Richemont was not currently considering any more disposals — or acquisitions. “We don’t see any major opportunities out there. We have great brands with great potential and we’ll be focusing on those.”

Richemont is still working on turning around Lancel and Dunhill, the two weakest brands in its stable. Lancel was able to halve its operating losses in the fiscal year to 8 million euros, or $9.7 million. Lancel achieved double-digit sales growth in France during the year and is growing markets including Hong Kong and China.

“Dunhill is a long-term issue, and we now have younger people in place whom we hope will be running it for the next 10 years. The brand is growing in China and the Far East — but the rest will take time,” Platt admitted.

Rupert added in the statement that Dunhill was solving its supply chain and sourcing issues by taking direct control over distribution. It has bought 30 stores back from franchise partners in key locations including Beijing and Shanghai. Dunhill also will open a series of shop-in-shops in Europe, and extend the reach of its e-commerce platform.

By region, European markets generated 42 percent of Richemont’s sales in the fiscal year, and top performers were France, Italy and Switzerland. Sales in Europe increased 15 percent, although sales in the U.K. were flat.

In Japan, sales increased 13 percent, while in Asia-Pacific, they increased 19 percent, thanks to a strong demand for watches. Sales in China reached historic rates, the company said, generating 13 percent of all Asia-Pacific sales.

Sales in the Americas reflected the strength of consumer confidence in the U.S. market, Richemont said, with most brands reporting double-digit growth.