The chief executive officer of Metropole Realty Advisors Inc. has combined his loves of luxury and skiing into a new venture. 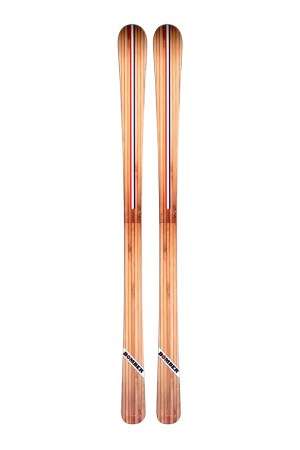 Robert Siegel, the chief executive of Metropole Realty Advisors Inc., has combined his loves of luxury and skiing into a new venture.

Siegel, along with his Metropole partner KT Stallings Bren, have attained a majority stake in Bomber Ski. Ross Anapolle, who founded Bomber Ski in 2010, and Travis Cloud, a former U.S. Ski Team member, are also partners.

The deal, put together eight weeks ago, will fuel growth for Bomber Ski, the couturier of ski makers. It specializes in high-priced, custom-made skis for individuals and companies. Already, Bomber has customized skis for NBC Sports, Cipriani, Ketel One Vodka, Hundred Acre wines and The St. Regis. The brand supplies the U.S. and Canadian ski teams and can be bought at Paragon, certain ski resorts and online.

“Bomber Ski fits right into my luxury experience,” Siegel said during an interview at 681 Fifth Avenue in New York, Metropole headquarters, which also serves as the Bomber showroom. “The skis cost more than others but we are building the best skis that can be produced. They’re custom-made and handcrafted in Italy. We are not interested in mass production.” The skis are manufactured with Austrian edges, a solid wood core, and an Italian base of resin and wax that’s used by World Cup skiers for maximum speed. Siegel declined to disclose his stake in the business.

It’s probably only a matter of time before Bomber Skis turn up in the showrooms of fashion firms, since Siegel’s primary business is as a developer and real estate broker-adviser linking luxury brands and retailers with upscale properties and locations. Siegel said he’s considering developing Bomber Ski apparel, and is working on a program with New York City to bring snow-making machines and ski instruction for children to 10 city parks, two per borough. Astoria Park in Queens will pilot the program, Siegel said.

He’s been skiing since he was two and attended the Green Mountain Valley ski academy/boarding school in Vermont, where he trained to be a ski racer. “It was like the military for skiing. My passion for the sport was as great as anyone’s [although] I wouldn’t say I was as great as anyone [negotiating the slopes].”